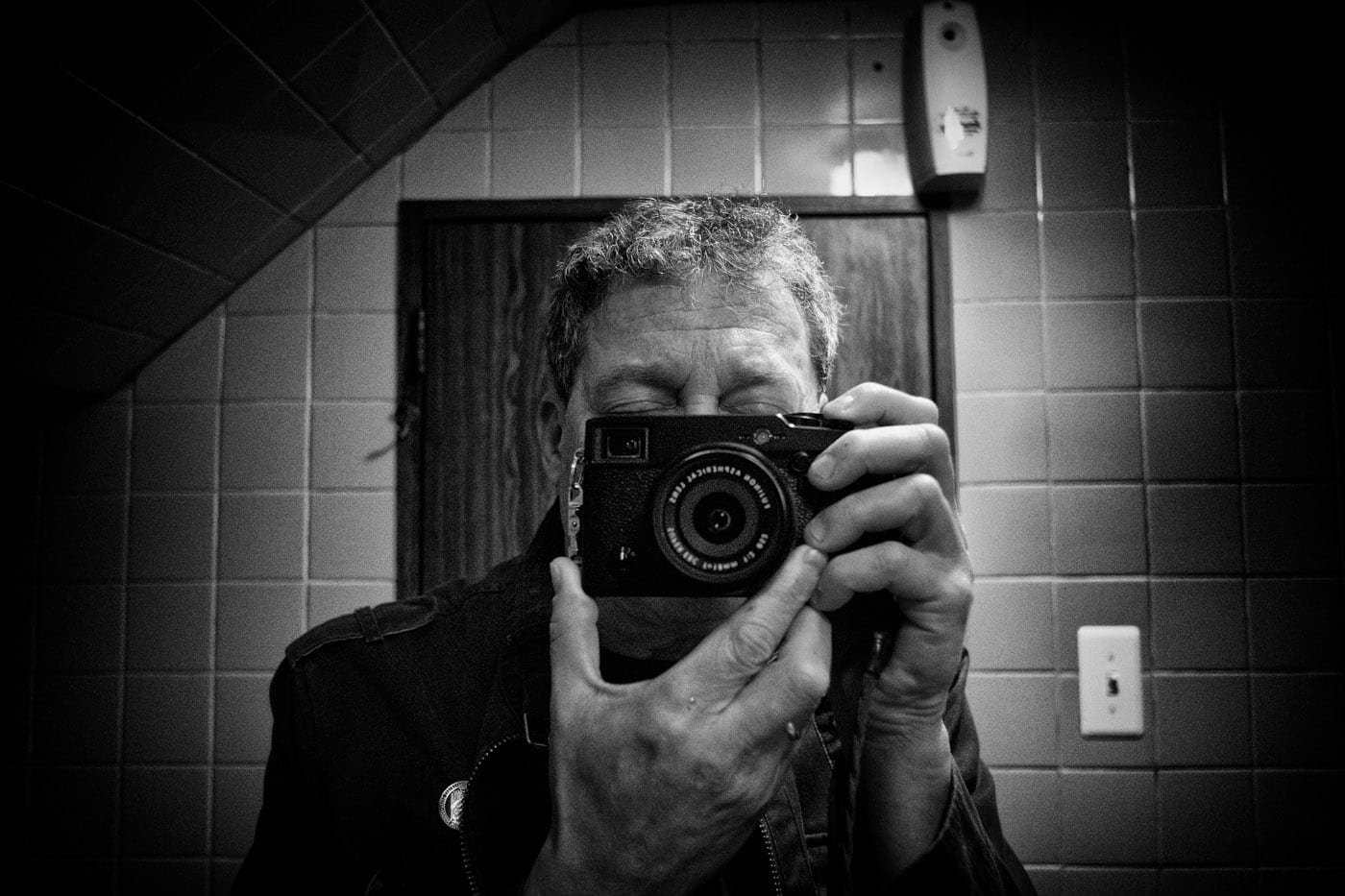 I was drinking a cup of Kona at my desk in the back bedroom that’s converted to my office when Tanya let’s me use it. I heard a rumble going on and I wanted to see what the ruckus was about. Well, The Fuji XP1 named Andre’ was arguing with the Fuji XP1 named Garry. See, Garry wanted to get out and on the street but…..that’s not the argument. See, Garry wanted to go out with the 18mm that thinks its a 27mm but acts like  28mm but we doin’ have to go there….not yet. Andre’ insisted that he should go because he has the 23mm that acts like a 35mm and he’s convinced that the Shooter fella like that FOV. Of course, so far…I have nothing to say to my cameras and lenses. They have to resolve this to keep peace on the camera shelf.

Well, Garry pointed out that his job was to provide a 50mm fov with the 35mm and also a 28mm fov with the 18mm. He said that he respected Andre’ the senior XP1 on the shelf too much to ask jim to change lenses. Of Andre’ being the gentleman camera that he is, let the younger less experienced Garry take the day. As it turns out, the lens decision was made by the cameras and I was not included in the process. So as I under stand it….Garry was going out with me with the 18mm that thinks it’s a 28mm but is really maybe….a 27mm.

I stopped for an illegal breakfast that was as always, well as it was always great. 1 egg, over easy, 2 slices of Philly pork roll fried crispy on the edges, a cup of coffee and a glass of water. 2 slices of wheat toast with pure 100% butter tops it off. I told Garry that if he told Tanya the Russian wife that has no tolerance for me not following the rules of good health, that he would never be on the street again. Garry turned his switch off until breakfast was finished.

My heart doesn’t like this breakfast combo. In fact nothing in my body needs this breakfast but….it sure as heck taste good and makes me feel good in spirit. 1 time a month I can be a bad …bad…man. 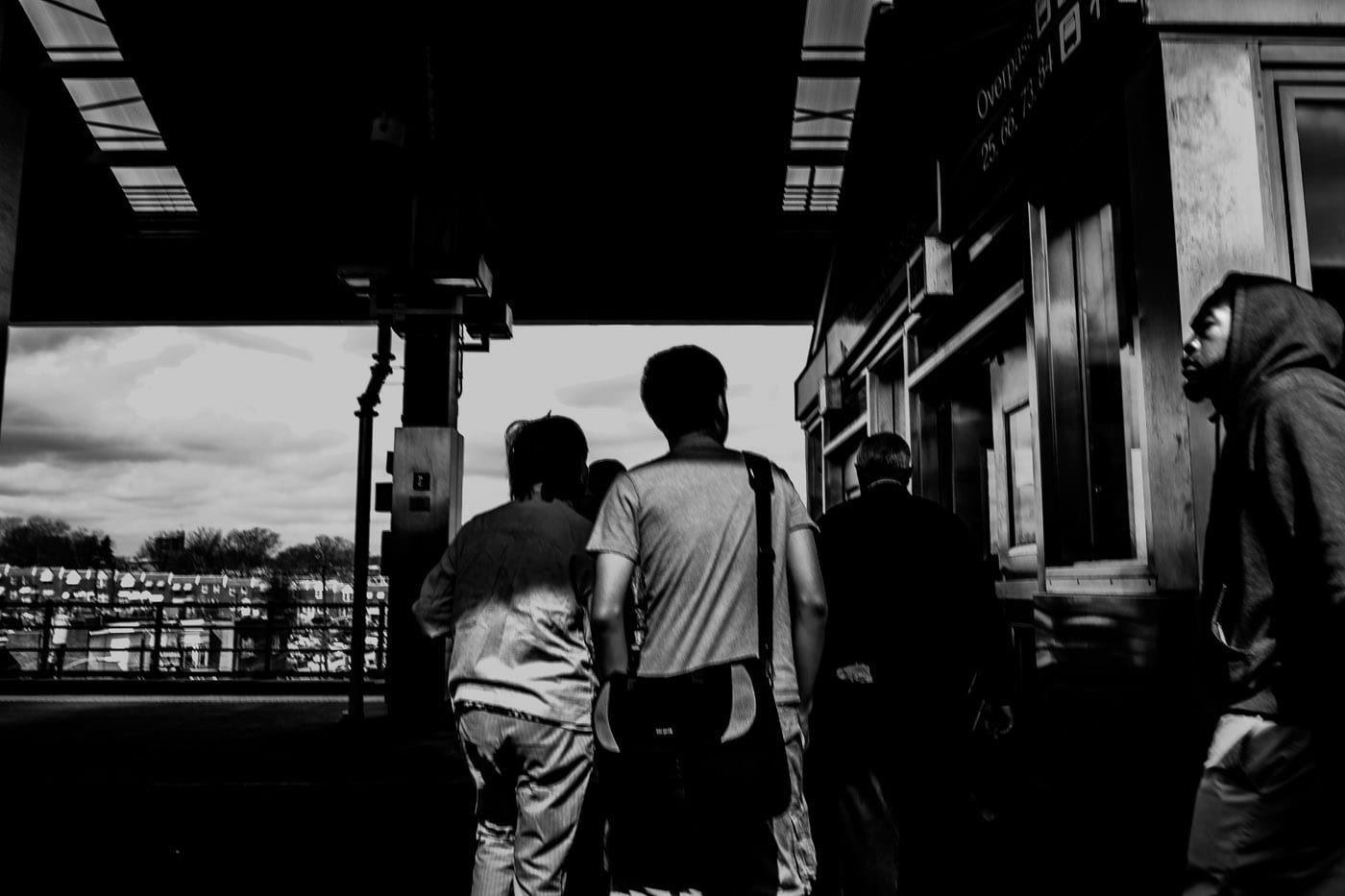 Garry hasn’t been out that much. I guess ya can tell that. The 23mm that acts like a 35mm has stolen the show for the last….who knows? The 18mm that sees like a 27mm but really we should think of it as a 28mm…hasn’t been out since the 23mm arrived on the scene. I have to admit. As good as the 23mm is, the 18mm is a better lens on the street.

Shhhhhhh don’t talk about IQ as Image Quality, talk about IQ as Intelligence Quotient.  This way, you can use your mind to think in terms of how a lens supports your efforts on the street and not about how sharp it is. Besides, the 18mm has an amazing contrast thing going on. 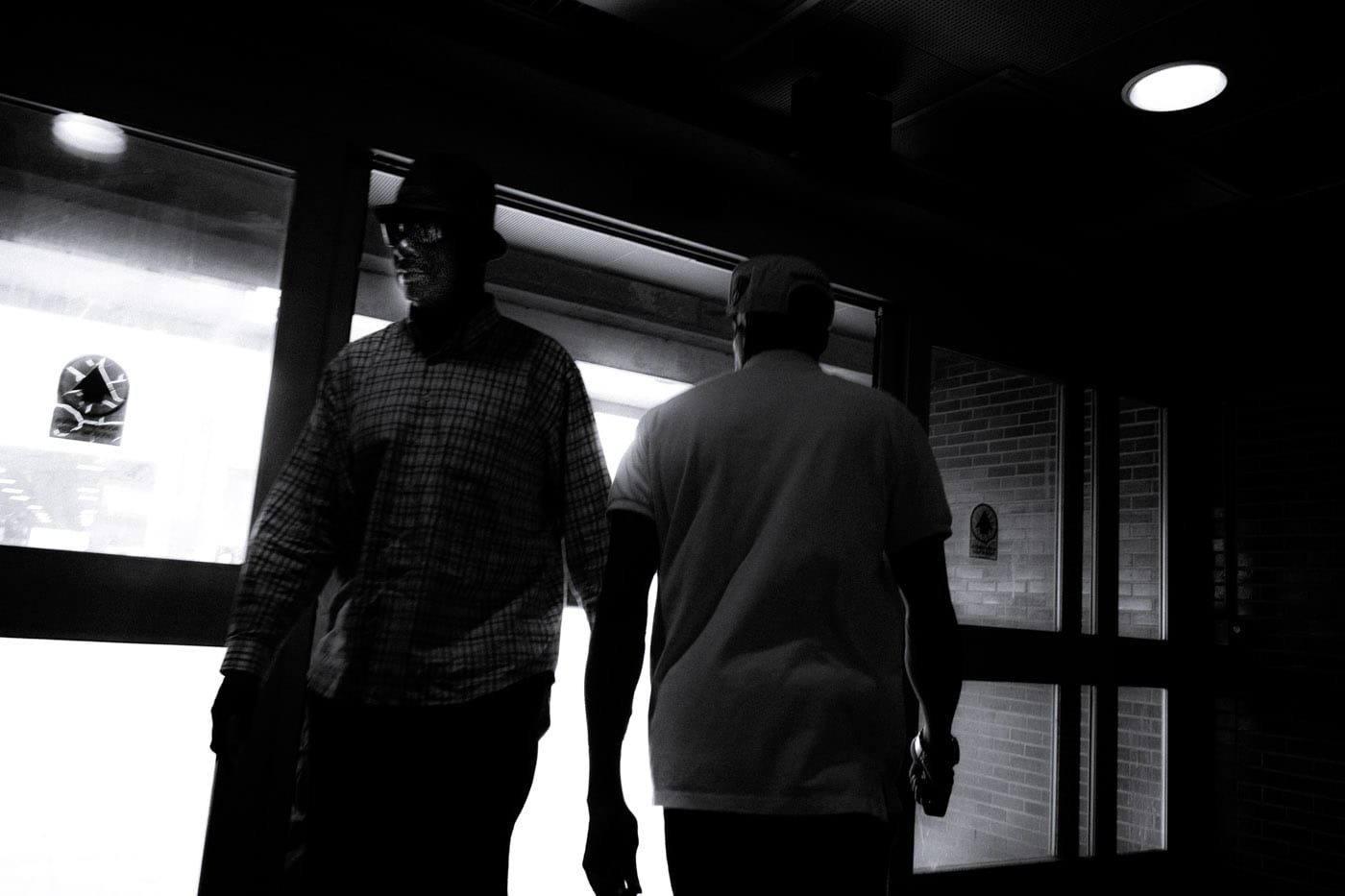 Can ya see in the above shot that there’s little or no flare. I don’t use hoods on my lenses. This makes the 18mm the most amazing lens for the XP1. I didn’t name my lenses or cameras up there because I’m talking about yours.

The RICOH GRD4, the Queen of the streets give a similar feeling when you compare it to the XP1 & 18mm. No, not the size or interface but the images you find with the camera.  Let’s face it. The camera/lens combo really does make a difference on whet you find. I’m not talking about names of the cameras but in the way they seek what you are looking for. I have a White GRD4 that is named Penelope. When I work with Penelope, the feeling is very similar to working with Garry & the 18mm. They bot take me to the same places and the same lighting. They have the same FOV and the added OVF of the XP1 is the biggest treat and incentive for working. Penelope fits in my pocket and is always ready.

Penelope is named after Penelope Cruz. I wanted to name it after Halle but well…Penelope got into my heart faster.

I will hit the streets again tomorrow and get back to my 4-6 mile walk. Till then……I don’t know…you tell me……later.