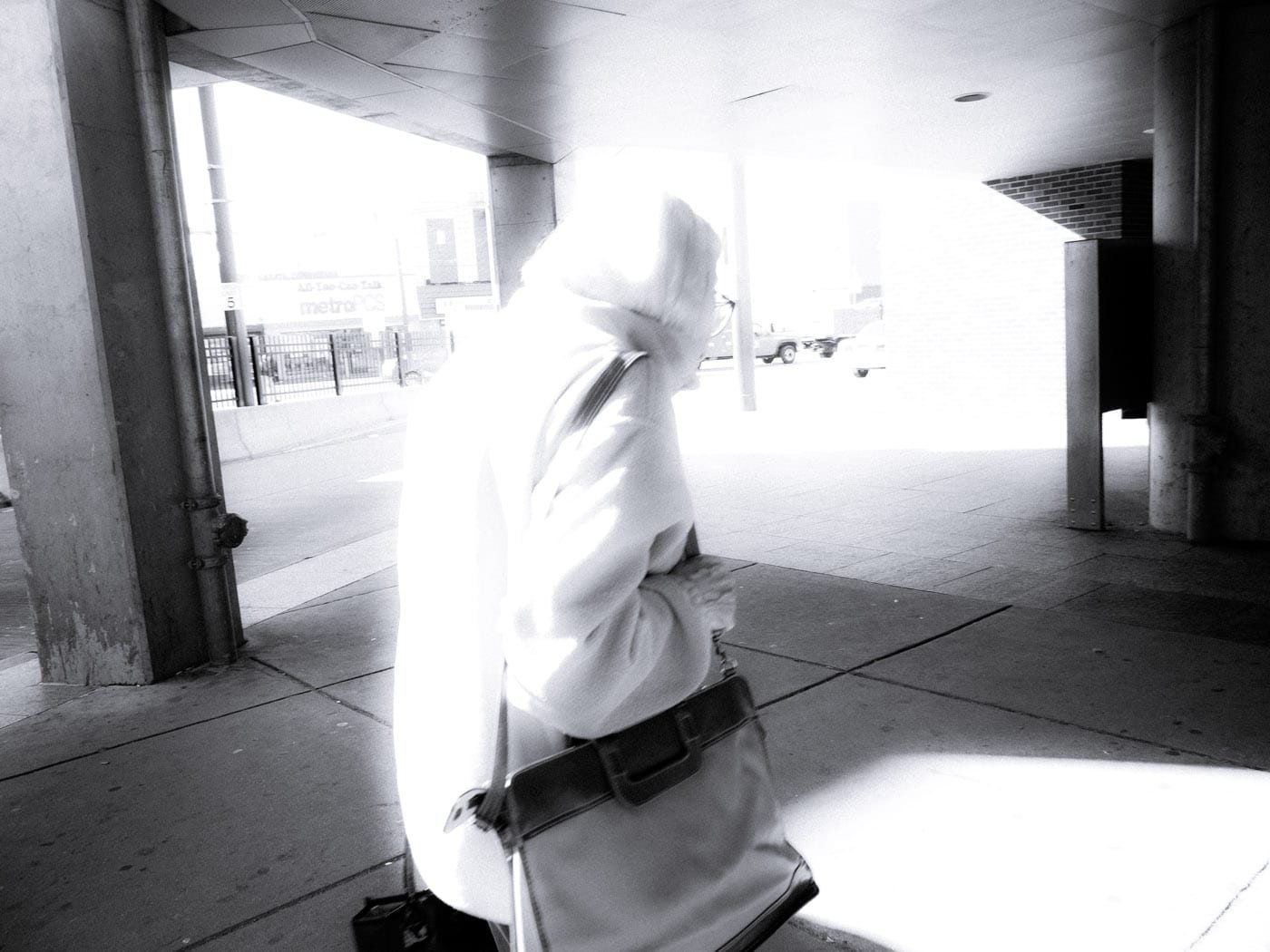 Andre’ the XP1 and I the man behind the camera went out to find some Dreamcatcher photos. Now, I know that much of the finishes images are helped with processing but the basic frame and light has to be there. Using the OVF lends a hand to the concept of the image. Why? Well….you see the cameras take on reality still in 3 dimensions with the OVF and you don’t any other way. This of course makes the mind have to wake up and become an active part of the process. I’ve spoken of this before…Eye, Heart and Mind. Well, as above…I could see the Image wanting to be born, EYE. I could feel the image…HEART. So naturally, the MIND has to come into play to get everything connected.

Using the OVF allows the freedom of vision and process better than any other method except maybe sometimes the LCD. It allows you to quickly visualize the framing and the possibilities of seeing the translation from the 3 dimensional reality to the 2 dimensional reality of the finished image. 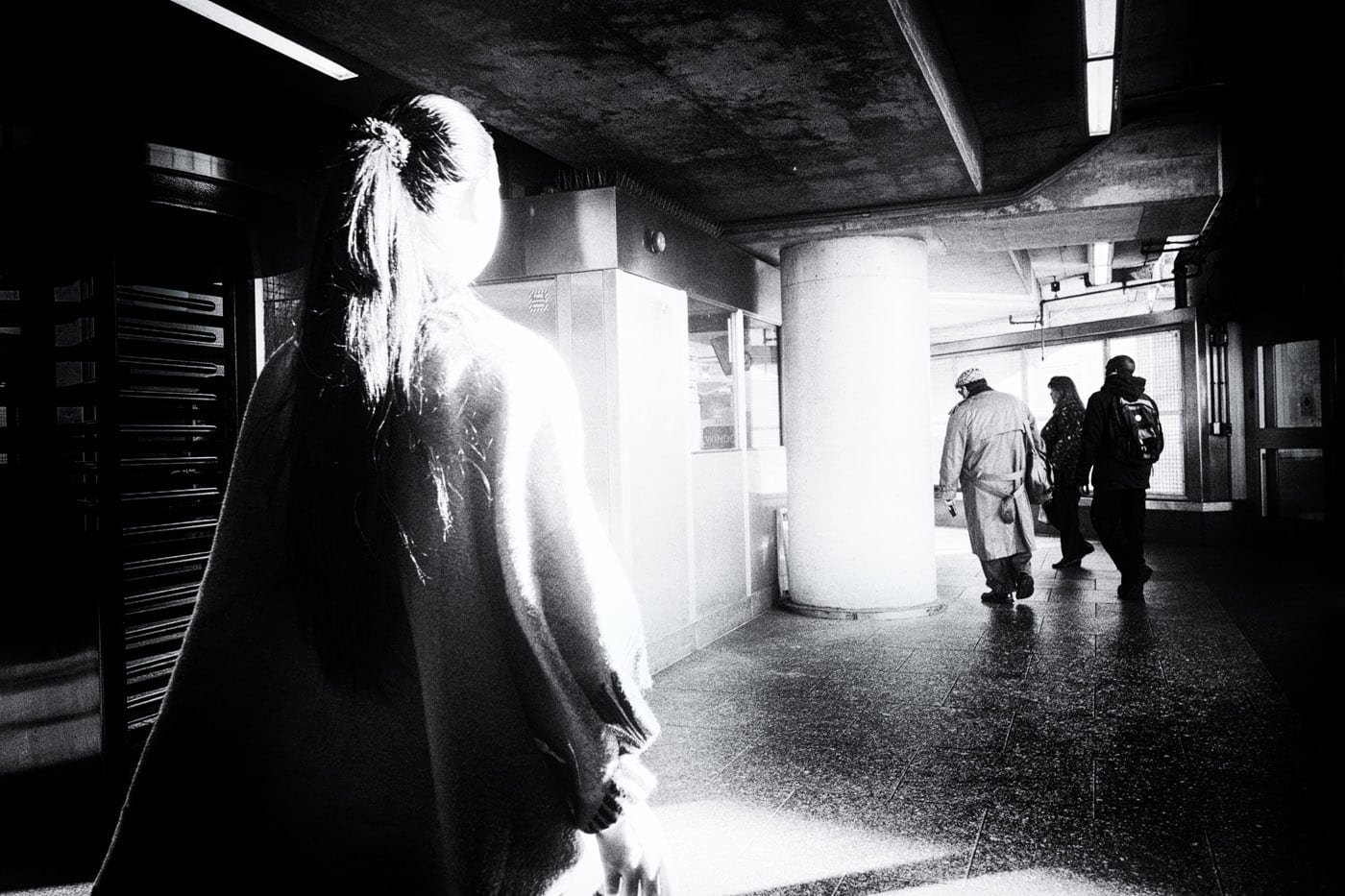 No, this isn’t a hipshot. It’s a pre-backache photo. Pre-backache photos come along when your 64 and you bend down like a younger shooter and make photos. The Beatles sang a song that really echoes in my tired brain, not mind, but brain. “When I’m 64”. Well, thanks Ringo…here I am. I used to depend on my LCD to find photos because it’s actually the BEST way to do so. Well, the thing about the OVF is that it wakes up the Mind and get’s the juices flowing. It’s nice because you can learn to see your finished print at capture. I have my screen set to B&W but I rarely use it. The EVF…maybe 1% of the time…if that. 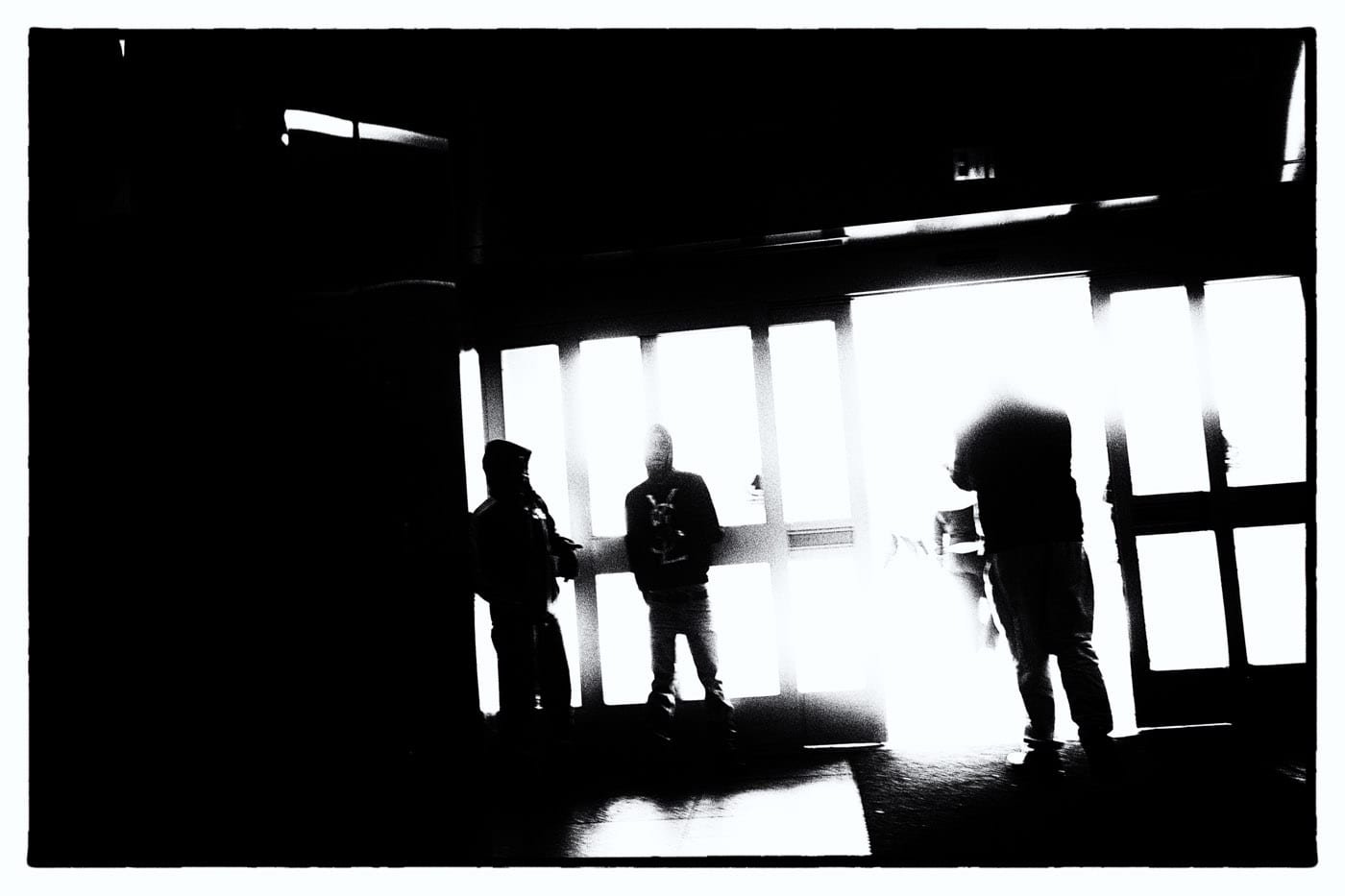 This is a carefully made uncropped hipshot. With the 28mm FOV offered by the 18mm, I get very close in my mind as to what the camera is seeing.

I get into finding Dreamcatcher images and it won’t let go. This has been a long term project dating back to around 1976. Back then I was using Infra-red film and an altered version of Rodinal. Now today, it’s much more exciting because of the almost instant gratification digital imaging offers. The added plus of processing engines is also a major advantage.

But, the camera is the camera and as Andre’ the Fuji XP1 says…”We make a good team. You just have to stay awake more”. I’ll try I replied. So when the feeling hits for a photo, I respond with a synergism of camera, subject and me. This way, there is no question of what transpired at the Moment of Exposure. I love being able to look at an image and then to be able to recall the event. Amazing! 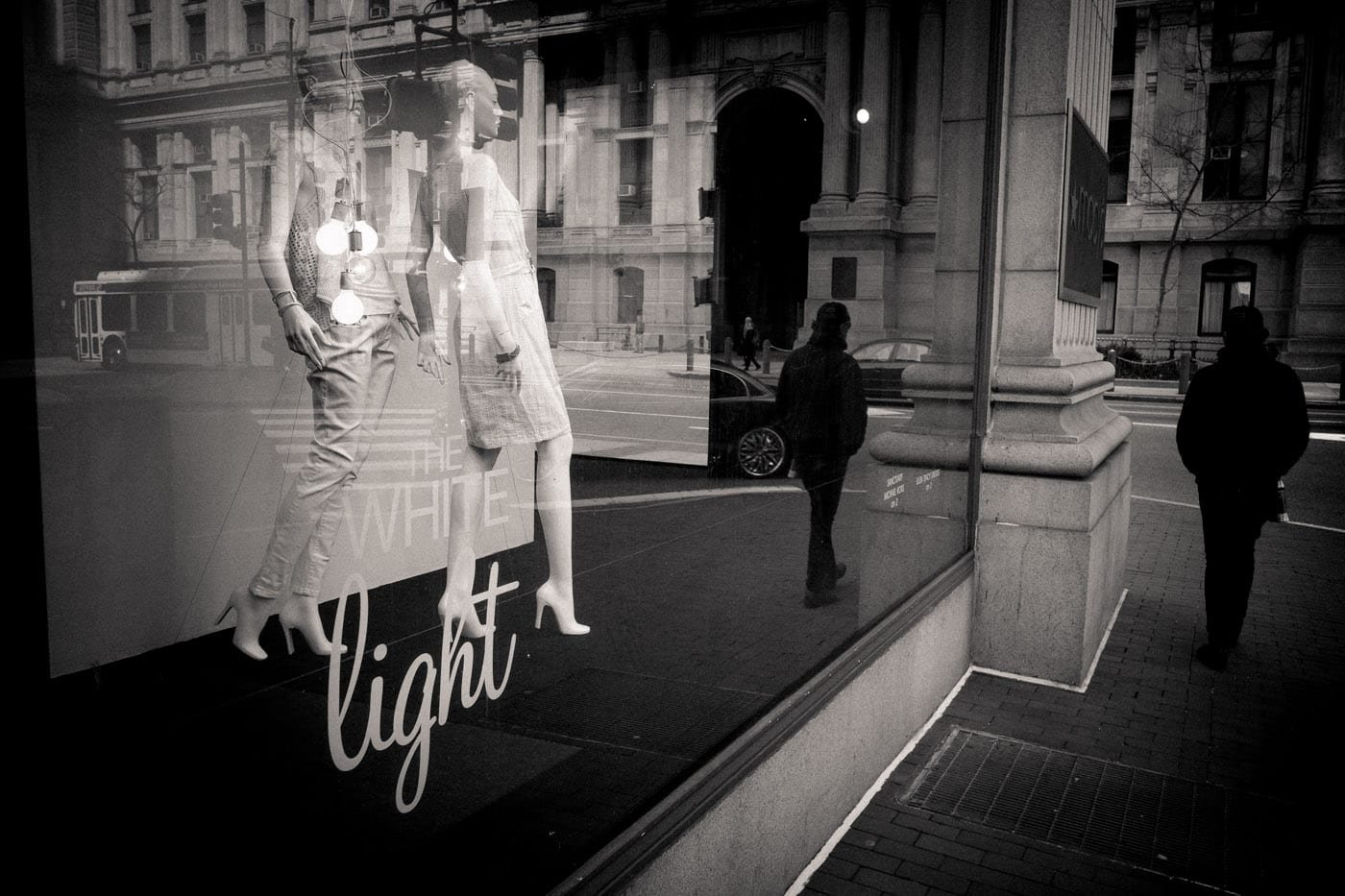 Even when I’m not in Dreamcatcher mode, I guess I am anyway. Macys has the coolest windows and they change on a regular basis. The designers are second to none. I thank them for making Market street more interesting and for providing stimulus for photos.

I still feel a slight detachment from the Fuji 23mm. It’s sleeping in the bag and I haven’t used it for a spell. I don’t see doing so either but I may have to force myself to take it out for a walk. I know all my life I’ve been using the 35mm FOV as a natural FOV. It still is but…..the new generation of cameras and especially the X-Pro1 with the 18mm, 28mm FOV has uploaded a new firmware in my central processing unit, called me brains. This updated firmware has me seeing and using the 28mm FOV more natural than I ever expected.

So, thanks for being here and please come back often. I answer all comments as fast as I can so post away.