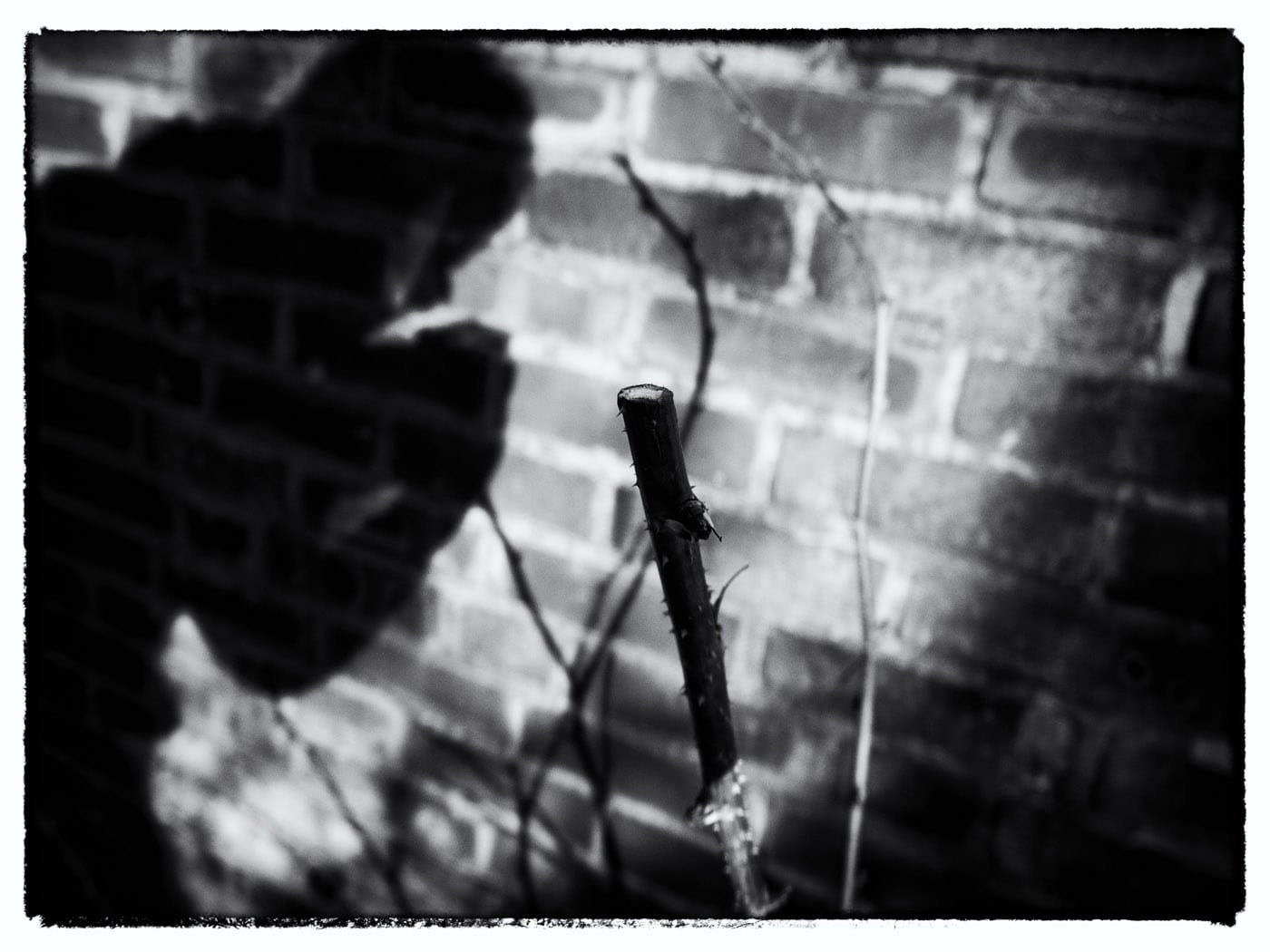 Well, I’m sure it’s no secret about the Mr Bokeh dude. There’s millions and millions of shooters that buy a lens just so that Mr Bokeh will stop by and spent time in their photos.

Let’s get this straight right from the gitgo. I don’t believe in Mr Bokeh. He’s prejudice and only lives in longer lenses. If you wanna see him in wider lenses ya gotta know how to trick him into showing up.

Anyway, I had just gotten back from town and I even made the post yesterday on this here blog about the escapades we found. Then on the shelf Daido the Fuji X20 was anxious to go back out and be in the garden and told me to get going. I did, I always listen to my cameras and that keeps my shrink at the VA busy because if I was cured then I wouldn’t need  him and he would be sent back to the factory instead of me.

Daido was ready I tell ya. He was wearing the nice black soft leather strap and looked very stylish if I say so myself. So I put him around my neck so he could see what I’m seeing but he gets to see it better than me because he has a zoomie lens and I don’t. We made a few shots of the strawberry patch because we wanted to and this way any shots we make all year get cataloged in LR so that it’s easy to see in a chronological order what was going on. So there’s not much going on in the garden yet cause it’s still way early in the season and that’s just what I thought until!!!!!!!!!!!!!!!!!!!!!!!

I thought I saw something move against the wall of the garage. It was just like a shadow or something and I wasn’t sure what it could have been. Man, was I in for a surprise. I changed Daido to a 28mm FOV. Se, Daido has many tricks up his lens. He can be a 28mm and even go out to 112mm. I know, I know….multi tasking may not be my forte but it sure is Daido’s.

So Daido and I slowly walked to the garage wall and that’s also where the raspberry bushes live. Barsik the Cat who thinks he’s my BOSS and that I should do everything in my power to satisfy his ever growing belly is following us to the Zone of Confrontation! I saw a Raspberry cane that looked like it had something to say. So….Daido switched into Super Macro Mode and that gets my line of sight and FOV focused to a very small narrow area. Well, I decided I had to make a photo because that”s what I do. I make photos and I work with my friends the cameras that have names and feel like they are friends and not tools so that’s THAT!!!!!!

Man Daido was at the ready. He was focusing wherever I put the focus box. No matter close or closer. He was hot and ready to work. I could feel the heat from the battery and the LCD just warming my hand to keep Daido charged and on point. Well, a few weeks ago, John the family and sports shooter from DC sent me some stuff for Daido before he was named Daido. Imagine that.

There was a magic Red and Silver button that many call a soft release. For lack of a better word, I’ll use that also. So Daido and I are getting ready to make an exposure of the Raspberry cane that lives near the garage wall and then…..to my surprise, catching me totally off guard….and making me catch my breath so as not to tremble and ruin the macro shot that Daido does so well ……

Just as I was ready to press the button that many call a soft release, on the far left of the screen I saw this guy start to appear as if he was a shadow and was going to sneak in the shot and not tell me about his presence but just be there and he thought I was stupid and that Daido the Fuji X20 wouldn’t even know he was there.

Well…Daido waited and I waited and I moved a little so that the sneaky shadow guy was in the frame and then>>>>>>>CLICK. ONE SHOT! That’s all we had, just one shot but Daido was up to the task.

Me, well…I’ll have nightmares for a long time about that guy in the shadows. See, he looks like it could be me but alas…it’s not…look close, pixel peep if you will and you’ll see that that is MR. BOKEH..alive and well on Montour Street in North East Phila, Pa USA.