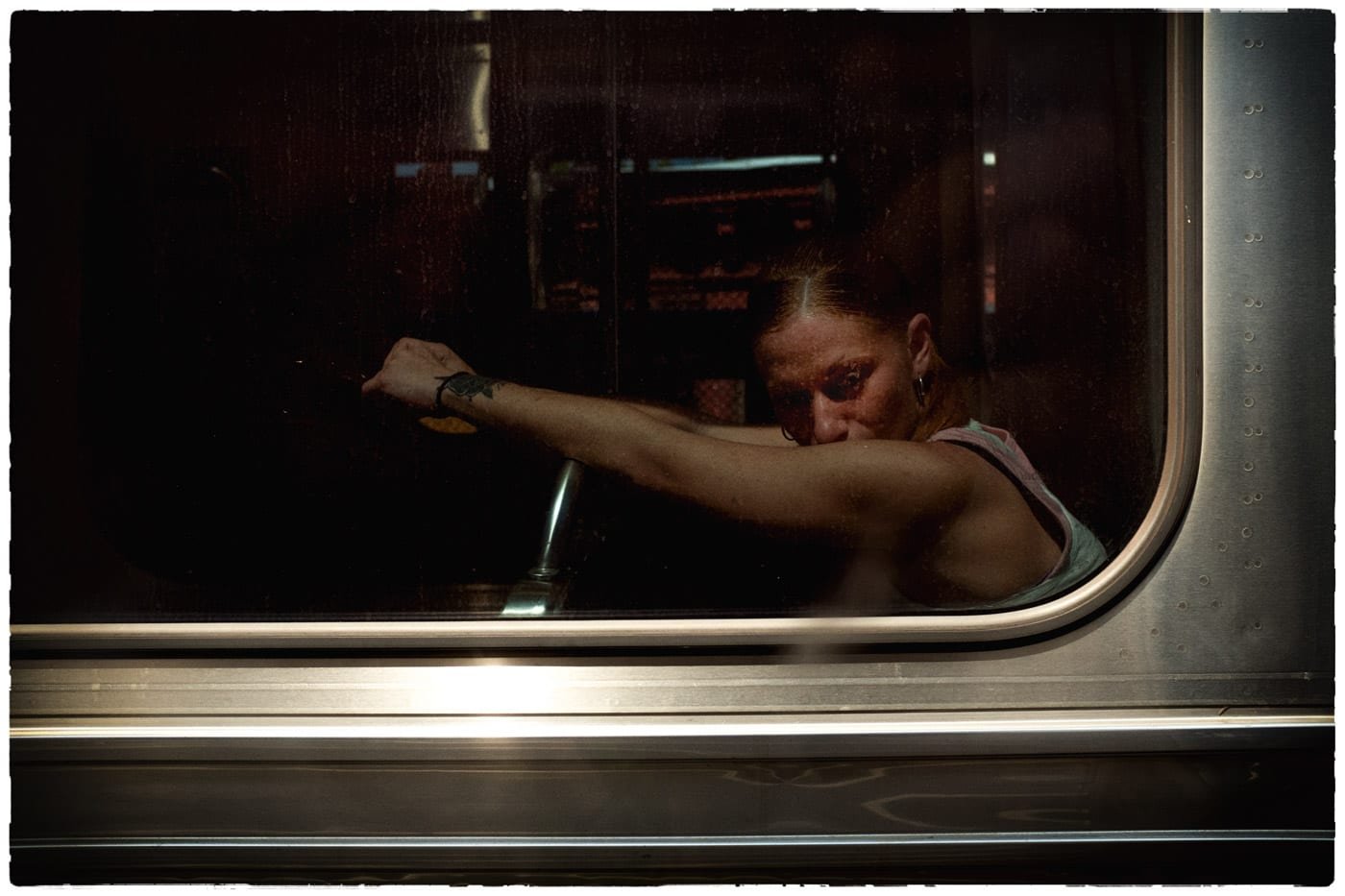 I was on the train coming home when we stopped and I had Andre’ the Fuji X100T at the ready. All the sudden, a train going in the opposite direction stopped also. I looked but it’s not like the glass windows are clean, or clear. I saw a young woman sit and then draw back in the chair….CLICK!  I myself was in deep thought and well…. I’m getting ahead of myself.

It’s 1970, Chu Lai Viet Nam. I was in country a while at this point.  I had been assigned to Chu Lai Defense Command. We were a CAG unit. CAG = Combined Action Group. Navy, Marines, Army and even guys from OZ. Our daily mission was to secure the perimeter of our end of the base. This meant whatever was necessary we were to employ.

The Temp is now like 120F. My sweat is sweating. We got orders to go out around 5 clicks and  do recon work but to bring back no prisoners should we find any enemy. We settled in like in a “V” ambush position. I was by the road and hotter the all FUC*** HE**> I was lying and had my M16 ready we all were. Then I was like really over heated and took my hard hat off, not a good idea but I did anyway. Up the road, just about 100M, I saw 2 girls walking towards me and I was nervous but ready. The closer they got, the more I was uptight. Then they got really close and I could see that they were like maybe 17-18 yo. They came closer and I heard the sound of M16s getting cocked. The squad was ready for shit.

The 2 girls stopped and looked at me. They turned to each other and said something I couldn’t understand. One girl smiles with a smile that the sun would be envious of. They both giggled and one came very close to me. I felt that time had stopped and that maybe she killed me and I was dead. I couldn’t move and I couldn’t hear, I just saw her face and that’s all that I lived for up to this moment. She knelled down to me and smiled. I took my finger off the trigger. I felt, if she killed me, it would be a warriors death by a princess and I wanted to be worthy of that death.

No, she didn’t kill me. She took a canteen and gently poured water over my head and rubbed the water on my face. She wet my neck and all the exposed skin area around my shoulders and head.

I was 20 yo and had never seen an angel before let alone be touched by one. Jock, the photographer from OZ came over to me and he talked to the girls. He smiled and they giggled and I just lay there in awe. The girls told him that they lived in the village outside the perimeter of our base. They were sent to another village carrying fish, veggies, and supplies for the people there. The one girl was name Sau, meaning six. 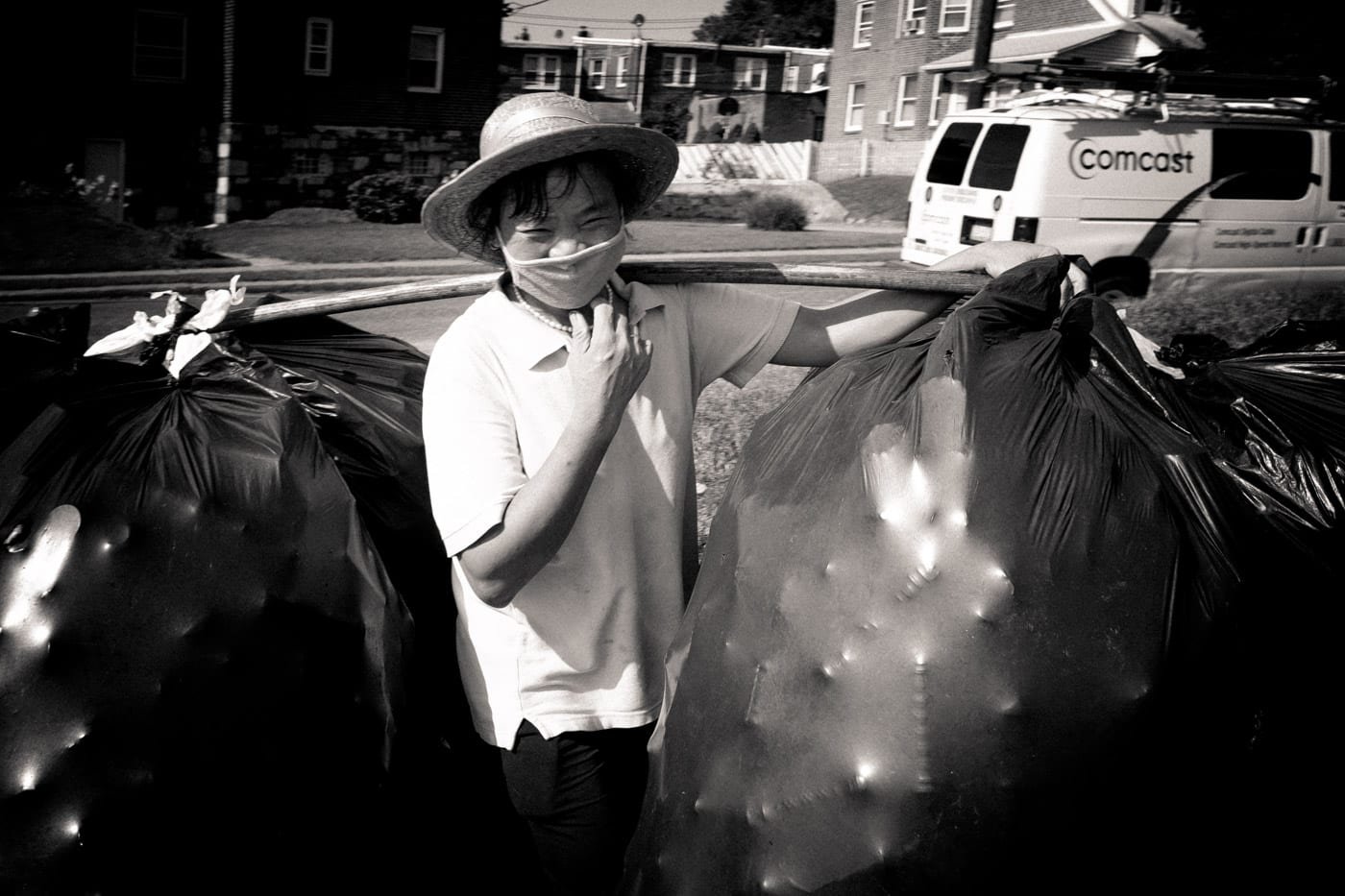 Anyway, Sau told Jock that she liked me because I seemed like a human being. She had a free tag to come and go on the base up until 2200hrs. I smiled at the girls and took her hand in mine and kissed it. She giggled.

A few days went by and I would see Sau and some other girl coming to and from the base. I always smiled at her and she looked at me with a look that a man prays to see before he dies. That smile above all else in the universe is what sets a man’s soul free in the after life. It provides the memory of humanity and more than that, it proves that if you got a smile like that, you are a worthy warrior of life as well as of death.

Months went by and Sau and I did sit sometimes at base and I would give her candy or soda. She liked it and wasn’t allowed to go into the PX = Post Exchange. She never asked me for anything. One sad day, I was on patrol around the North End and we had an alert from the Navy Seals that activity was expected. We called the unit together and started back to the bas to y=take defensive positions. On the way back in, we got incoming, small arms fire. The sound was from the AK47 and a few from the SKS. We got down low ready to unleash all the hell a man will ever confront in 100 lifetimes. I looked up and saw Sau and a few villagers running towards us for safety. I was panicked and held position yelling for Sau to drop but she doesn’t understand English.

We could see the VC getting closer and getting hotter and we unleashed the demon. I could see many VC fall, maybe to take cover, maybe to find a way to the other side. Sau was like 30yds from us and then all the sudden, I saw blood blow out from her chest. She fell and I wanted to low crawl to her but the LT, a Marine told me to stick my dick in the dirt and leave it there.

After things got quiet, around 20 min or so, we very carefully canvased the dead and check for explosives etc. I got to Sau and sure enough she was dead. Jock walked and made photos and looked at me and said, Jingles…. you had here what very few ever do. Don’t let this war destroy you and ruin you future life.

Fuck that Jock! Any way, we got a jeep and took Sau and a few others that died to their village. When I got to her Mother, she cried like the sound of a soul that has no home. Sau’s brother went in a hole and came back and handed me a bunch of paper. I looked at it and there was like 30 portraits of me that Sau made. I did cry, could now but I know when the time comes, She will be waiting for me. If she’s not, I have eternity to find her and I will.

So, Andre’ and I set out to make photos today. As I waited for the bus, a woman walked near me and she had 4 huge bags of cans on her shoulder. She looked at me and smiled. As she walked by me she turned her head and smiled again.  I made a photo but don’t remember doing it.

After 46 years, I still smell Sau’s scent, feel her touch, taste the water she poured over me as if to Baptise me to give me life…….

Have a good one my friends….. be blessed