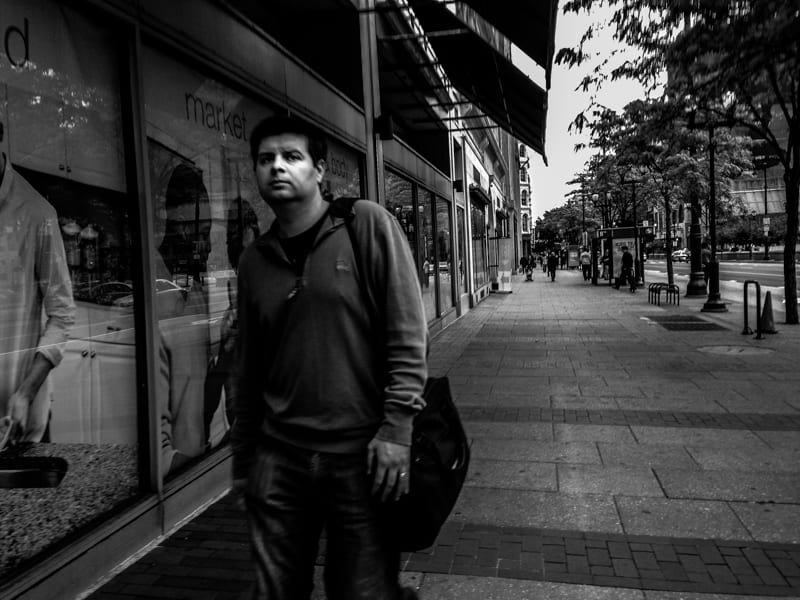 there’s a freedom working with a cellphone. Compact…well, it don’t get much more compact than a phone. With the freedom the phone offers comes another kind of freedom that the shooter must come to terms with. That freedom is IQ. Of course the phone can’t compete in the IQ arena against traditional cameras but then again…the phone offers a freedom from that dreaded PIXEL PEEPING syndrome. 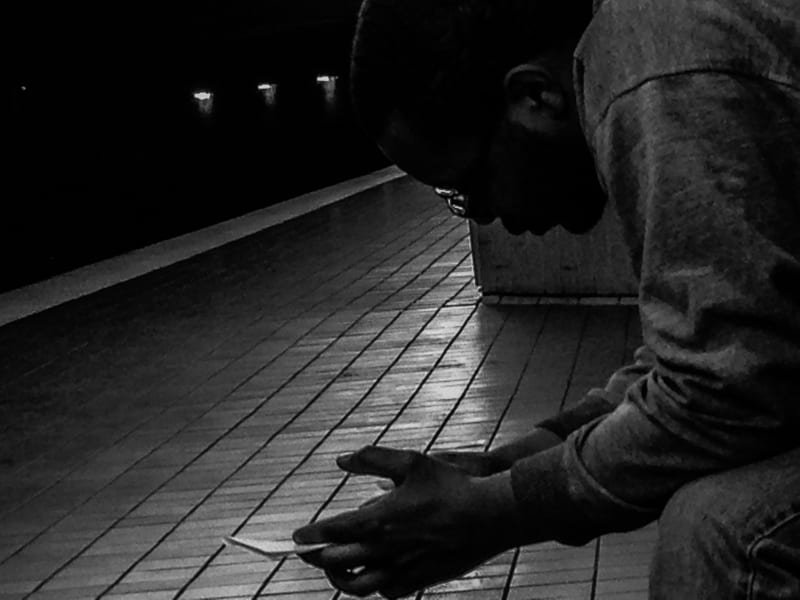 What this means is…the shooter now has nothing to do but make the best photo of his/her intent without the restrictions of the limiting IQ factor. Oh…don’t get it wrong. A good photo is still the goal it’s just that now the cell shooter is no longer burdened with weight etc.

A long time ago I sat back with a Pen 1 in my hand and I felt that I missed working with my Leica’s and missed my beautiful darkroom. I missed the winding of the film, the smell of fixer on my hands, the camera bag with the bodies, lenses and film. I was all digital and I had moved on. I remained focused on my images and my intent and after a short period of time, I found them once again in the digital world. 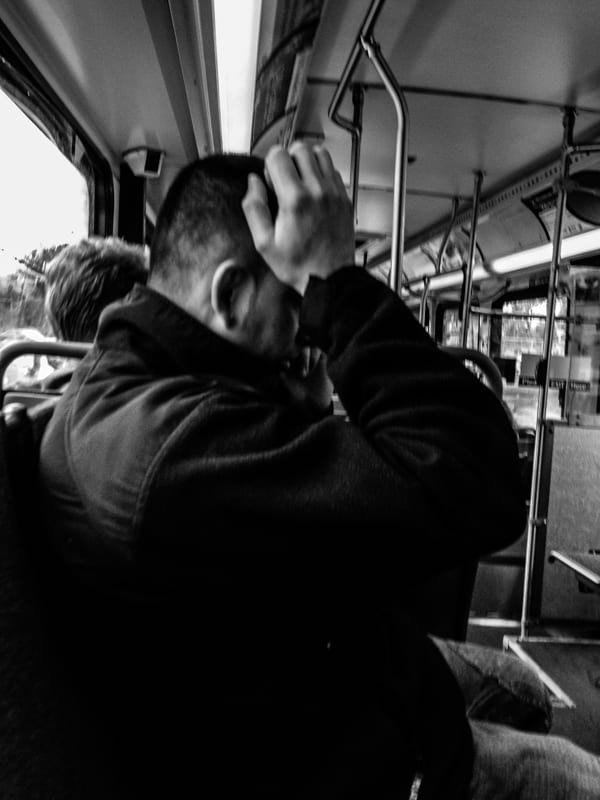 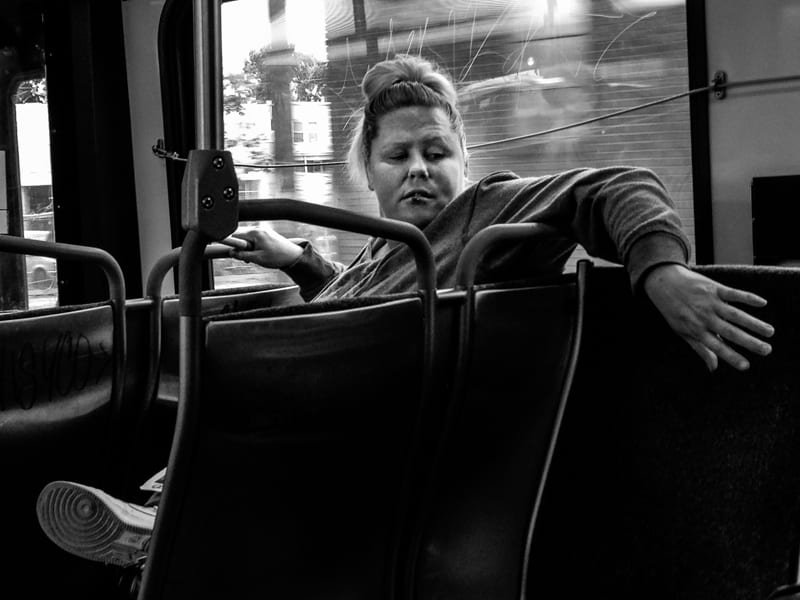 I was on the bus coming home and I was checking out the riders as I always do. I turned the camera on and everything else off. I turn off the apps because it conserves power but more importantly, it visually turns off everything I’m doing except the camera. 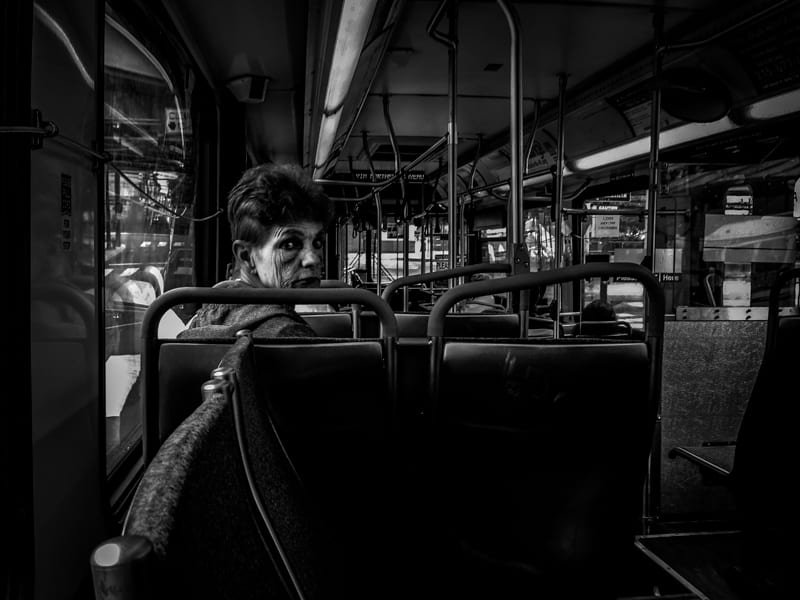 I realized I had a very good camera in my hand and then…….CLICK!