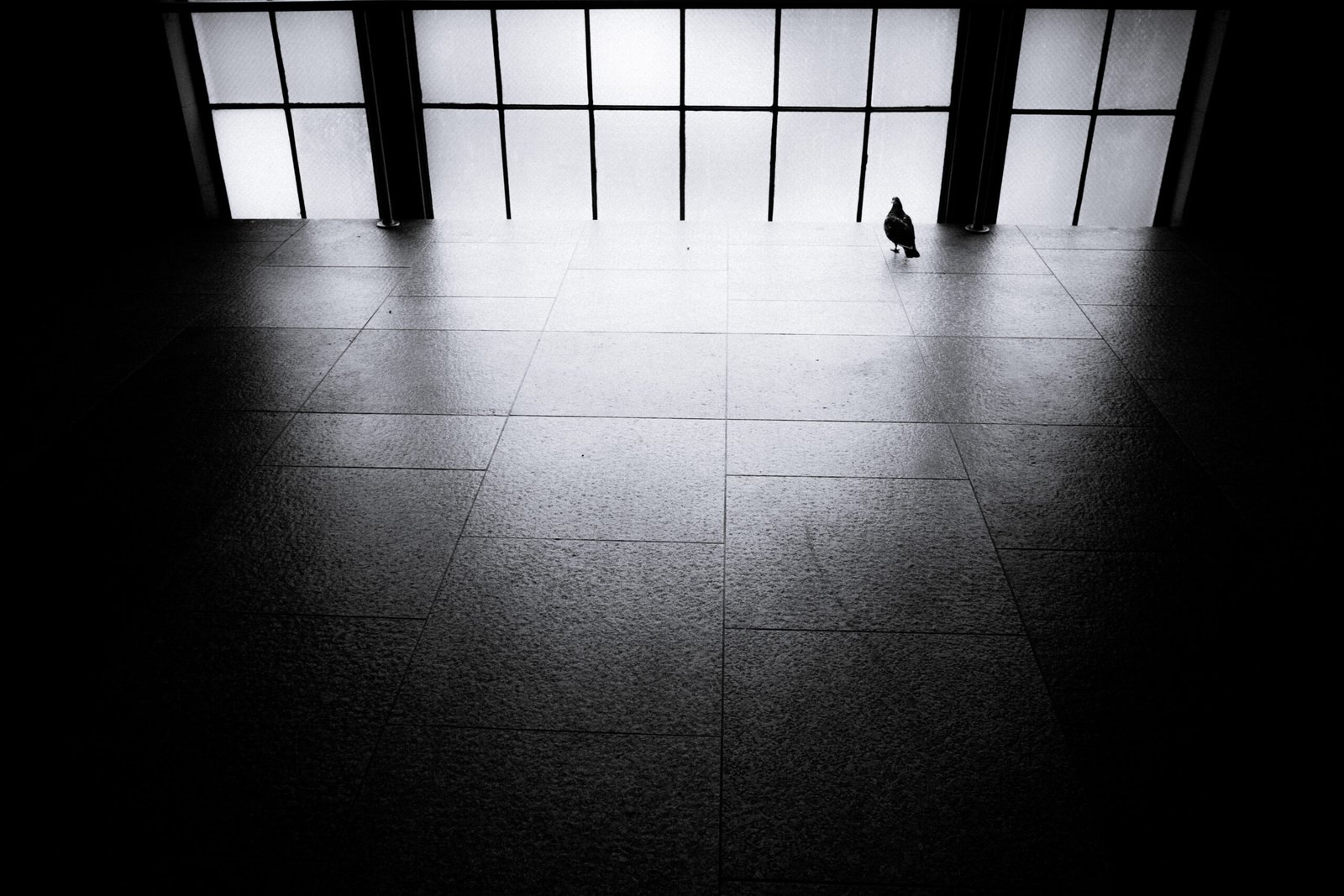 There’s a stillness in the air. I am told if and when that happens, to be grateful that little or nothing is going on. Just relax and let the still waters take you. Y’all know me. I ain’t no huckleberry. I don’t usually take the path of least resistance. Not that I do battle with life every day but I don’t surrender to it either. I know there are many Zen followers out there and many tell me to just go with the flow. I always ask, go where, tell me huh?

Besides all that… when someone asks me my advice about this I always say… pick up your damn camera and get to work. I get kinda freaked out if I go too long without making photos. I think it’s a matter of surrendering. Harry Callahan told me as we were talking and making a portrait of him…when you feel it all slipping away and you feel like all is being lost, that’s when you stand tall and fight with life. 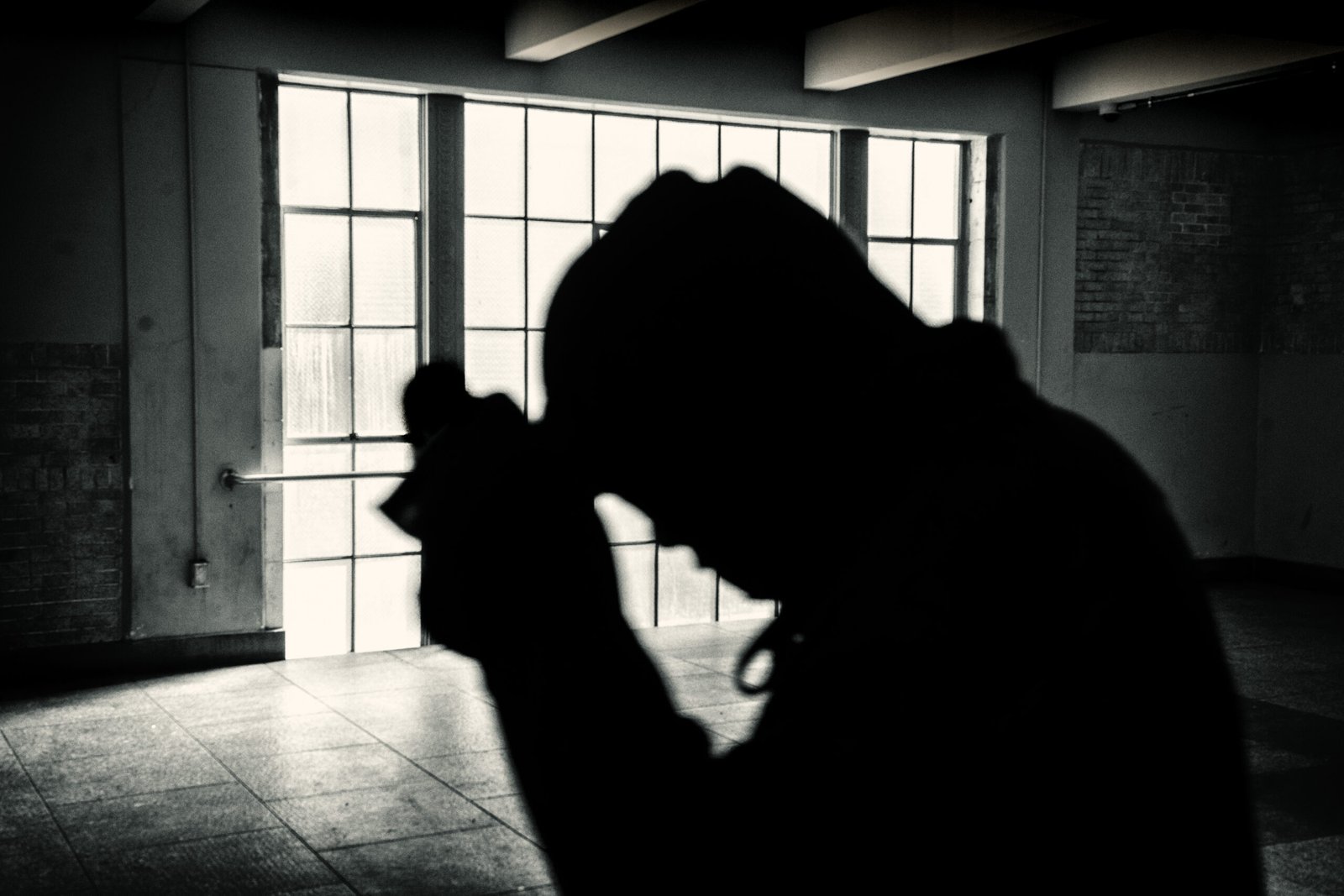 I am very unstable about stability. What I think I mean is … we need to have a stable stance thru life. Maybe we sway in the winds of life but like a strong old oak tree, we go with it and after the storm, we are still standing.  So, the reason the tree still stands is because it has the balls to carry on and the roots as a base for stability. 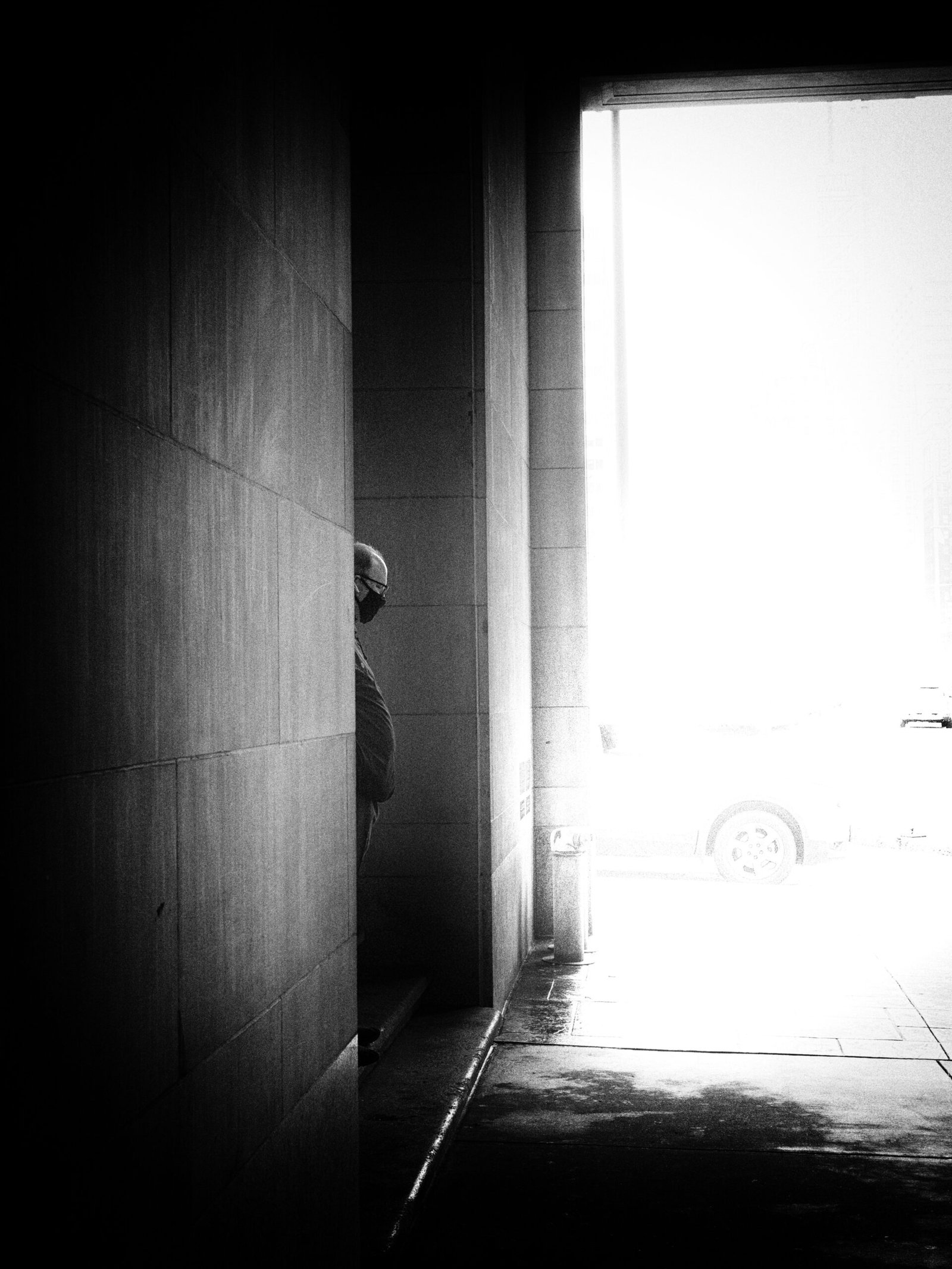 How does that apply to us? Well from my perspective and it’s usually 35mm, it gives us a path to find our balls and roots, I can only honestly talk about my life so I will. Odds are some parts of what I express, you may feel also. There is a law in physics that states,” For every action, there is a reaction”.  There is no reaction without an action. Remember that a reaction may in itself become an action. 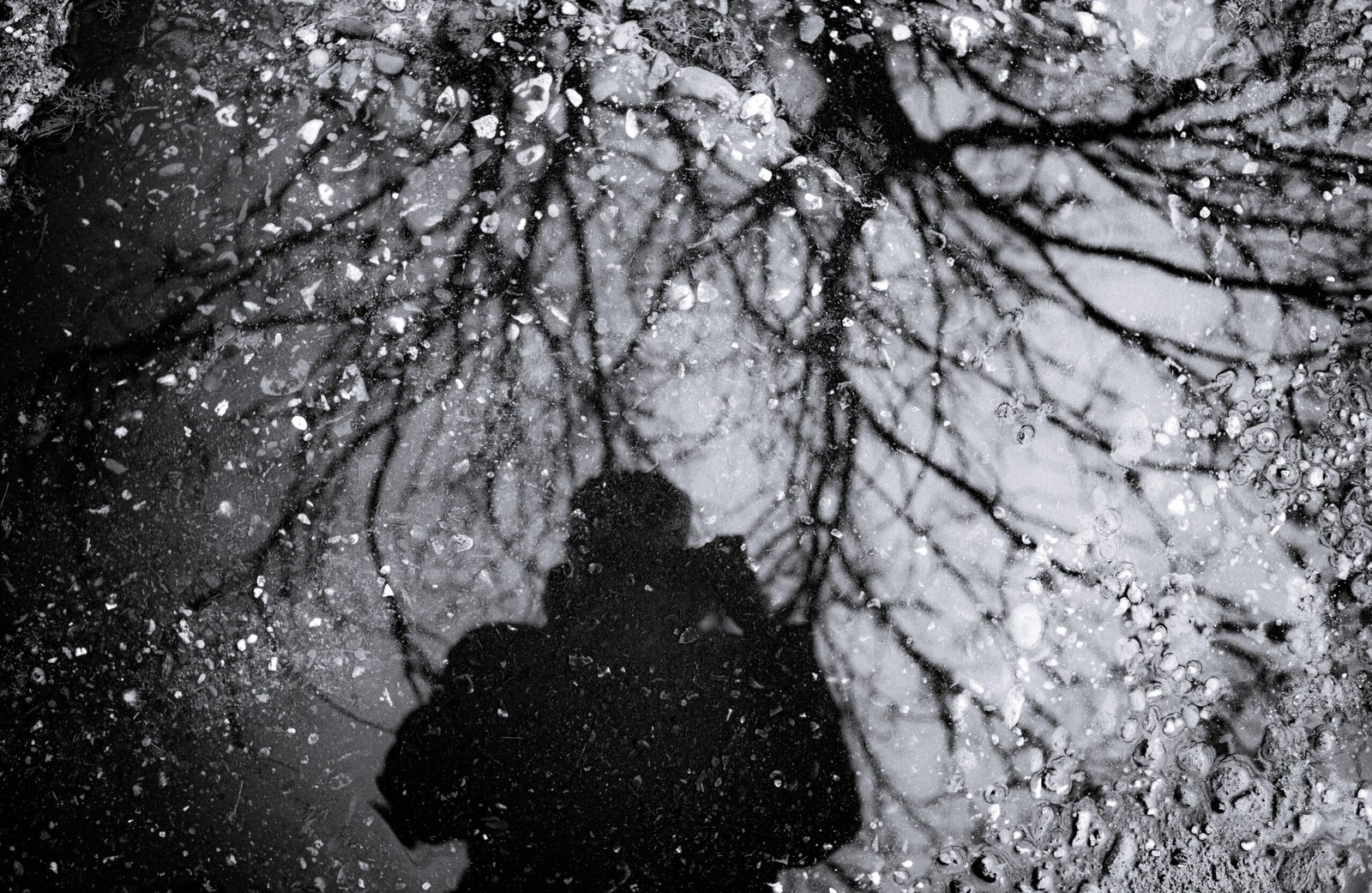 Example: I order a camera from Amazon, an action. They deliver next day and Tanya gets the package at the door because I am not capable of cleaning the covid19 enemies from the package. She opens the package, looks and sees a new camera. What is this? Reaction procedure starts.  Let’s jump back in time and see where this all comes from. 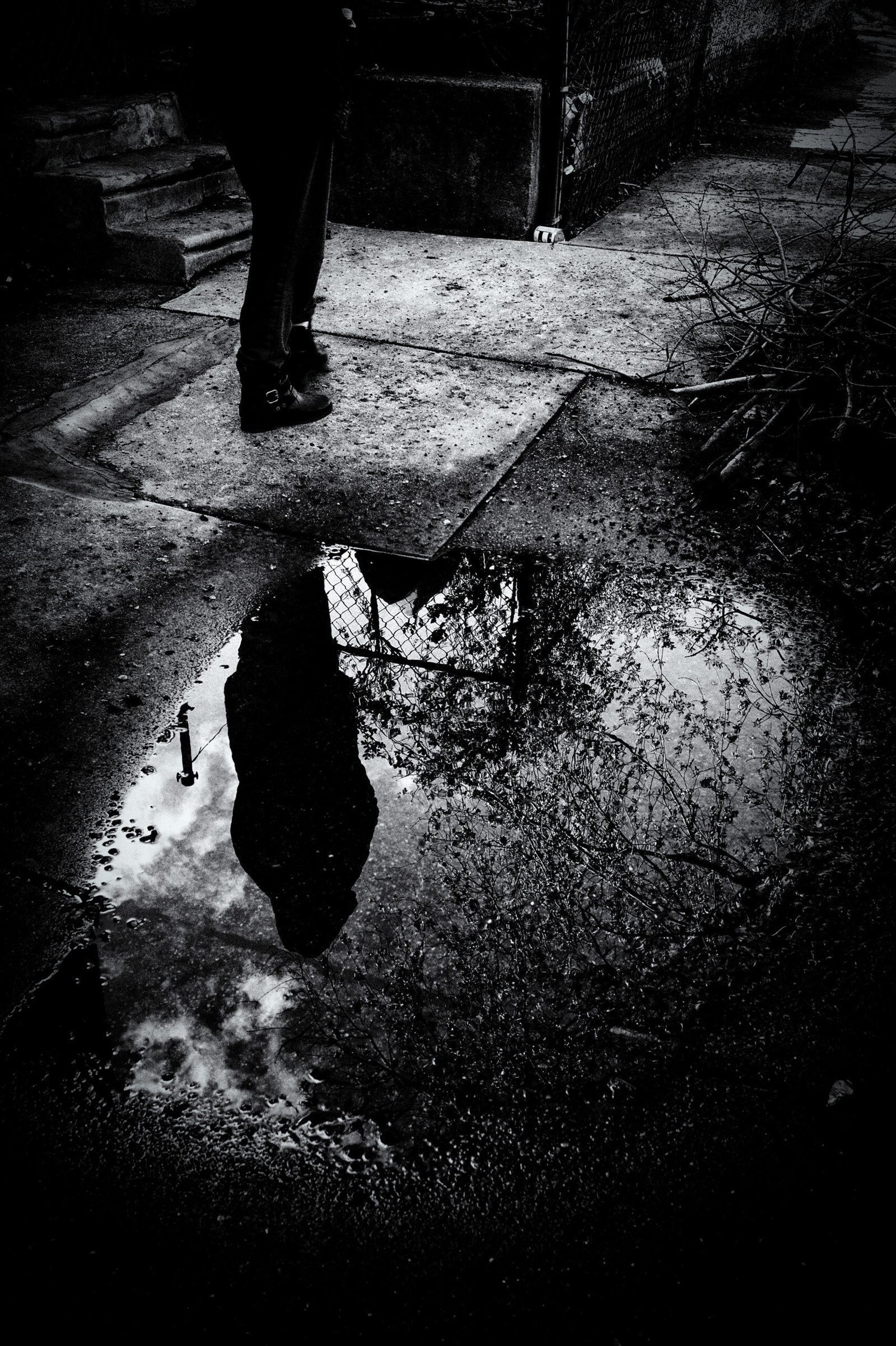 See, the very first married couple on the planet were actually a wee bit different than how history describes.  Adan and Eve they got right. It’s all wrong from there. Eve was cooking soup for lunch and Adam went for a walk amongst the animals. Remember, there’s no other humans invented yet. So Adam went into the local cave hangout and turned on the TV to watch the animal kingdom. He popped open a cold beer and sat back and then…. a lion came in and said, Adam, Eve is coming this way.  Adam started to leave the Man Cave but a woman elephant named Esmeralda blocked the entrance. Adam was caught with his pants down and he didn’t even have pants cause Eve didn’t sew them yet. Well, Esmeralda the elephant moved away and the light of day spilled into the Man Cave and Eve was in the light. She had something in her hand and approached Adam. 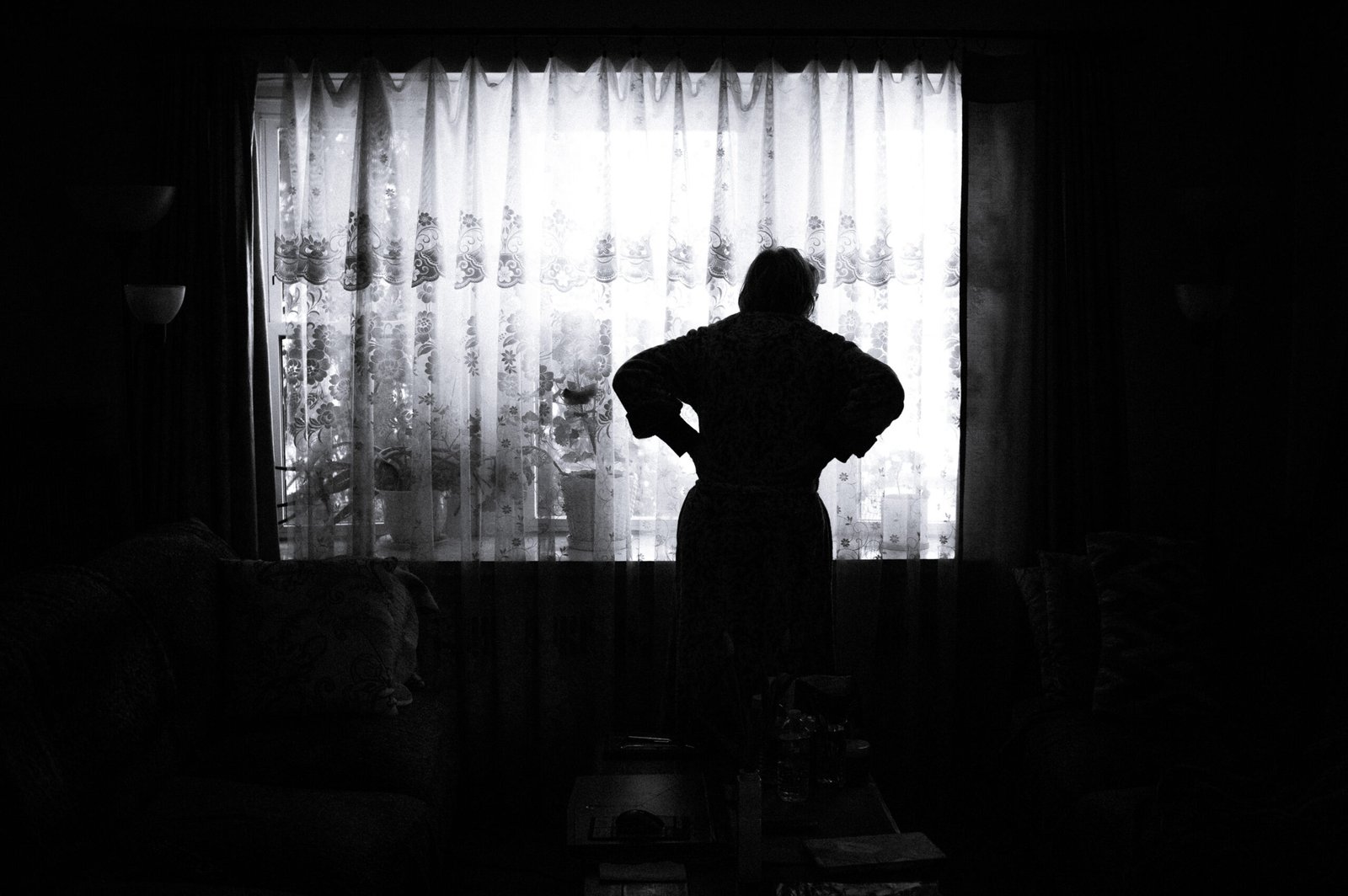 Ya know how they told us that the cave men used to have a big club and they hit a women on the head and take her home and have their way with her.  What a load of crap that is. See, Eve came to Adam in the Man Cave and then whacked him on the head with a big club that they tell us men have. As Adam lay o the floor n dream land, Eve straightened up the Man Cave and told the men animals, I’m taking him home and he’s gonna do the dishes if I can figure out what that means. She made a look on her face that made the men animals cower and become kind of submissive and quiet.  As Eve was leaving the Man Cave pulling Adam by the hair .. the man lion said. Ma’am, can we keep this between us, my wife is Queen of the jungle and we don’t even have a jungle yet. I don’t like upsetting her cause she roars and everyone knows I’m in trouble. it don’t look good to the guys if i get roared at. Eve smirked, yeah sure.

Why am I writing this? because I am tired of the lies from the media. Here, is the truth of the matter as I believe it.   I will post again within 2 days.