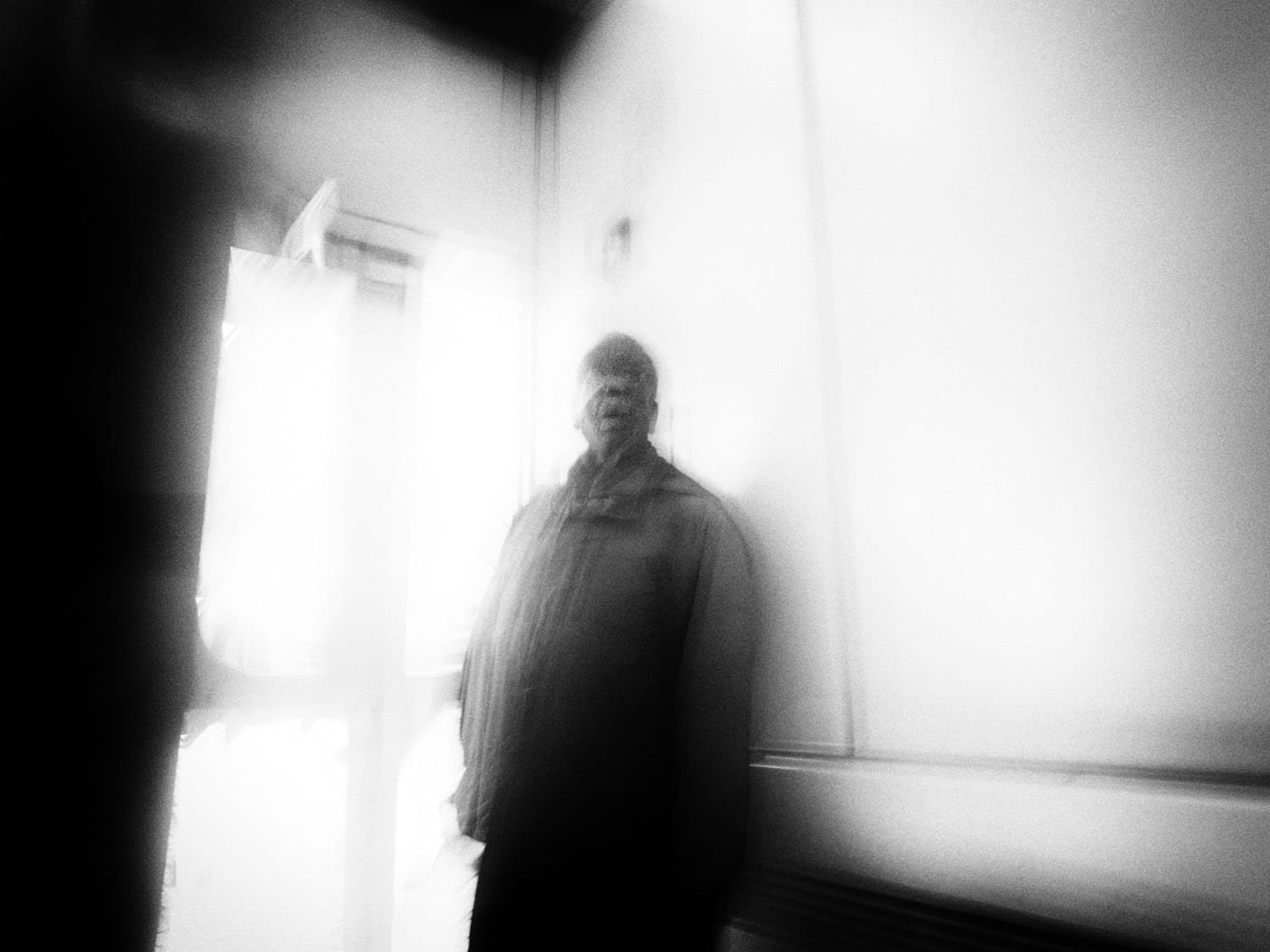 Well, I never claimed to be anything more than a collaborator with life and photography. So this way, when things aren’t exactly square, I also get to blame Life for the issues. Smaat huh. Well, I used to go to New York City a lot to make photos. I usually would have $ & 3 with me. (ok, before I found my sanity I still named my cameras. My Black Laq M4 was named 4. My Silver M3 was named 3. It took time for me to find the right names but it worked.) Anyway, 4 was the main shooter and one day I was near St Francis and I raised my camera and made a shot. I heard a familiar sound but not at the right moment. See, I was set to 1/250 f11. I’m using Tri-x rated around 640. Most Leica’s and a very unique sound around 1/15. It’s a ball dropping. Any one familiar with Leica’s knows that sound and also to check the drive train with that sound.

George Butler showed me this stuff. He would take the lens off and close his eyes and put his nose right to the mount. He was sniffing the smells from the camera. Of course I wanted to be like Geo and I smelled the cameras too. Even in Camera Barn, I would look very professional standing there in front of the sales person and closing my eyes and sniffing the camera. Truth be told, I never smelled anything special and Geo told me that’s why I’m a user and will never be a collector. I always thought it had something to do with money, go figure.

So anyway, I am making photos at 1/25 but I think I hear the ball dropping. Smaart as I am, I decide to just overlook it because if I acknowledge the sound, I must accept the fact that 4 is in trouble. I decide to be like so many before me and just say, I ain’t heard nuttin.

I’m on the train heading back to my home. The train does not stop at my home but not far away. I’m coo, I have 4 rolls to develop and the next day, I go to my darkroom in my basement and develop the film. I think I was using Rodinol @ 1:18 with little Sulphite. The idea was to punch contrast and the recoup in printing. So I run the film and hang the negs in the film dryer and the go up and see my wife and the kids.

All the while, I am having awake nightmares because I heard the ball @1/250. I don’t wanna hear it and I don’t wanna accept the fact that I did when I didn’t wanna, really…. shhhh 4 . 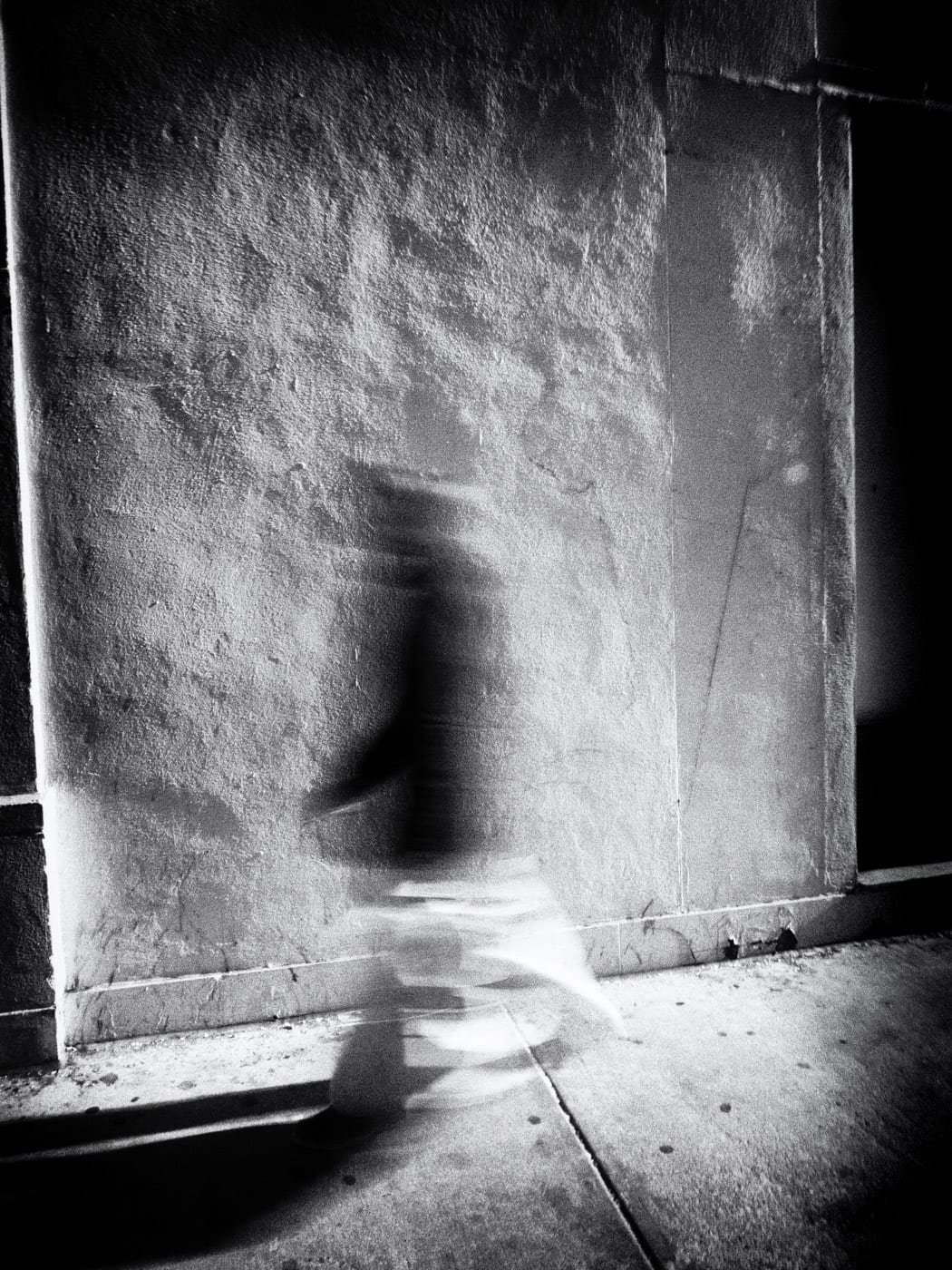 Next day I go down to make contacts. Set the printing side up and get everything ready and am excited about a few frames. Ok, The Leica Enlarger is cooking. The bulb is nice and warm, or hot and should be stable. I cut the negs down and sleeve them. I always made 7 strips of 5 frames in the preservers. I think they are Negafile. It’s true with the and Perma Wash. Use them properly and they reach 50 years no contamination. Now I’m really hopped up cause this is the part I love. Foot switch, lights go off, time starts and the enlarger sheds light on the truth.

I take the paper and  hit foot switch 2 and now the room is ready to develop the prints. I was using a formula called the Winchester Developer. I hadn’t altered this yet. I’s great with Bromide paper. So, the paper is in the tray and I am rocking the tray is a very methodical manner. (See, every variable must be accounted for and analyzed and the adapted to the system, even a sound that isn’t at the right time.

So the paper is starting to show the magic. There, there in the tray is a sheet of paper that shows my efforts as a shooter. Paul started me on RC paper and I liked it for Contacts or press prints but not for finished work. I pulled the print ad rinsed it for a few seconds and then squeegee it off. Wow am I excited! 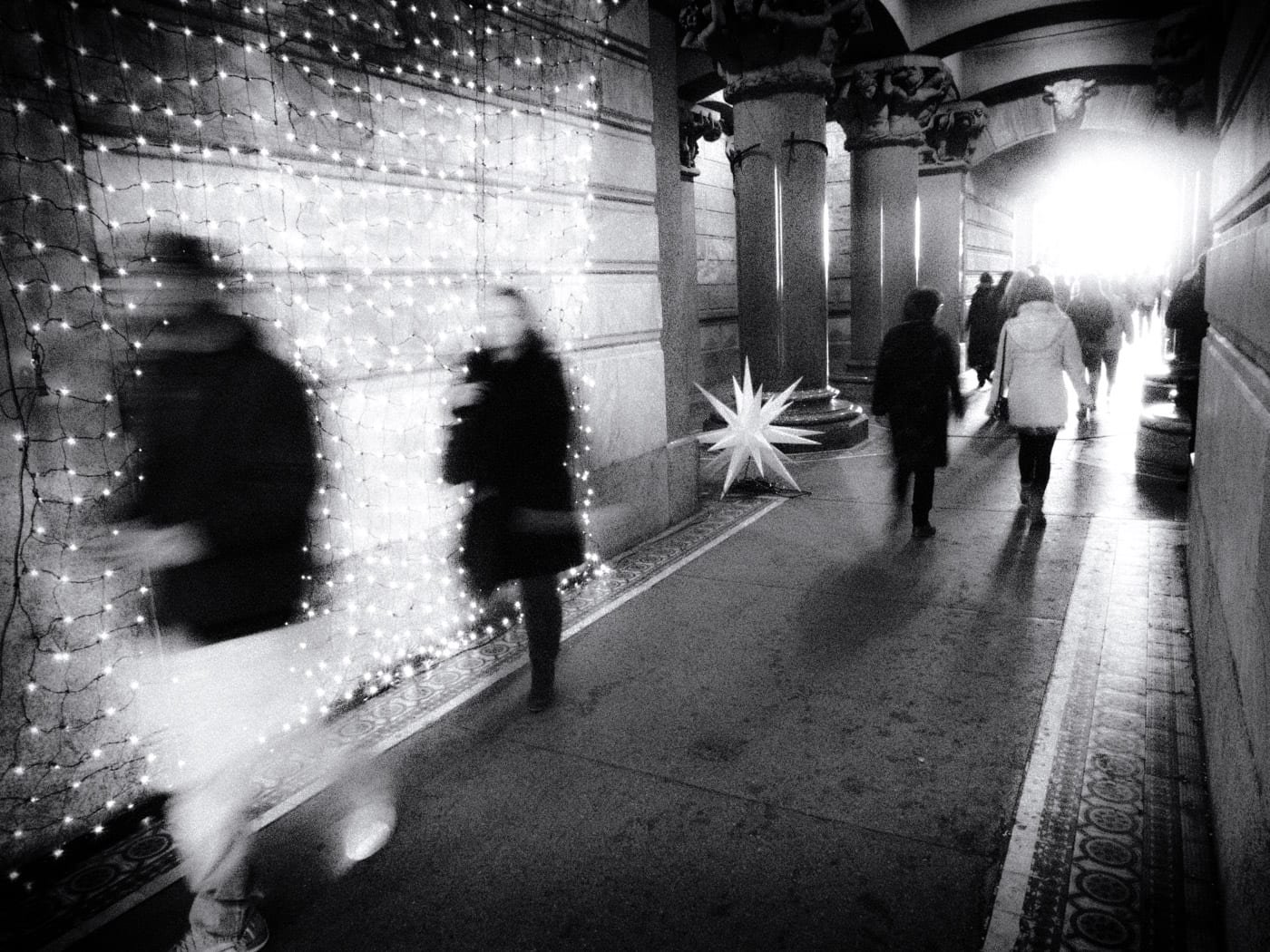 I hit the foot switch and all white is on. I pick up the Schneider 4X Lupe and look thru it as it rest on the paper. At this point I must explain. I am a Viet Nam vet but we aren’t vets yet or humans at the point in time. I seen my share of stuff. I have survived the streets and all kinds of things. My eye looks at a frame and I get this clutching feeling around my chest that is getting tighter and tighter. In my mind I hear the sound of the ball dropping and I know with all my heart and soul that is not a good sound at 1/250. I now have proof that 4 has a virus or something and the Doctor is gonna be expensive. I clean up the darkroom. Then I try to sleep and all the sudden, it’s morning.

I have a number for Leica that Geo gave me and told me to ask for Ernie. Now this is the time that Steve Jobs hadn’t mad a real computer yet. So, I am living in an analog world and I call Leica. I figure I’ll be on the phone till my kids get out of High School. A woman answers and has the voice the is so pleasant that I instantly start to cool down. I explain that I want to talk with Ernie. She ask my name and I figure, that’s it…I’m cooked. Meanwhile 4 is on my lap and not crying but I hear sniffles and he’s not looking good.

The, then out of the world, a man answers with a very strong German Accent, and says, how may I help you sir? 4 could hear the voice on the other end of the phone and I can see, he’s excited. He’s wiggling on my lap and I hear him playing with his shutter speeds.  I explain everything to Ernie and he says, “Ok, send the Camera to me and I’ll fix it. I will have it back to you by Thursday. Now I’m an not a clock watcher usually but it’s Monday around 10:00 am est. Ernie says, anytime you have a problem with your cameras, call this number directly and ask for me.” I said yes sir and 4 was all jumping up and down…. he said to me… wanna go see daddy. Then Ernie said, have a good day Mr Springer and tell George I said hi. I never even mentioned George….hmmmm? I packed 4 really carefully and told him to behave. Sure enough, on Thursday, UPS delivered 4 and an invoice marked paid in full. Thank you for your service.

But this isn’t what the story is about. See I saw this blur across many photos. It was not intentional at all but a freak accident. I started to study photos from other shooters. I remember I had books my Duane Michals and started studying why he was doing this stuff. So, I made prints and in time I felt that these photos are about “In Between Time.” There are many in my catalog and after a while I started seeing deeper in some and that became the “DreamCatcher”.

I’ll do more shortly but this is a basic idea how I think and how the process of discovery is so important to us. It also shows that we need to be open with our heart and minds to move on with our work

Be Blessed all…………. I have been criticized about foul language and thought about it all day. He’s right and I openly apologize to all and will not do that again.