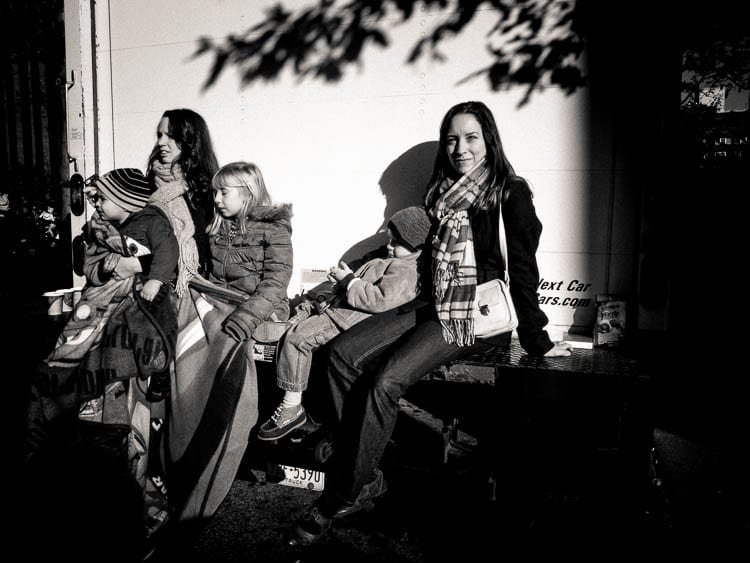 When I’m really in the here and now on the street, I can breathe a zone. What I mean is, that there are certain times when I’m working that I can feel things just moving into place. When this happens, I know that an image is at hand. The abused term from Bresson, “The Decisive Moment”‘ will not be used here. That is in fact the definition of what I am writing about but I will just call it the “Zone”.

Let’s get into the what the Zone actually is. It is the coming together of the shooter and the subject matter in time and space with a total awareness of the shooter of  being there.  So, one just kinda breathes and is open minded, acutely aware that the image is forming and in a state of preparedness so that when the trigger mechanism is ready, the camera records the image.

Maybe this sounds like baloney to some but the serious shooter may understand without even reading. Does this sound too metaphysical or maybe to intense? Well, it should because it is. If you think this is strong stuff, find some real writings from Minor White. Minor understood life and photography better than anyone before or after him.

Working In The Zone

On the street shooters are looking for what? Most seek a moment of equilibrium with themselves and their subject matter. That’s part of the Zone. What we want to achieve is finding the images that when we view them, they resonate with the life and presence of us when we made the capture. Look, it’s easy to go out and shoot a few hundred shots in a day. It’s cheap and it’s easy to edit. The problem is, that after we do this massive shoot, there aren’t enough images that really mean anything to us. If we even remember a few from the shoot, that’s a good result.

I’m not saying that this massive collection of images on a shoot is bad, I’m just stating that most times it’s unfulfilling. This will cause doubt in the shooters mind. This will create a negative energy about the work the shooter is doing. For elder shooters like myself and a few names that I won’t mention, this is not a major issue. Why? Because we are more confident in what we are doing. True or not, that’s the way it is. We just don’t give a crap, we just work.

For younger shooters, negative energy can be very destructive. So, what is a possible solution? If you focus on what you are looking for, it may just find you. The chances of you being on the street and finding a magic image is very unlikely. The chance of you being in a zone and letting the magic image find you, is very high indeed. If you get into the zone of awareness and your out there looking, more importantly, feeling….the images you want will find their way to you.

If you’ve read what I wrote on the other pages and post, you have the basic principals to become the best shooter you can be. Forget about being anything more then what you can achieve with your Eye, Heart & Mind.  You are your own shooter, your a street shooter, is there anything else in the world as exciting? Get out there and go to work.

It was January 1st 2009 otherwise called by it’s real name, “MummersDay”. I try to make the parade here in Philly every year but I can’t always do it. This year, I did and was really turned on visually.

The energy of the Mummers, the smells of the beer from the spectators the cold brisk air blowing across my face just made me feel more in tune than usual. I felt happy yet in a very metaphysical state. I was in my zone for such a long period of time that I no longer realized that there was a zone. It was just a time of seeing and being in the here and now with my camera.

Whenever I see the costumes like this, I can’t help but think of one of my favorite shooters, George Krause. His images are etched in my memory banks since I was at his studio in 1971. Anyway, I was in the mode and walking, not strolling. Strolling is for you younger shooters. We elder shooters walk, well we try to anyway. I turned a corner and magic from the highest level of photographic nirvana hit me on the head…..

I still remember and feel every aspect of the time, place and image presented here. That’s what the zone is about.

This is for you George, you’ll never know what you work means to me. 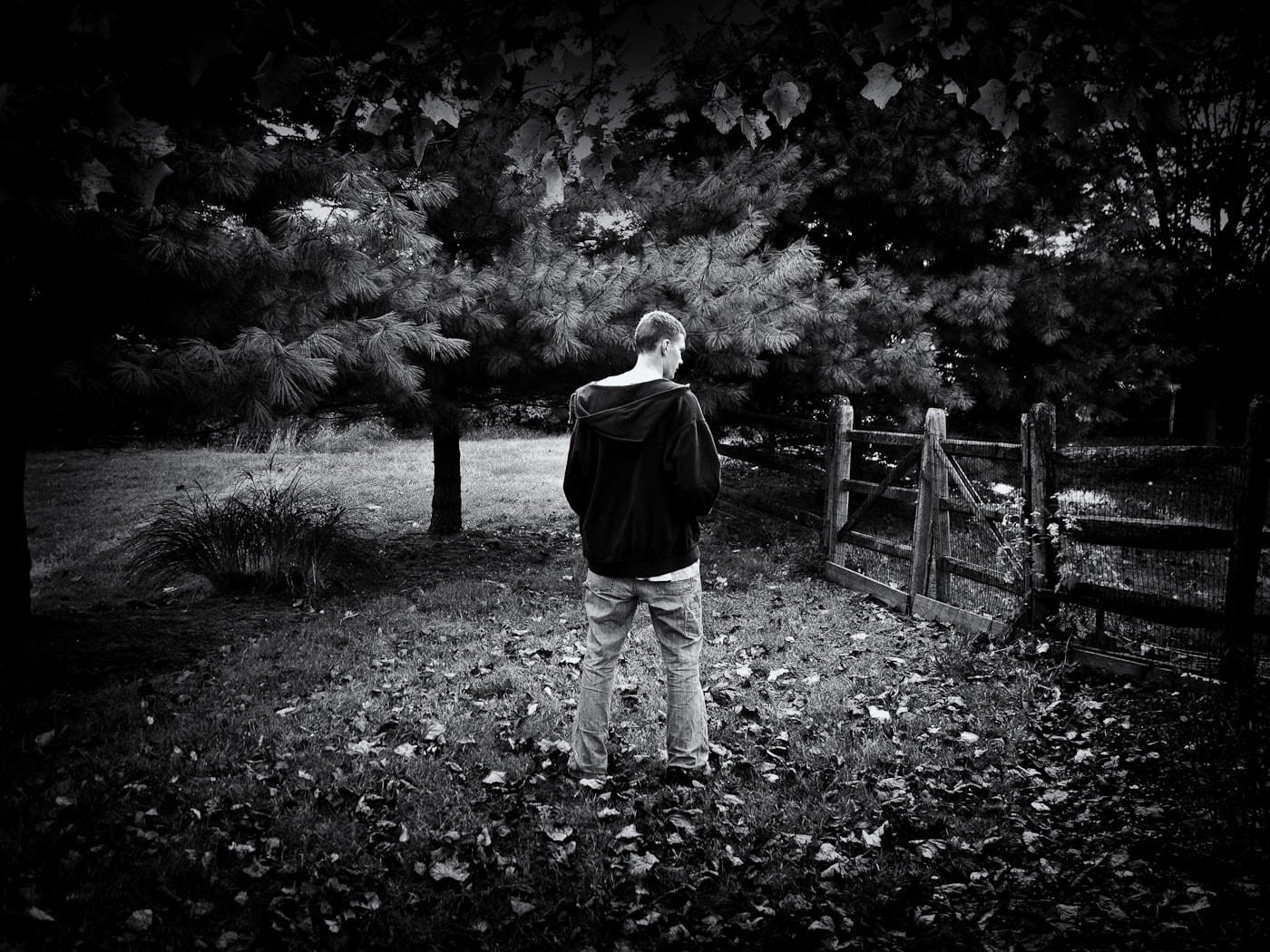 This is my son Paul. I ain’t talking about what he’s doing. The two of us were talking about stuff waiting for a client to arrive. I started to feel a connection to the past that I hadn’t felt in many years. I had not planned on making any photos. I wish I was that good that I could plan my work but I’m not. It finds me and that’s it. So inside I started to feel that familiar feeling of oneness starting to develop….I still was reluctant to make a photo because it was a personal moment for him even tho his dad was right behind him.

24 thoughts on “Helping Your Images Find You”