See that guy up there…yeah, yeah…the one in the photo. Well, he’s a Philly street shooter named Anthony. As it turns out we are Flickr friends and we met in reality by accident. See, I was walking west on Arch by 13th and he was stooping down like in the photo. I saw him but don’t think he saw me cause I’m like this stealth invisible camera toting shooter that no one can see until after the fact. Of course when I get home Tanya calls me an idiot and “Take the damn trash out”! So I raised the XP1 and knowing the 28mm focal length got into position. I clicked and Anthony looked at me. He didn’t know I was me and I didn’t know he was he. Imagine that. 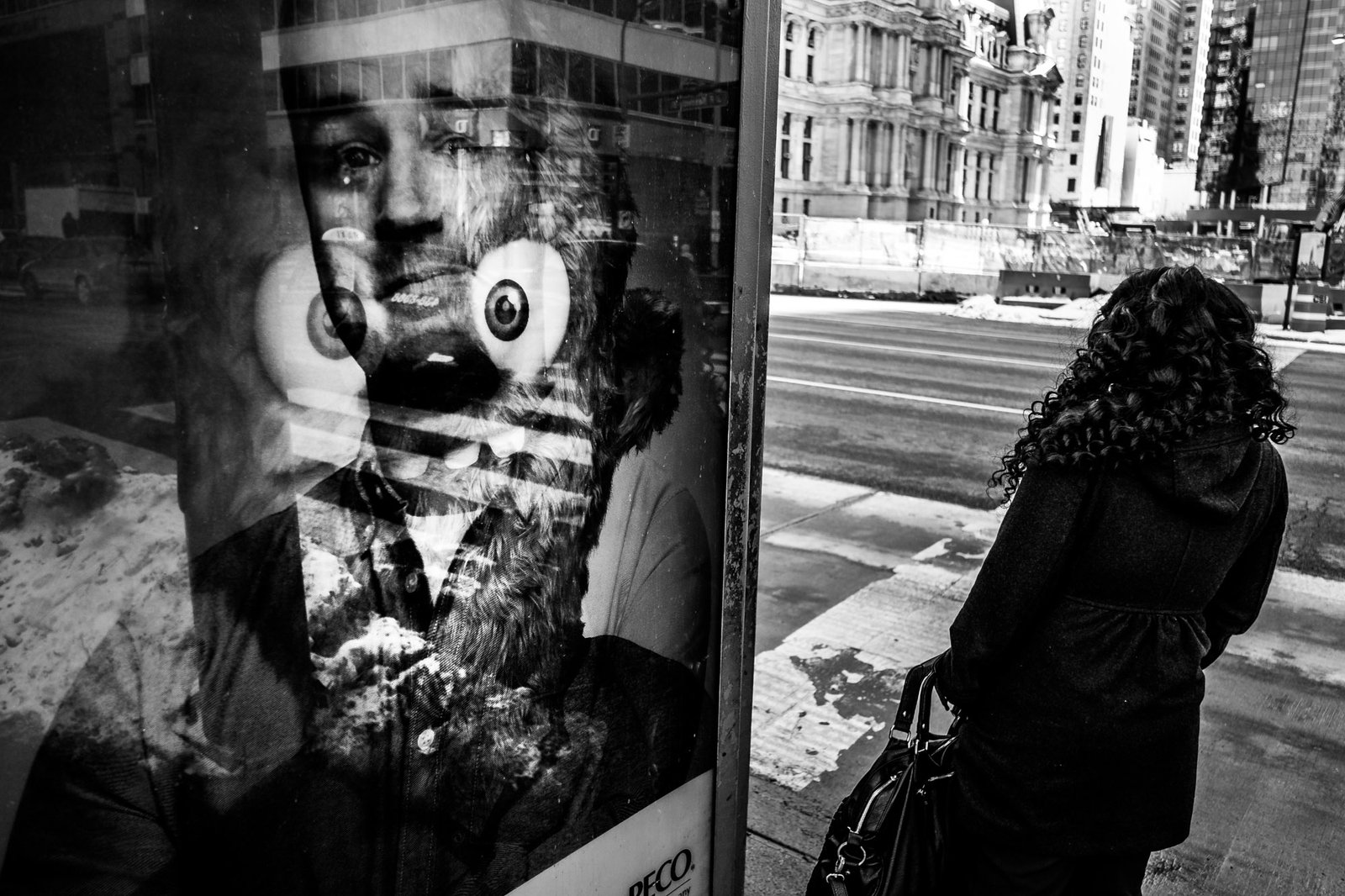 I was across from City Hall and I saw this signboard and as I looked at it it kept changing it’s content. Now beings the smart shooter, xcusa me…streetshooter that I am I know that Mayor Nutter had street shooter distractions all over the city. See, we as a Nation of Universal Street Shooters abide by the rules and regulations set forth by the Universal Tribunal of Amalgamated Separatist C-Joined with camera in hand Street Shooters United in Cause to help the camera makers survive at out expense but to give us the cameras we need to bother Mayor Nutter and his staff when tourist complain about photographers running a muck but they never do anyway so this is all null and void but sometimes I just like to rant.

Anyway, the XP1 is a great camera but it really works with the 18mm. True nuff, the 18mm is the weakest link in the Fuji lineup but then the other lenses don’t offer that great FOV. It’s a catch 22 but luckily I’m not a real pixel-peeper. I am just a serious shooter but, that being said…when I have the cash, if ever, I’ll get the 23mm which converted to 35mm would be my natural FOV. 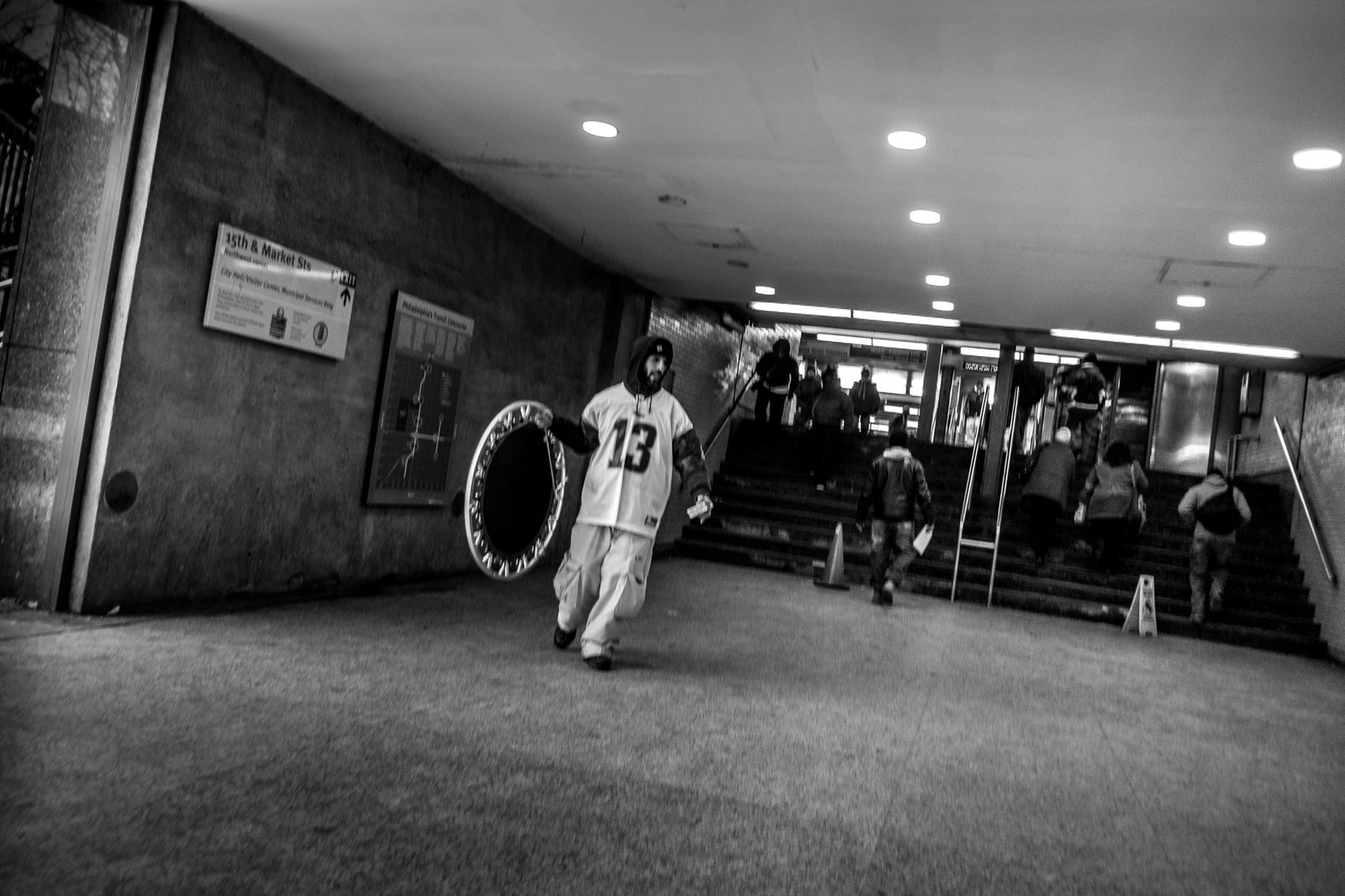 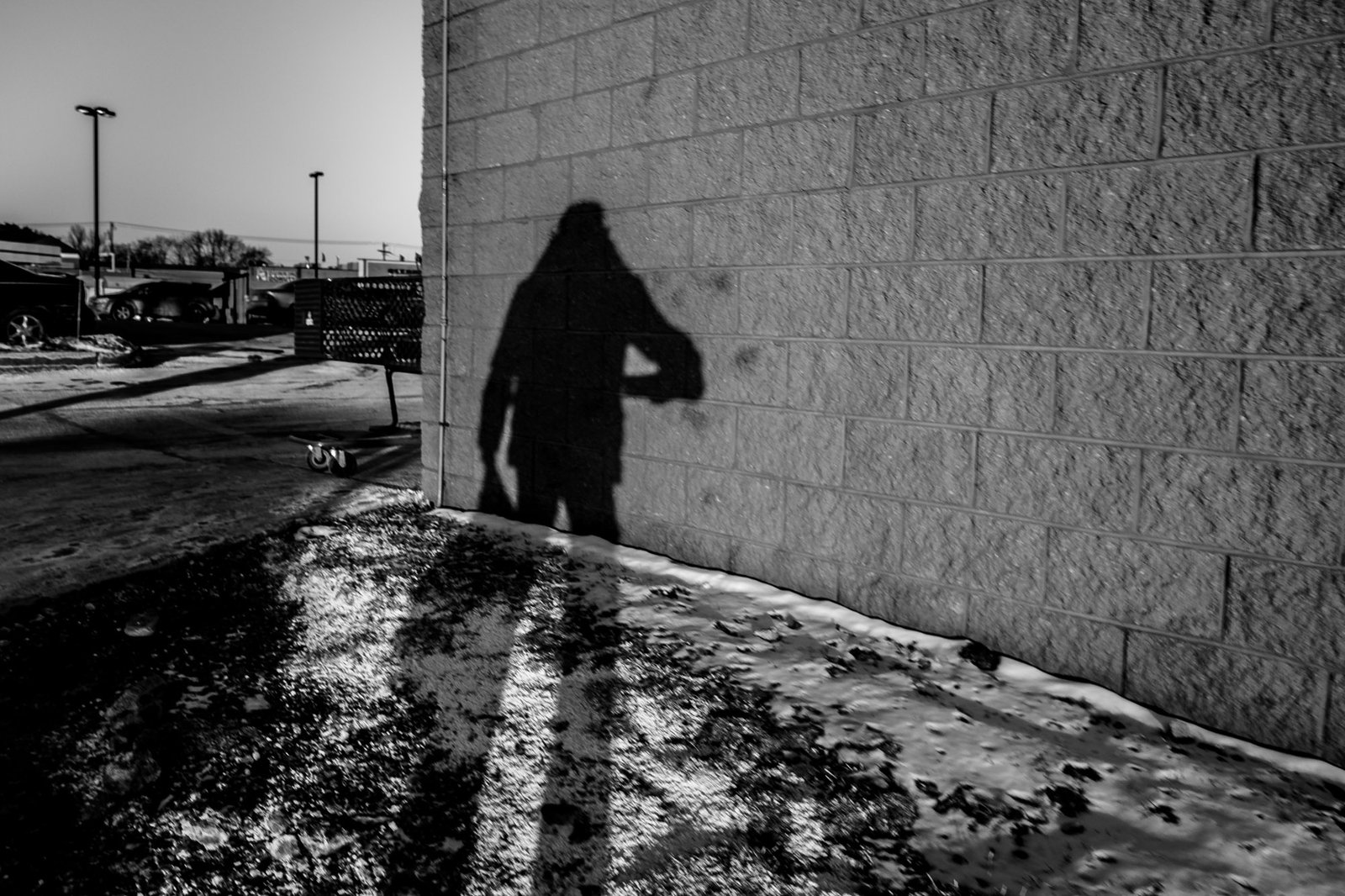 Listen, well…just read cause ya can’t listen unless ya take the meds a lot of vets take to find out who’s in the voices we hear…most times it’s Tanya but sometimes it’s somebody in my head…”Think,,,,Being John Malkovich”.

Have a blessed day….and night and for a long time to come too…..