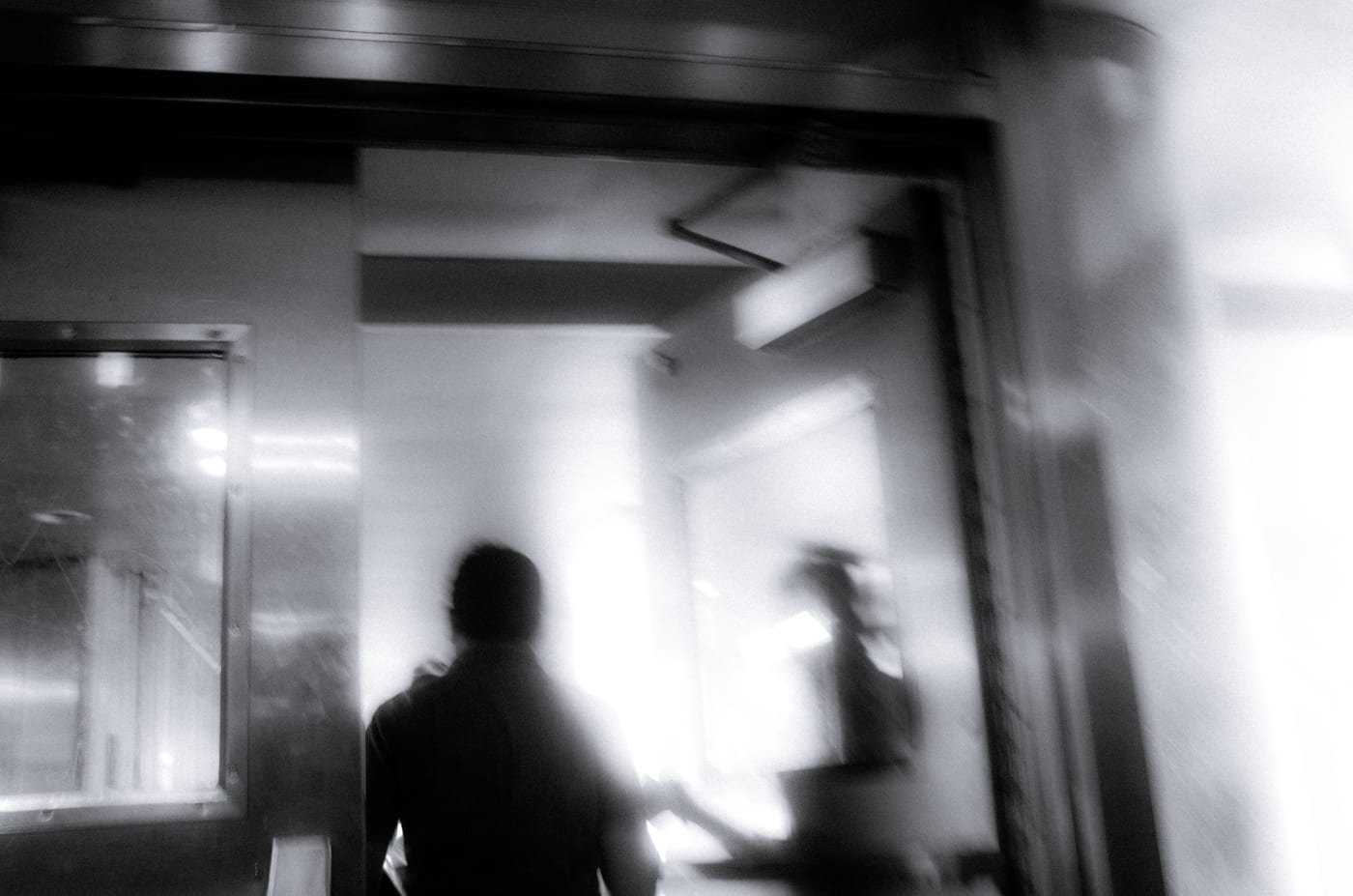 ….. Roger and I are standing at the counter at B&H. I think it’s like 2012 of 2013. The salesman is working with another customer when he sees Roger and says I’ll be right there. Sure enough in 15 seconds, he’s shaking Roger’s hand.  He doesn’t acknowledge me and that’s fine.  Roger looks at me and does that silly thing with his eye. I’m supposed to know what it means but after decades, I still don’t. He tells the guy I’m his partner and all the sudden the salesman wants to  give me his firstborn son. 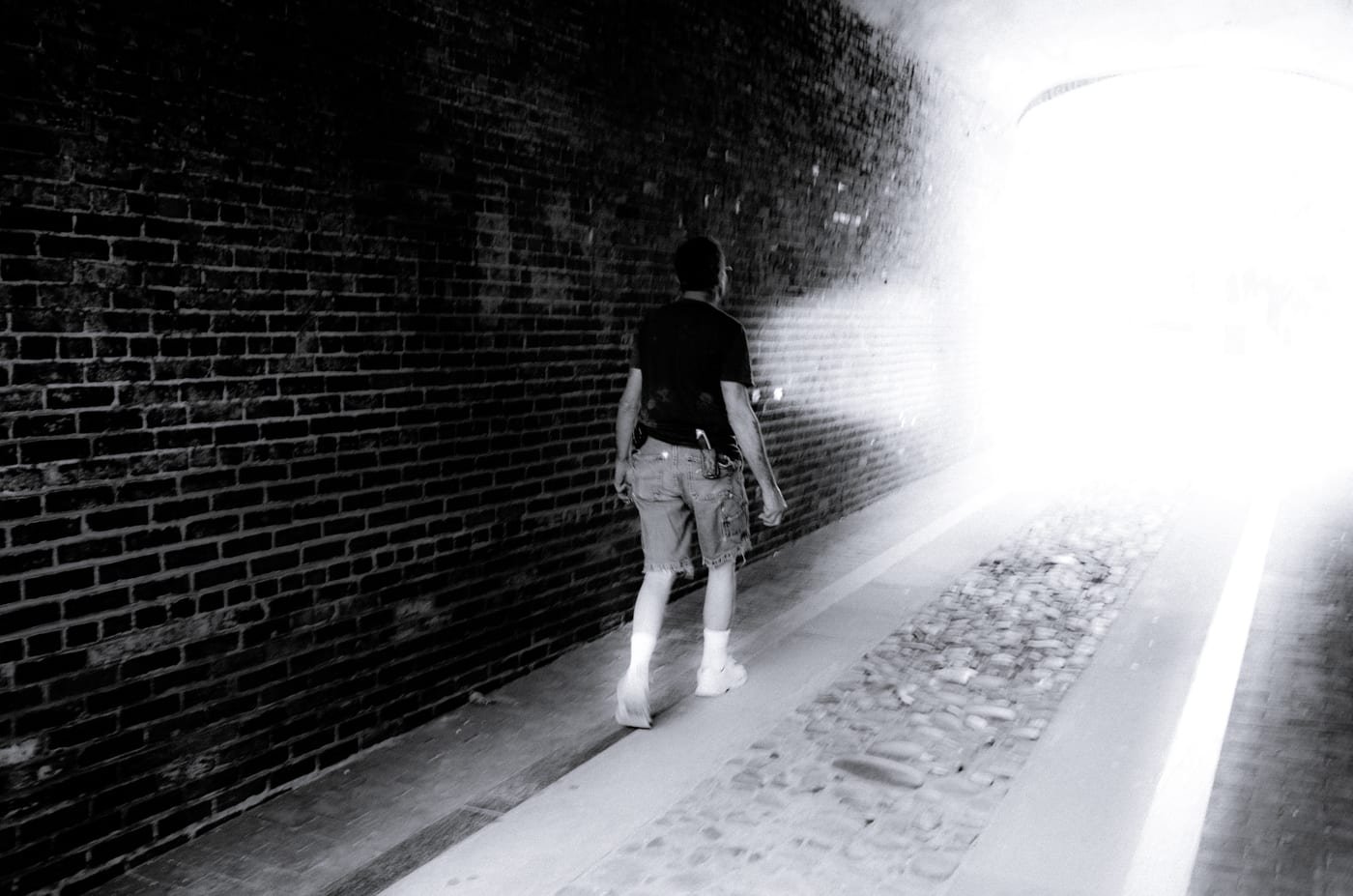 Roger gives the salesman an order number. The guy goes to the back of the store an in 5 minutes returns with a look of curiouosity on his face. He says, “there seems to be a mixup with the order, they didn’t specify which camera and lens you wanted”. Roger looks in the box,  picking up the Monochrome, the M24o. There around 7 lenses in the box. Roger says to the guy, yes a mistake has been made. Where is the Canon 5D and 24-70 and the 35 1.4? The salesman says, “can we get the Leica that you want first”? Roger immediately says, this box is part of my order.  It all goes with me.

I think the salesman is like 27 yo but he needs to wear a diaper. I think he dropped a load.

He says Yes sir, be right back. On his return Roger says he wants to see the Leica X-E. Well the salesman runs and comes back with a new X-E. he opens the box and loads a batter in it. He hands it to Roger who in turn hands it to me. I start checking it out. They finalize the bill and for some things ordered a few weeks ago. I figure it’s around $80,000.00. A man walks over to Roger and thanks him, shakes his hand and says’ “We want you to have the X-E as a gift to a loyal customer”. Of course Roger is very gracious and thanks all concerned. 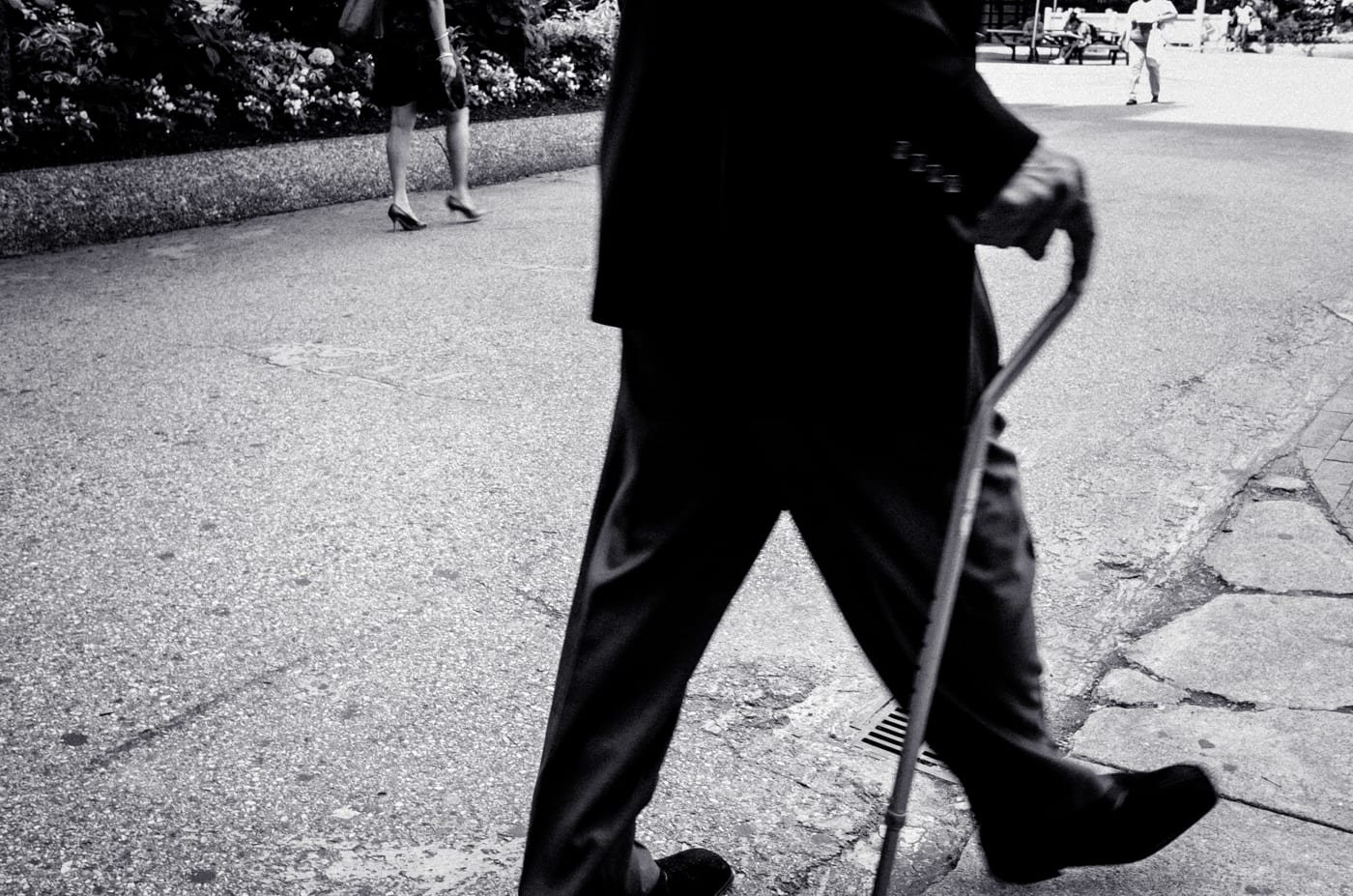 We carry the two boxes out to Roger’s Jag and put them in and we head back to Philly. We get to the first rest stop and of course I need to go. So, we pull in and Roger waits in the car as I go in. After a few minutes I come back to the car and get in. Roger starts the car and hands me a box. He says, I want you to have the X-E. I tell him thanks but no thanks. That cmera goes against everything I have going on. I like to set my camera on M mode, auto iso and then choose f/stop and shutter speed. This way I can control my exposure and the camera works with me selecting the ISO.

The Leica X2 and X-E do not do this. They will not allow auto ISO in M mode. I tell him forget it. Then as we are driving along, he’s telling me that I am too comfy in the way I work and with the cameras I work with. He tells me that I don’t think anymore but just respond to the scene kinda like a very open minded auto mode. Inside, I am getting pissed. Not because of what he’s telling me but because it’s all true. He reminds me that in my film daze, I would have a fixed ISO, sorta of maybe but I ain’t sayin’ nuttin about that stuff. I smile and admit he’s right but I don’t want to fix something that’s not broken. He tells me keep the X-E and just enjoy it. I used his X2 many times before so I know the work involved in un-taking-for -granted and adapting-what-I-know-but-don’t-use -properly. 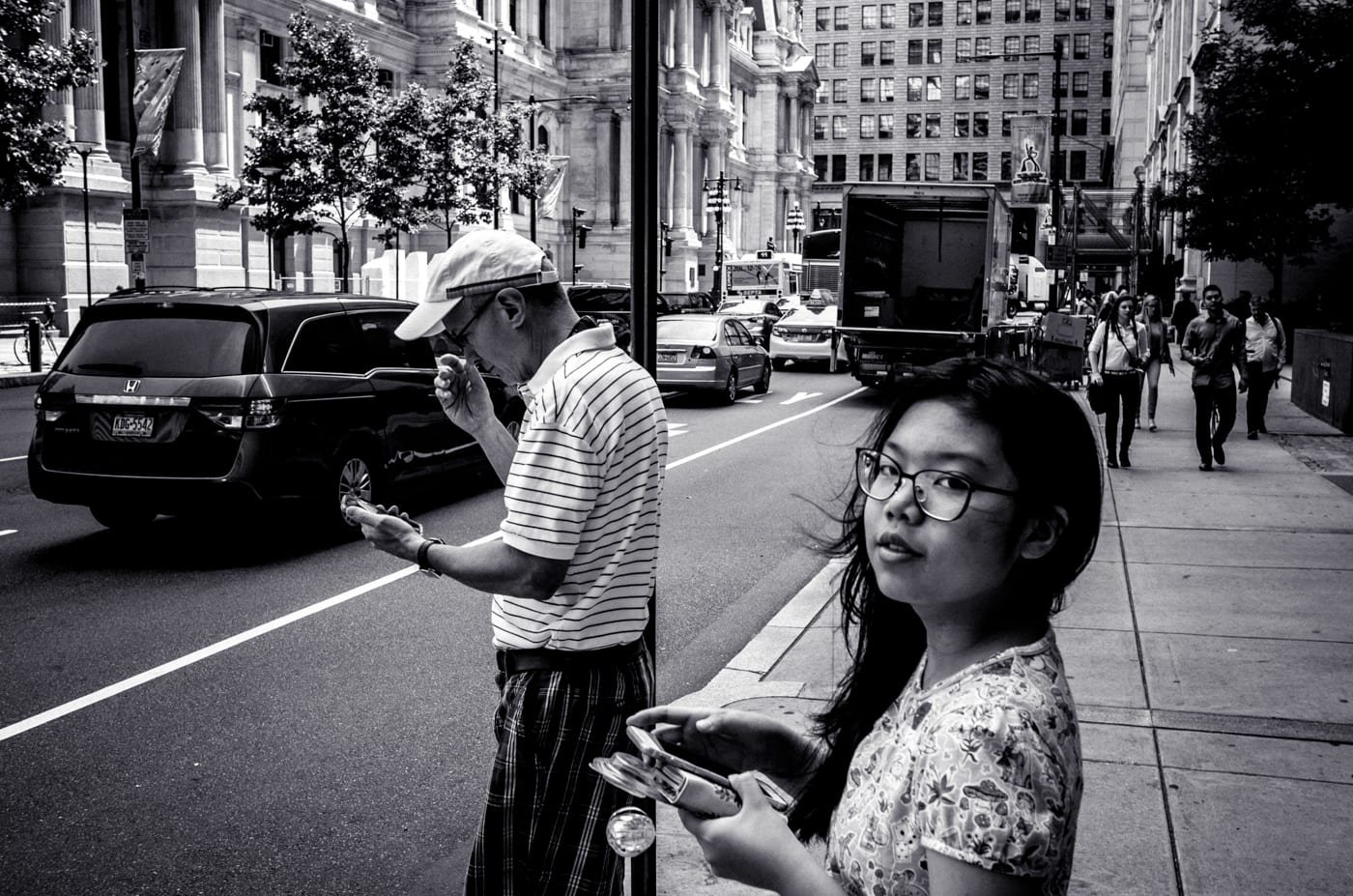 So I used the X-E for almost a year along side other cameras but it doesn’t like to share experiences and knowledge with any other camera. Leica’s are greedy with time and love. They do not like to be with a ny other camera out working. So after a while I stop using the X-E. All my other cameras are ok with each other. So, why rattle cages when it’s not necessary. Roger is in India and Pakistan working on a case and I take some things out to his home and put the X-E on the shelf. Life goes on. Time passes and here we are. Weekend before last Roger and Mary come to Philly from Hong Kong for a visit. He wants me to come out to his home on the main line and check things out. I do the inventory for his acquisitions. This at times is a task but I do it because he’s my friend. So we are in the vault and looking at some nice Leica’s. He picked up a 250FF I think it’s called. Nice stuff. Then I see on shelf where I placed it years ago, the Leica X-E. I smiled. 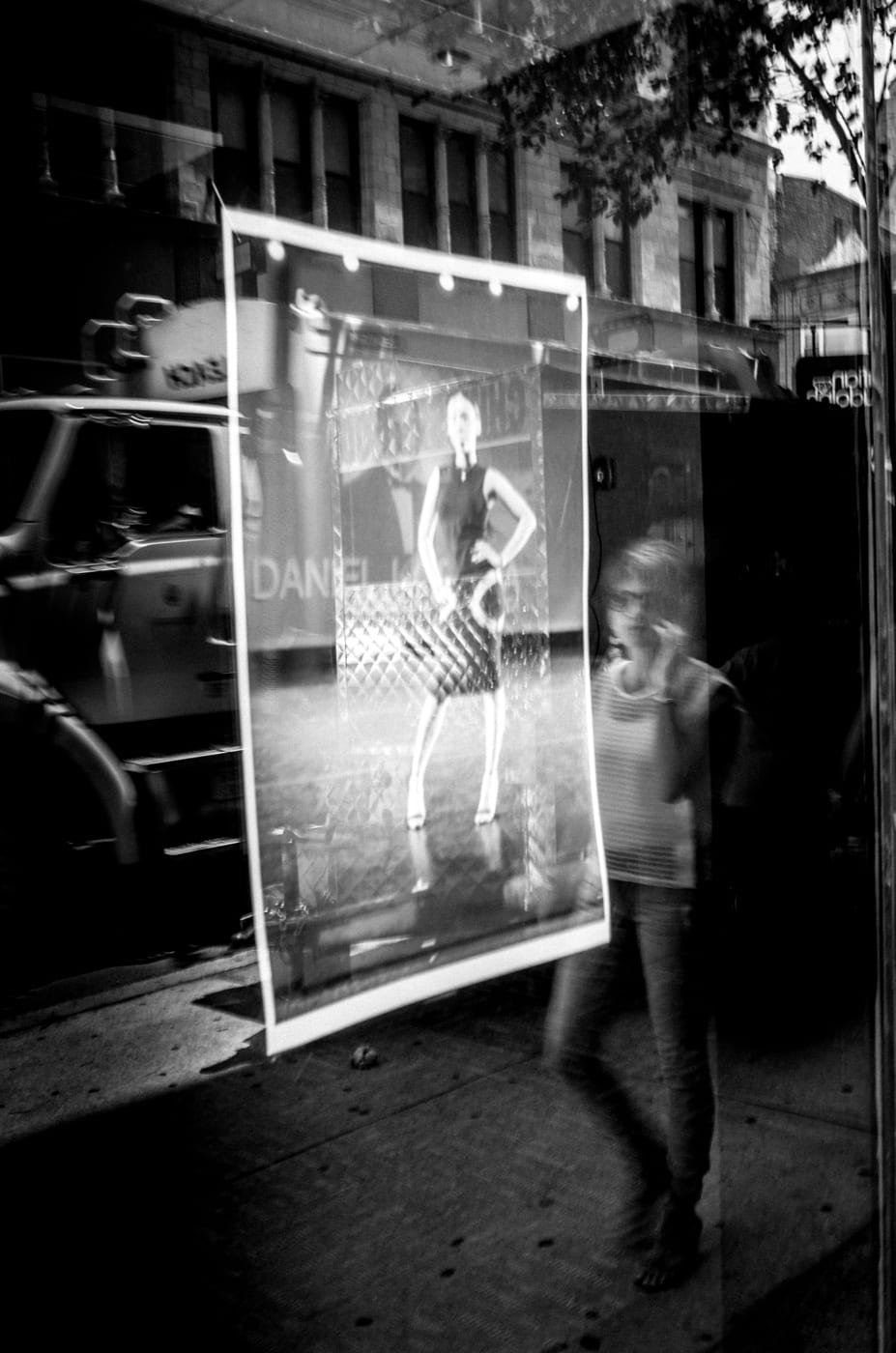 Roger said once again….”take the X-E and use it. Don’t return it, it belongs to you and it will help you discover your inner self again.I shrug my shoulders because I know the camera pretty well and I know it will do what it wants and not what I want. There is a compromise with it but I need to just let go and open my mind and heart. I tell Roger, ya know something, I will take it and use it. I need to be on a screen camera again. Even the GRII is very fast and intuitive but the X-E makes me slow down and live and feel the moment.

The Leica X-E will not give you Auto ISO  in M Mode. The screen is the pits. It takes a while to turn on and it goes to sleep in a minute. It focuses ok and manual focus is very good. The lens is a Leica Lens and any Leica shooter will be happy. It’s an outstanding lens. You can make an exposure and it’s slow to write to the card.

So why use this age old camera? Ok, first off, it is ELEGANT. Even tho it’s not fast it’s very Elegant. What it does it does well and what it doesn’t do, I don’t need with this camera. There is a cerebral connection that this camera offers and supports and all I need to do is stop having pre-conceptions about what I want it to do. So, I am back to the raw elegant basics and I have a companion with me that is an old friend. I will not take any other camera out with the  X-E. If I did it would be Mom the Ricoh GRII because she’s a screen camera also. You all have a fine weekend and HAPPY JULY 4th to one and all. I’ll be working with Dad the Leica X-E for a while.