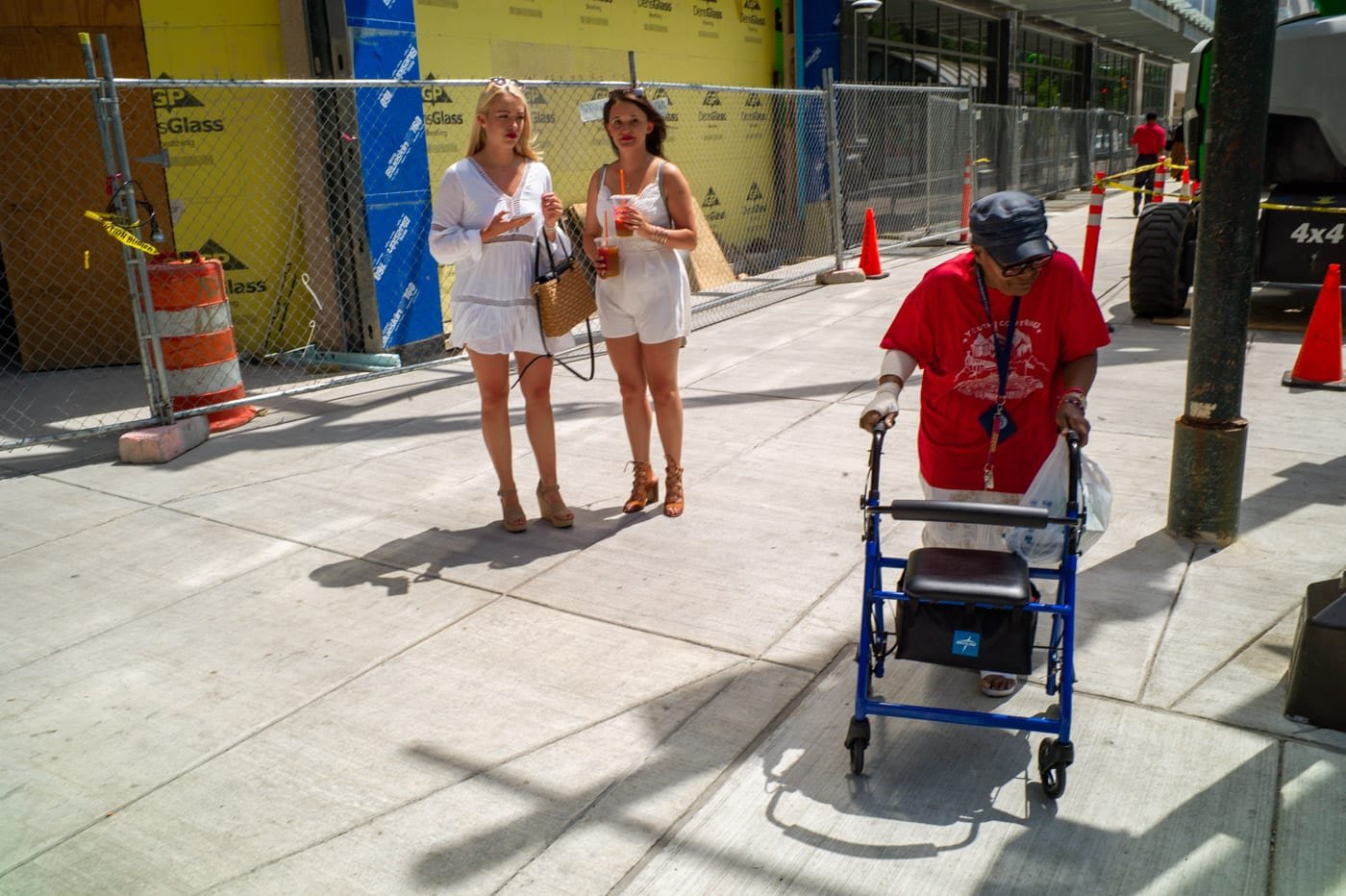 I remember back in 1975 I wanted a blad like crazy. Once I had the camera I was all proud and happy. I’d go to openings with my un-named blad on my shoulder, knowing I was someone. One day my friend Paul told me I wear the Blad like jewelry and don’t make photos with it. The truth was he was right. I had it at last but really didn’t use it. I was a street shooter and not a Blad dude. I felt that the camera would give me a signature or tone and it didn’t. I was really heartbroken.

Ya know, we can run like crazy from our gear, our PC’s, our thoughts and ideas but the important part is, you can’t run from yourself. It’s easy to think we can, just by ignoring the signals that come to us and yes, from us but the truth is, ya ain’t going nowhere. I remember the night I got my stage name. I was playing a gig at Cliff’s and we were heating it up. The audience was 90% black, don’t matter to me but I was the only white guy on stage. We cutting blues and everyone is really digging us. A woman halfway back in the seats stands up and says… that’s the Snowman, I know him he’s the Snowman. Gotta tell ya, I was on cloud 9. I mean people dancing and having a good time and I was driving them with my ax. I was the Snowman and would be forevermore. But, I was feeling things I wanted to say with my Strat that I didn’t know how to do it. Even tho the crowd was excited and loved us playing, I thought, there are 550 people out there loving all this, why can’t I love myself? 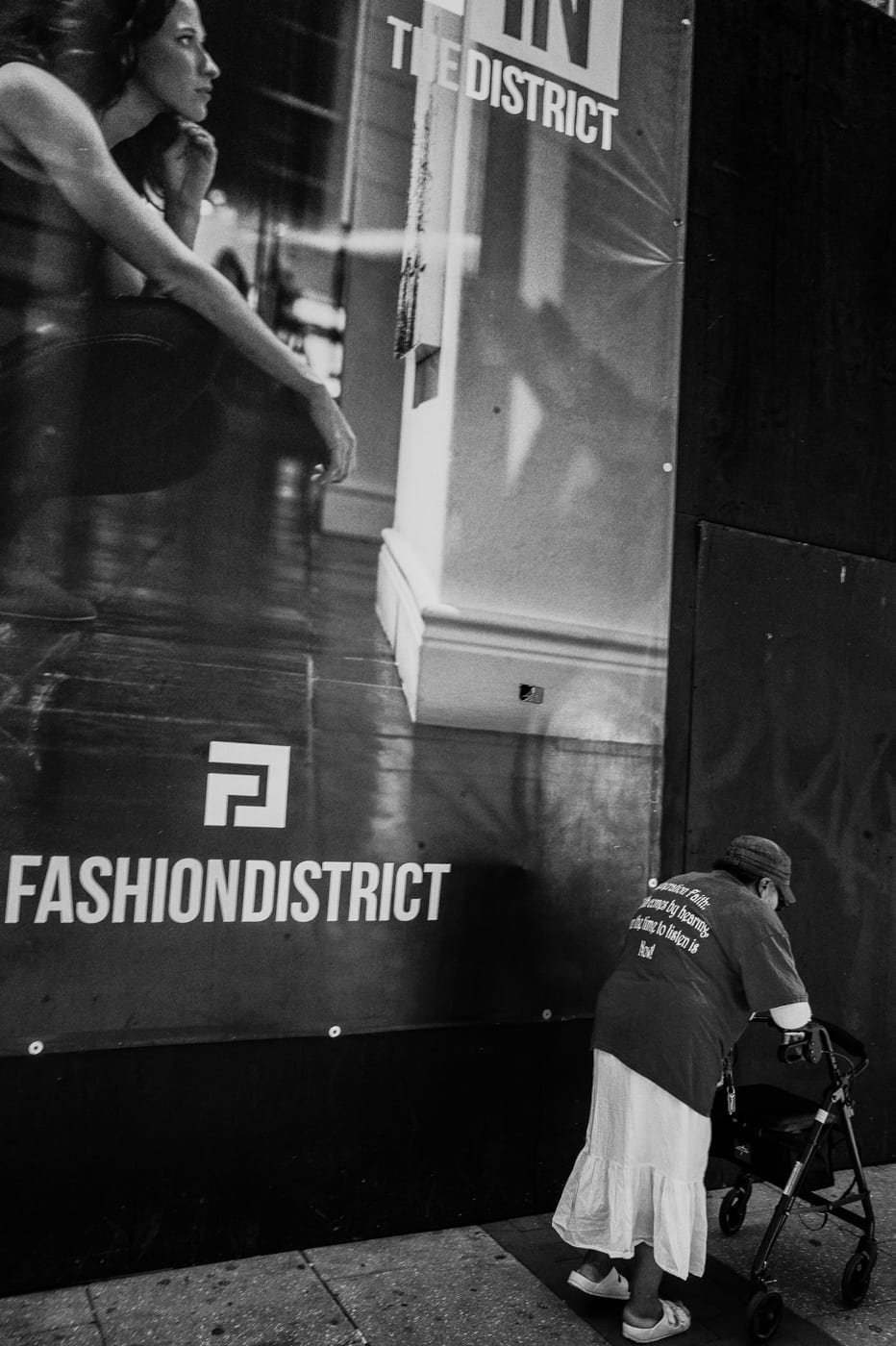 I had an opening at a MainStream Gallery in New Jersey. I had 50 prints of various sizes on the wall. As the evening progressed, may people cam to see the show. I was flattered that prints sold and was happy. It wasn’t about acceptance cause in photography, I am. We have like 60 people and the gallery director announces that I will be having a chat and question and answer in 10 min. Thanks for telling me. Her name is Diana and she’s an elderly lady with the elegance of a queen. Stunning and I am a working guy with a camera. She pulled me aside and in very clear words… Don, I adore you and I breathe your photos as well as but them. You must do this chat and do it well. I looked her in the eyes and I said, Diana, I got this, relax. I really was not uptight at all. I have my TONE intact and I can do this because I was placed on the earth to be a photographer. (if ya don’t pump yourself up, who will?)  There were many questions and even some discussions about gear. The press core was there and they threw a  question or 2 at me. I could look past the people and I saw Diana standing by herself in the white silk blouse. She had her hands clenched against her breast and I just looked at her and realized, she sees me clearer than I see myself. I answered many questions and explained many things the way I saw and felt them. I was not nervous not even 1 iota. For the first time in my life, I felt at one with myself. Ding had introduced me to Diana years before and now that his time had passed, I realized that Diana was my unspoken mentor and supporter. 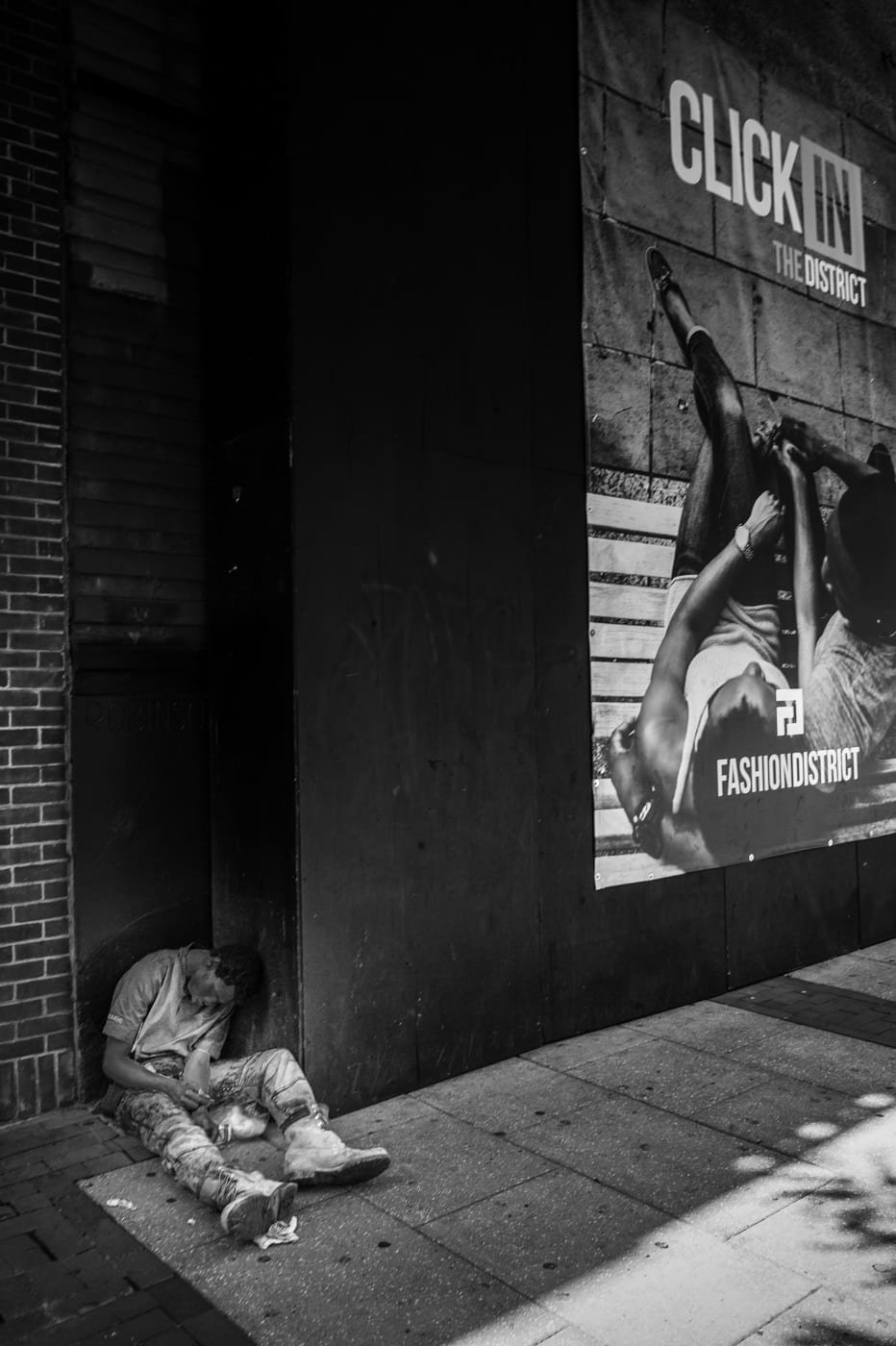 Even today, when I visit Diana, she will take my face in her hands and kiss my eyes and tell me, the gift of humanity dwells inside you. Maybe she’s right, I mean I can’t understand all that I am or could be, no one can, right. It takes a gentle soul and a kindred spirit to recognize one another.

The key issue is to attempt at all cost to recognize oneself. It’s nice and even stimulating to be accepted into a community or group of other photographers. It’s flattering to know you are respected. There are keys to unlock those doors of acceptance. Such as Leica, many will acknowledge you because you have a Leica. Maybe it’s a Fuji or Nikon or Ricoh group. Maybe you are accepted because you shoot film and work in an analog manner. The list goes on and on. Let me tell you something. You can run away from many things in life, even death but you can never ever run away from yourself.

Time to man/woman up and face the facts, you are who you are and need to accept and love that person. If not, one day you’ll be playing a strat on stage and feel empty even as the crowd stands and calls your name.