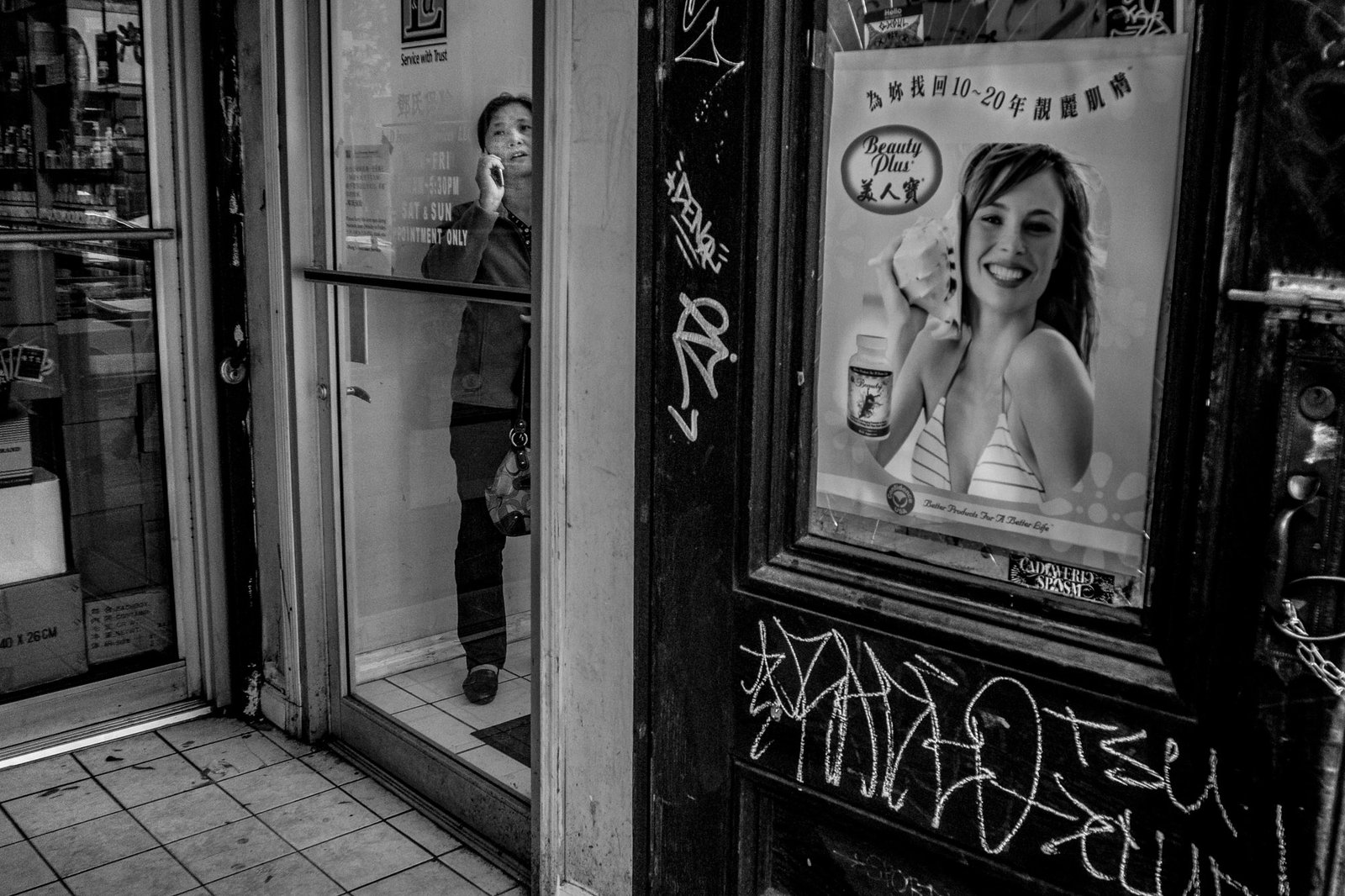 There’s something about the Fuji XP1 & XE1. I love the 15mm on either and never choose a favorite camera. I just let the situation call the shots.

On the XP1 with the 15mm, I get 22.5 mm FOV. Well, the way we do math here in Philly, that means 21mm. I had the 21mm for my M’s but never wanted to use it on a daily basis. I always considered it an extra lens for a suitable need. Now, with the Fuji’s…it’s on one of them at all times. I love the DOF scale and the Focus scale. That’s technical stuff but where it really counts, is seeing.

The Heliar has the unique ability to draw you closer to your subject matter then most other lenses. This turns me on big time. I feel like I can’t get close enough. Of course the subject feels differently.

I was walking on Arch Street near 12th and I saw a familiar doorway that I’ve seen many times. I made a few photos there thru the years but it’s not an easy juxtaposition. The woman who work in this place, well they are not Streetshooter friendly. I had just gotten past the door as my left eye caught a woman move into the doorway on the phone. So I slowly backed up and extended my arm and let the camera see before I could see. I saw the screen and then moved in to release. It’s not the best photo I ever made but it’s a real good one to explain Juxtaposition to my new student. 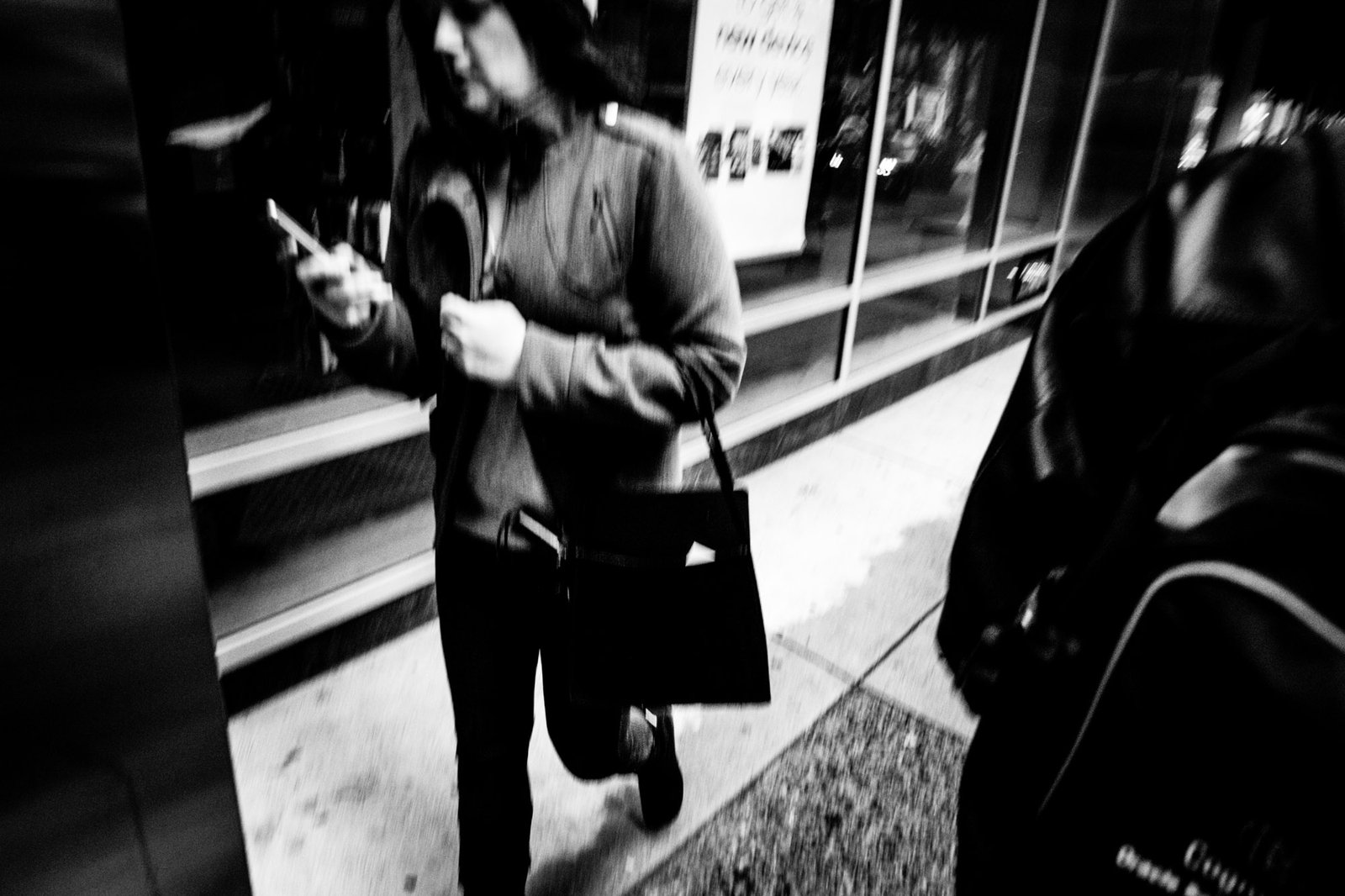 Another thing I try to explain is how to make photos because you just love making photos. Simply put….how to be free with your process. This is important because once the concept of freedom is grasped, then getting more rigid with ones work is understood. It’s just another form of juxtaposition and or, the Inverse Square Law. So for a spell, I am responsible to make lesson for those that think they can learn from me.

I will be at the Thanksgiving Day Parade again but even there, I am shooting for the City. My stuff will be in a different camera. I need a good shoot on the street with little or no agenda.