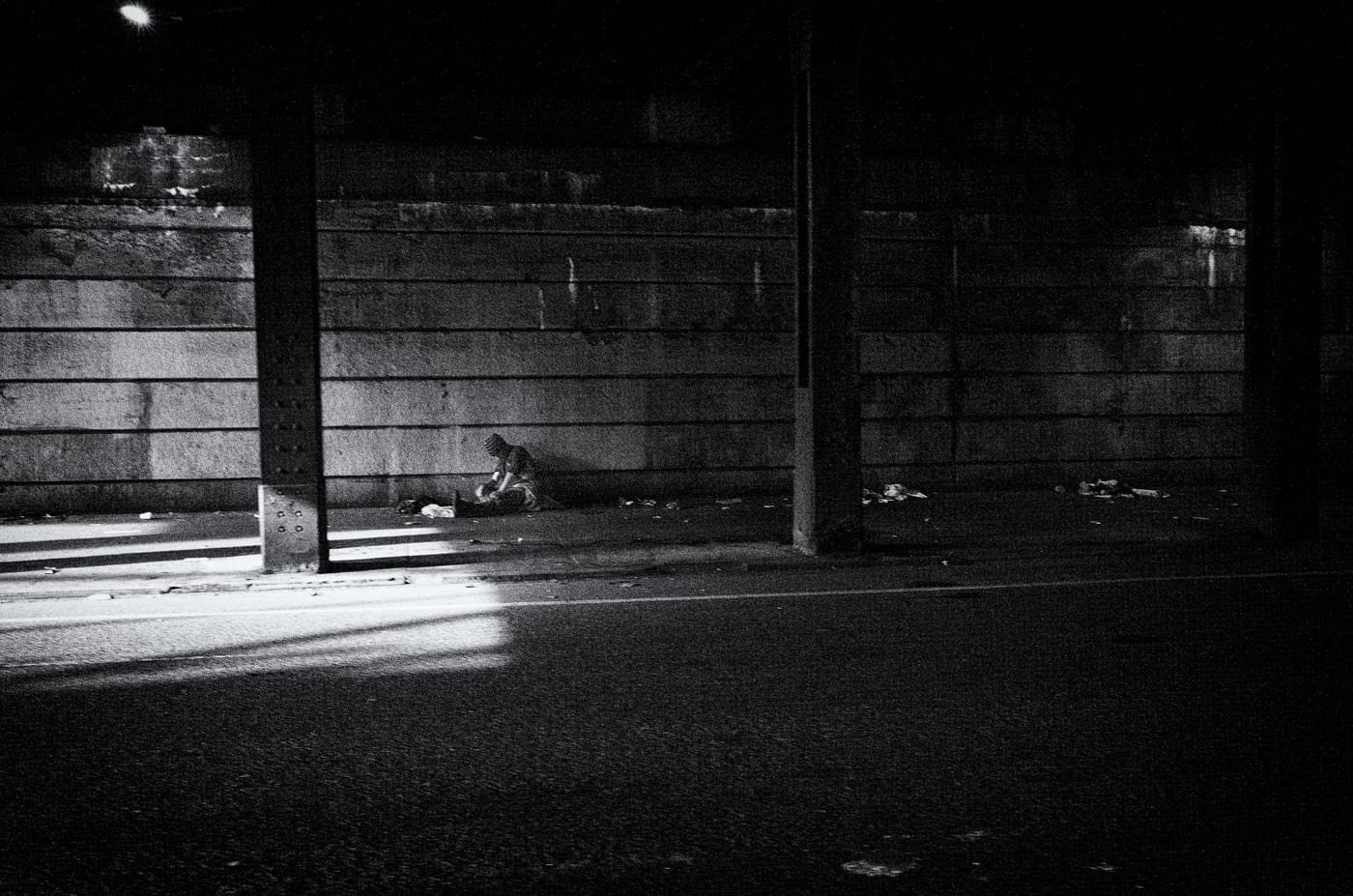 Years ago I would walk most of Kensington Ave but I can’t now so I drive to a spot and then walk some. I parked at Lehigh Ave and started walking up towards Somerset St. I get under the Rail Bridge and I see across the street a familiar face. Mom the Ricoh GRII was at the ready and we made a photo. I put her in my pocket. I walk over to the guy on the sidewalk and say, Hey Harry, what’s up? He looks up and has a slow nod on from the dope but responds, yo ma’ whatz up? I ask Harry how it’s been and he says, 17 already. What? 17 years out here, nothing any better.

See a few years ago I worked the avenue making photos of the junkies and  hookers etc. I spent maybe 2 years there and got to know a lot of people.

Harry told me his wife and daughter both od’d years ago. His daughter was 14 and she been tricking since she was 12.  Harry asked me how I was doing and how the PTSD was creeping up on me. I smiled. Harry was in the Marines and served a few tours in Afghanistan. He was a grunt and I suppose that’s how he ended up on the streets. He said he didn’t need the VA for help cause he gets all the help he needs from the next fix.

He told me he was hungry and could I spare some cash. I handed him $20.00 and he said no. That kind of money I shoot, just a few bucks for a coffee and a hot dog. I asked hi if here had any plans and he said, someday I’ll get a hot load and then I can sleep. I ain’t got no family anymore and friends just wanna rip me off.

Don, this is my home under the bridge. Your free to pass by or stop and chat anytime. So I sttod up and said my fafrewella. He looked at me and said…

“Semper Fi”. Ya know, that’s about the highest honor a Marine can bestow upon another Marine. For him to do that for me, Damn man… Fucking Hard Ass Soldier..

Lighter days a comin’….. be blessed