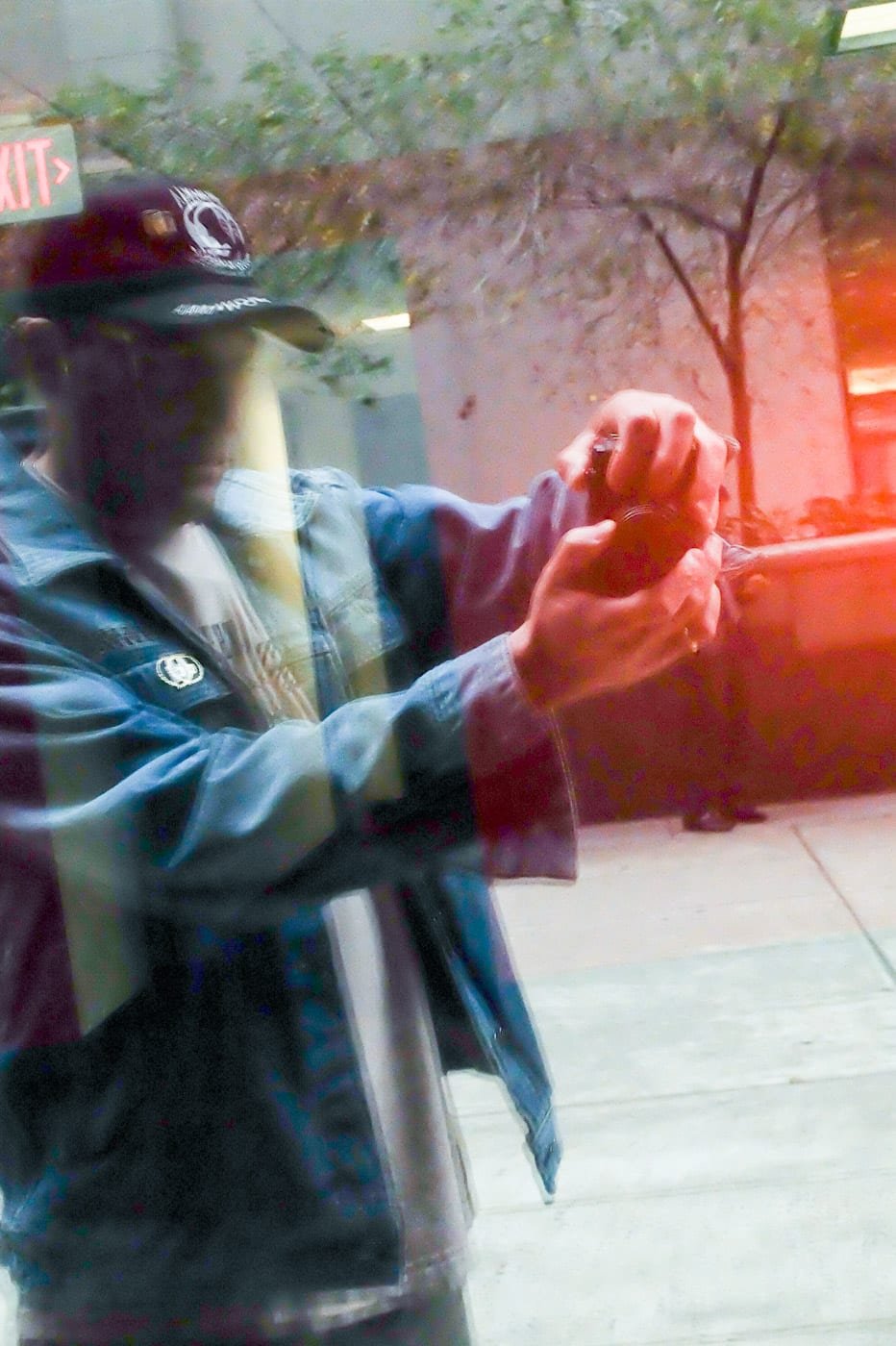 This is out of camera from DNG. I used the tilting screen and it’s very easy to see the photo from any distance you hold the camera.

There is much to talk about with the Fuji X30 and I’ll be posting steady about it for a while.  But,,, first off, the single most important issue to resolve.

I had a conversation with Daido the Fuji X20 and we agreed that he will leave his name behind as you moves forward to a new partner. He felt it only fair that the new partner name him, I agreed.

So he passed the name Daido to the new Fuji X30 on the shelf. So, the new camera has a name from a mighty warrior of the streets, The Mighty Fuji X20. I am not a liker of zoomie lenses and never use them on the street. One reason is that I don’t like them and I also don’t have any.

I got the X10 when it came out because I wanted it for family snaps. It quickly started to aggravate me because of the PP work. Bye little fella.  When the X20 came out I was very excited because it promised to fix the PP issues and it did. I used that camera a lot and it was a real winner. It gave me more than I asked from it in ease of use, interface, the ability to not intrude on my vision and IQ that I wanted for the work I would do with it.

I sold the X20 after 7 months because I was an idiot. I felt a loss from that camera that tore into my very essence. So when Olivier was selling his, it came home to me. It was named Daido from Tommi in a contest we had on my blog. I felt complete again. I had the X20 again.

See my street camera Andre’ the Fuji X100s and his new partner Ding the Coolpix A are great on the street and other things also but when I want to do garden shots, home shots, family snaps..the most important work any of us can do, I reach for the mighty X20. 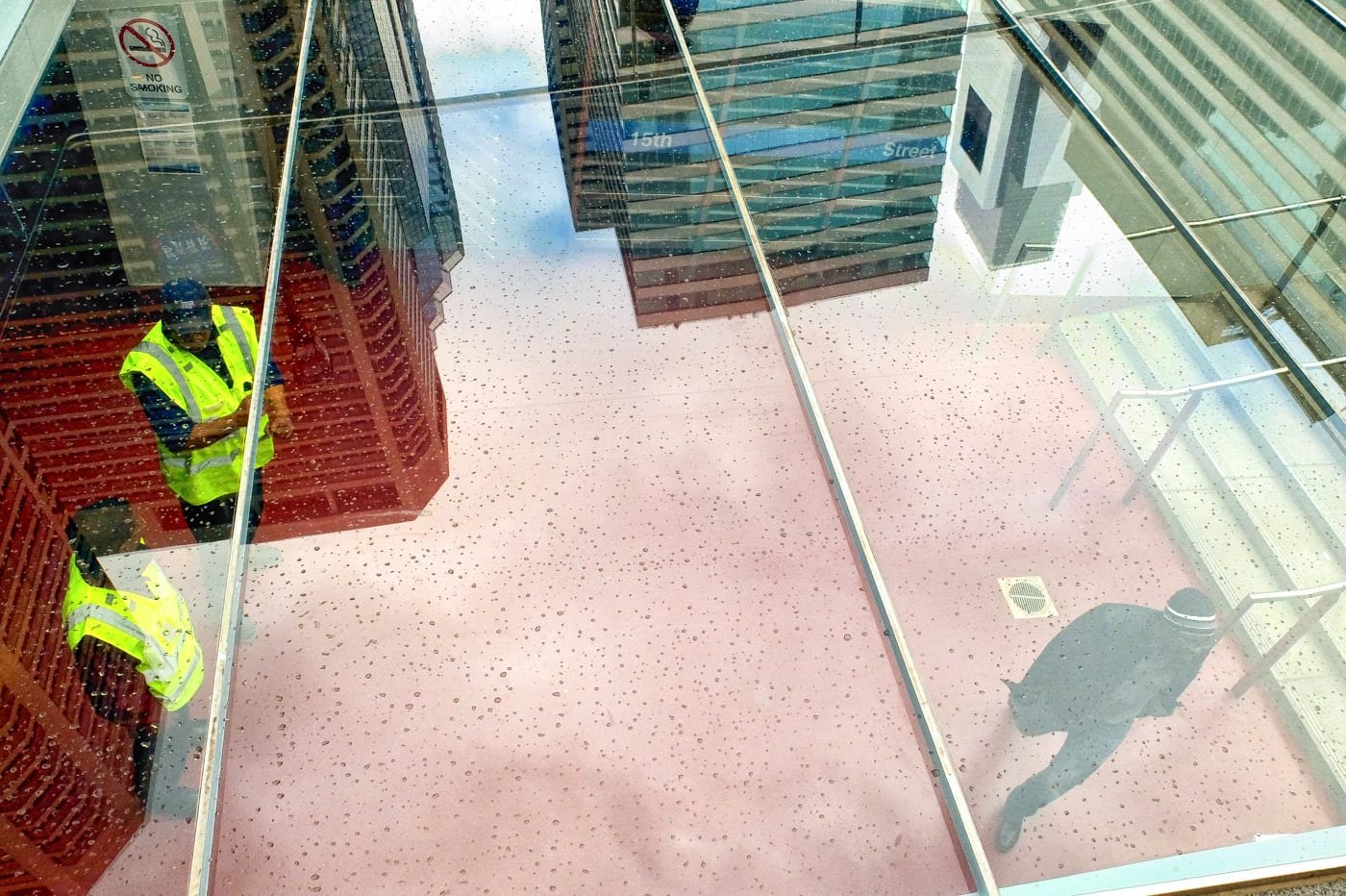 It’s just a very good camera for all around photos. I mean it can do everything within reason. When news of an upgraded version was getting worked on, I followed the news with optimism. Then the day came and the Fuji X30 would be released, I knew I had to have one. So, Daido the Fuji X20 went to eBay and a lucky shooter out west got him. A few days later the new Fuji X30 arrived at my compound.

Needless to say, when I first opened the box, it was like an old friend with some changes yet to discover but I was excited. I had some batteries charged from the X20 and thought I was ready to go. Nope, not exactly. Much to to surprise, the old batteries don’t fit but… the batteries from Andre’ the Fuji X 1oos do. I have 7 and never needed more than 2 so I put a charged battery in and immediately named the Fuji X30 Daido.

I went thru the menu and did the settings that I knew which is most and framed a few shots with the screen. After a few minutes I remembered that the X 30 has a tilting screen and eureka, sure enough. The screen is 3″ and very bright and contrasty without changing the setting from neutral. Amazing. The tilting screen is very smooth with no grabbing at any point.

I think Ray Sachs designed the screen cause he’s a big advocate of using it and actually turned me on to it years ago. He will love it and so will youse alls.

Then in a moment of sanity, and I don’t have many of them either but when I doooooo I saw the finder on the back of the camera. Now, I was like a virgin eye to a finder on this camera form. I was nervous. I was scared to put my eye to that hole. I breathed deep, moved the camera closer… slowly, closer, slowly closer and then stopped. I needed reassurance that I could handle the Fuji X30 look thru the new EVF experience.

Even Jimi has no Experience with this finder. So I waited till Tanya was out of the room because my reaction could be in many forms and I didn’t want to share this personal experience with anyone. 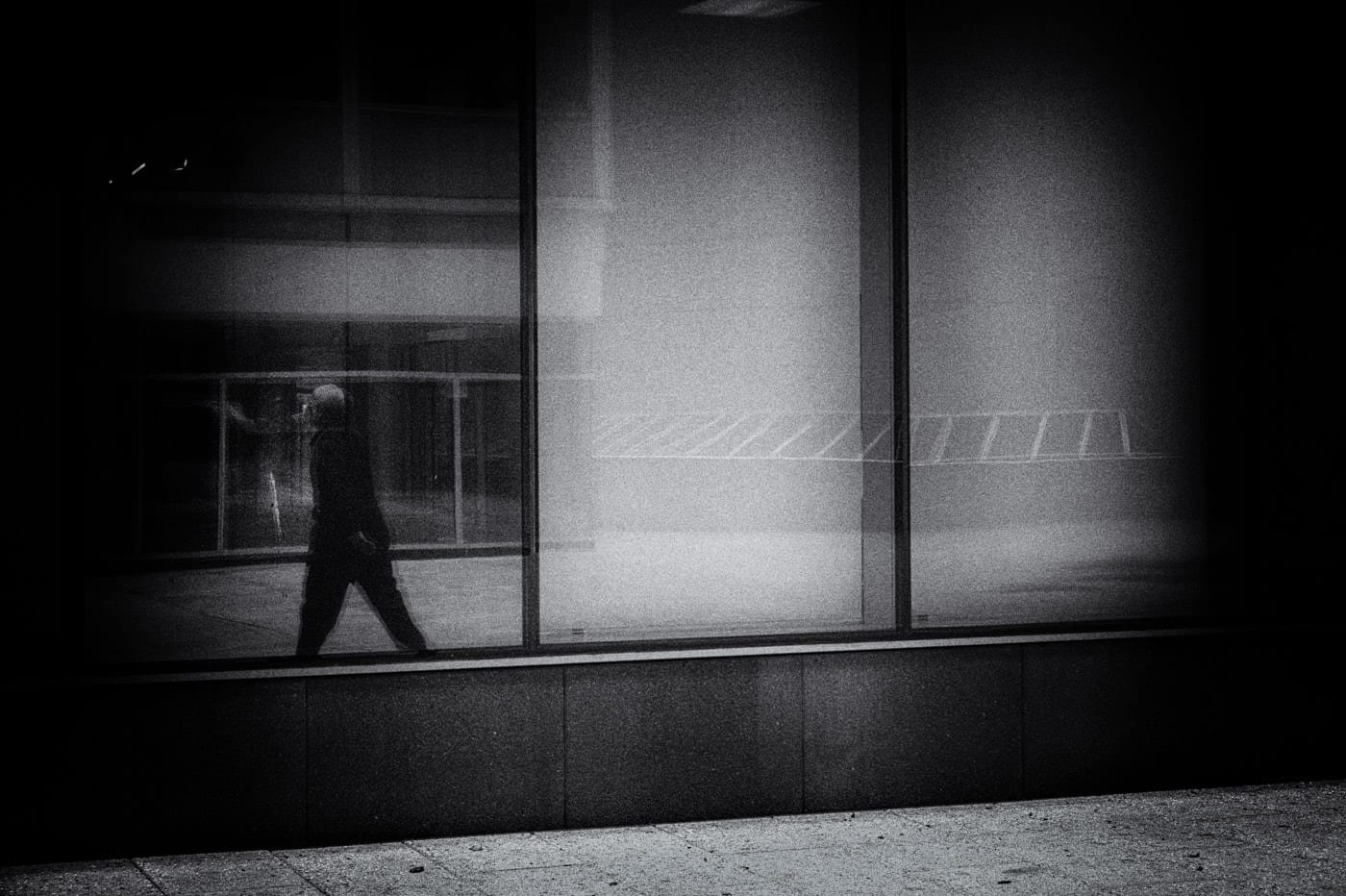 So, when the coast was clear, I very cautiously raised the camera to my eye. At this point for real shooters, this is almost a religious experience. I took a breath and moved the finder to the eye position wondering how the world will change, how my photos will change in the future and how all things in my life will need reassurance and readjustment. The screen was still lit because it is set on Eye sensor but this gave me a warm feeling as I knew the screen was my friend and would not let me get into trouble. Then, just as all was going smooth as I drew the camera closer to where I could feel it touch my nose…. The screen went off. I knew that I was committed at this point. There is now no turning back, no longer shall my Fuji X30 remain a screen camera only. The truth is, I was making a move that would effect all human kind shooters from all walks of life and from all over the planet, I approached this experience with those thoughts in my eye, Heart and Mind. 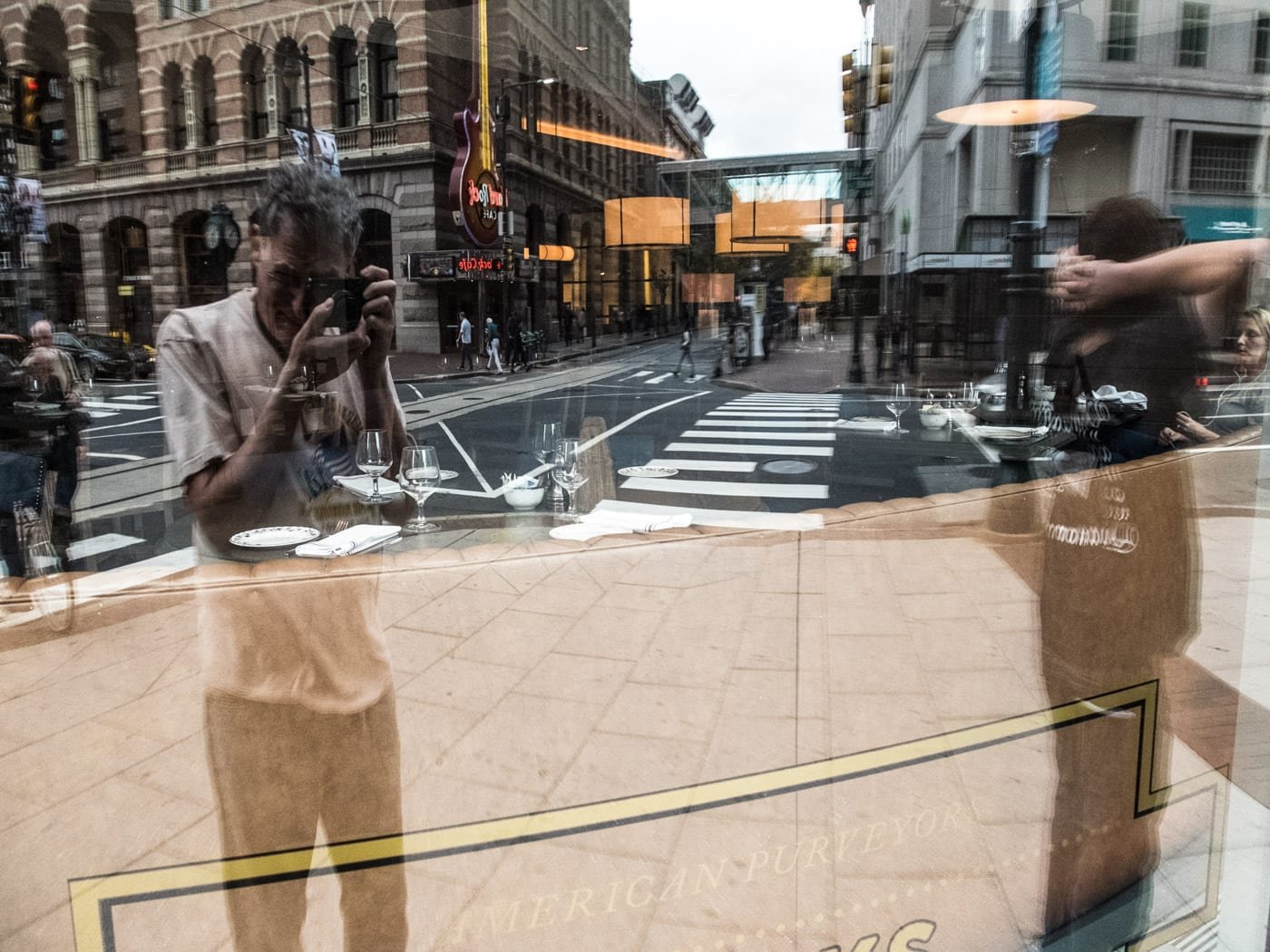 …and then….with reckless abandon I inched the camera close enough that my eye rest gently against the the piece that surrounds the pupil. The is like making love my friends. You either fit together or you don’t.

The eye piece felt like it was made for me to my specifications. My eye rested against it with comfort and ease, better than any other camera that came before the Fuji X30. I was just feeling the fit and hadn’t even looked at the EVF yet, one step at a time. Relish and cherish all that you do in life as if it’s the last time you will ever be graced by whatever it is you are doing.

For the average shooter, the first time experience will suffice, they will look thru the finder and think…cool man… and forget about it forever, just let it become complacent. Not I friends, no not I, I am not the do anything and let things get complacent kinda streetshooter. I will experience this as if never again and that way I will miss this camera until the next time I have it in my hands.

I opened ,y eye and low and behold, I saw the world as if never before. I say 100% of what the camera saw. I saw settings that could be changed to my liking without hassle. It was a revelation. Yes, the world thur the finder is 2 dimensional but there is a clarity on this finder that makes it appear sharper, brighter and contrastier than reality. I mean it seemed like I was looking thry a window that was large and crisp. I immediately moved the camera away from my eye as I knew that maybe Fuji found a way to capture reality and make it like those Turkish tents I used to see in the movies.

You know, a small tent on the outside but when you go in there a parking garage, airport, shopping mall etc. Only the Turks can do that and I think they helped with this screen because that’s how it feels. Like there’s more inside that outside… amazing. 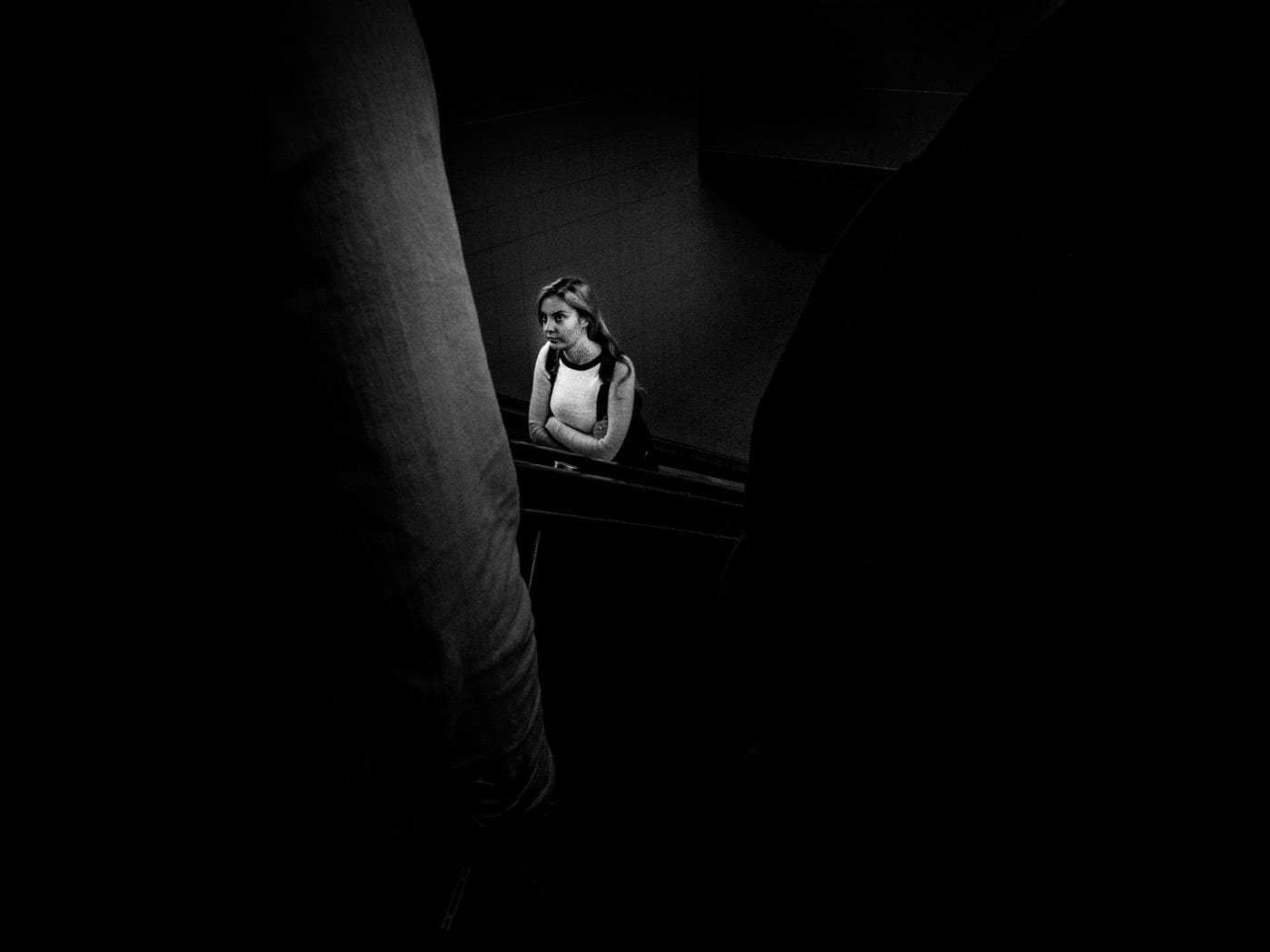 So I put Daido the Fuji X 30 down for a few minutes because I’m old and can’t handle this much excitement all at once. I will continue this saga tomorrow as I will be making more observations and need to write things down