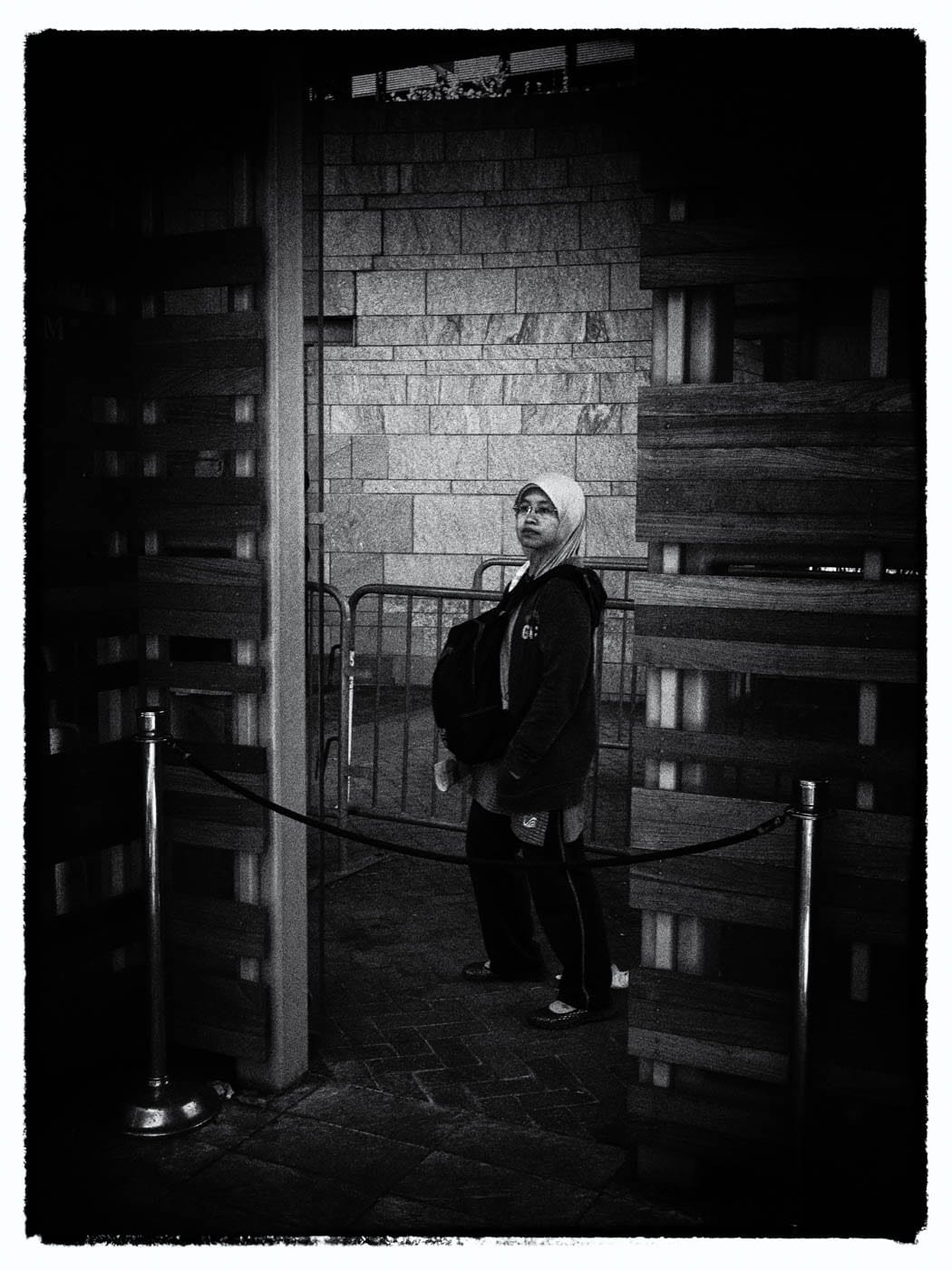 So I grabbed Ruth the Olympus Pen EP-5 and an extra battery and a lenspen. The camera has the Lumix 20mm f1.7 II. We headed out the door for the trip down to Center City, namely Market Street. There’s a feeling on the street something like we are all coming out of hibernation. For me it’s like breathing. I met a young shooter from Philly and we chatted for a minute. He had those fancy dancy headphones on. I asked him what he was listening too and he replied 80’s rock. He asked if I listen to music while I work and I said, the street is my music. His head went back a little and his eyes squinted somewhat. He had that look my shrink gives me when he ask how I’m feeling and I tell him I don’t feel. Well, that’s the look. 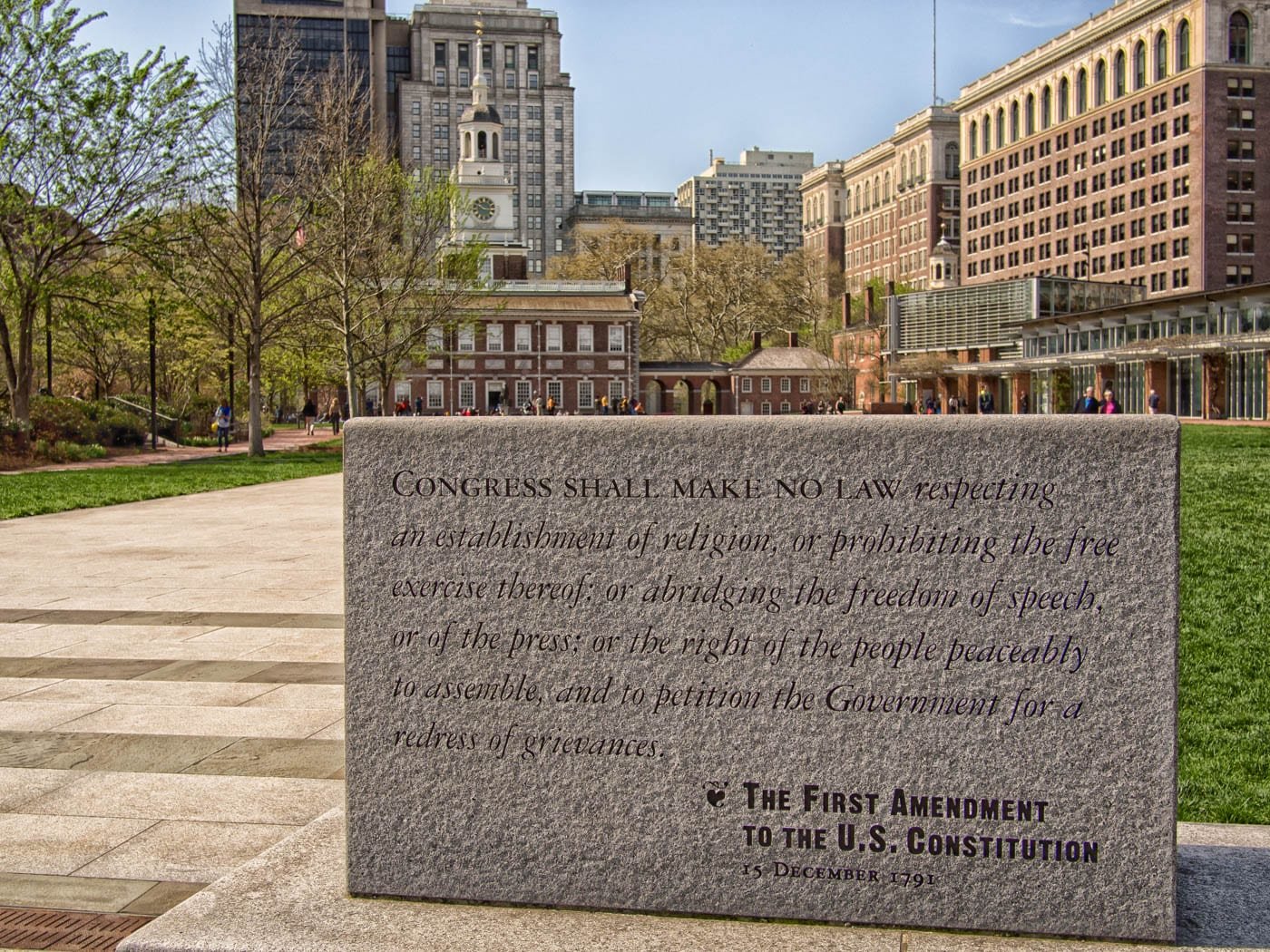 He asked me if I was nervous about taking photos on the street and I told him I’m an American and I have The First Amendment as my protector.  Then we sat and sipped some $50.00 burnt Starbucks wannabe coffee. He said he likes it and his wife does too and it was then I realized he was more fucked up then me. ….but we got into a conversation about making vs taking photos. Now it was I talk and he listened and sipped the Starbucks rustocoffee. So he wanted to know whar the difference was and could I explain it where it makes sense. So I sipped my spring water with a slice of lemon and started to explain about Intent and the aftermath of it. 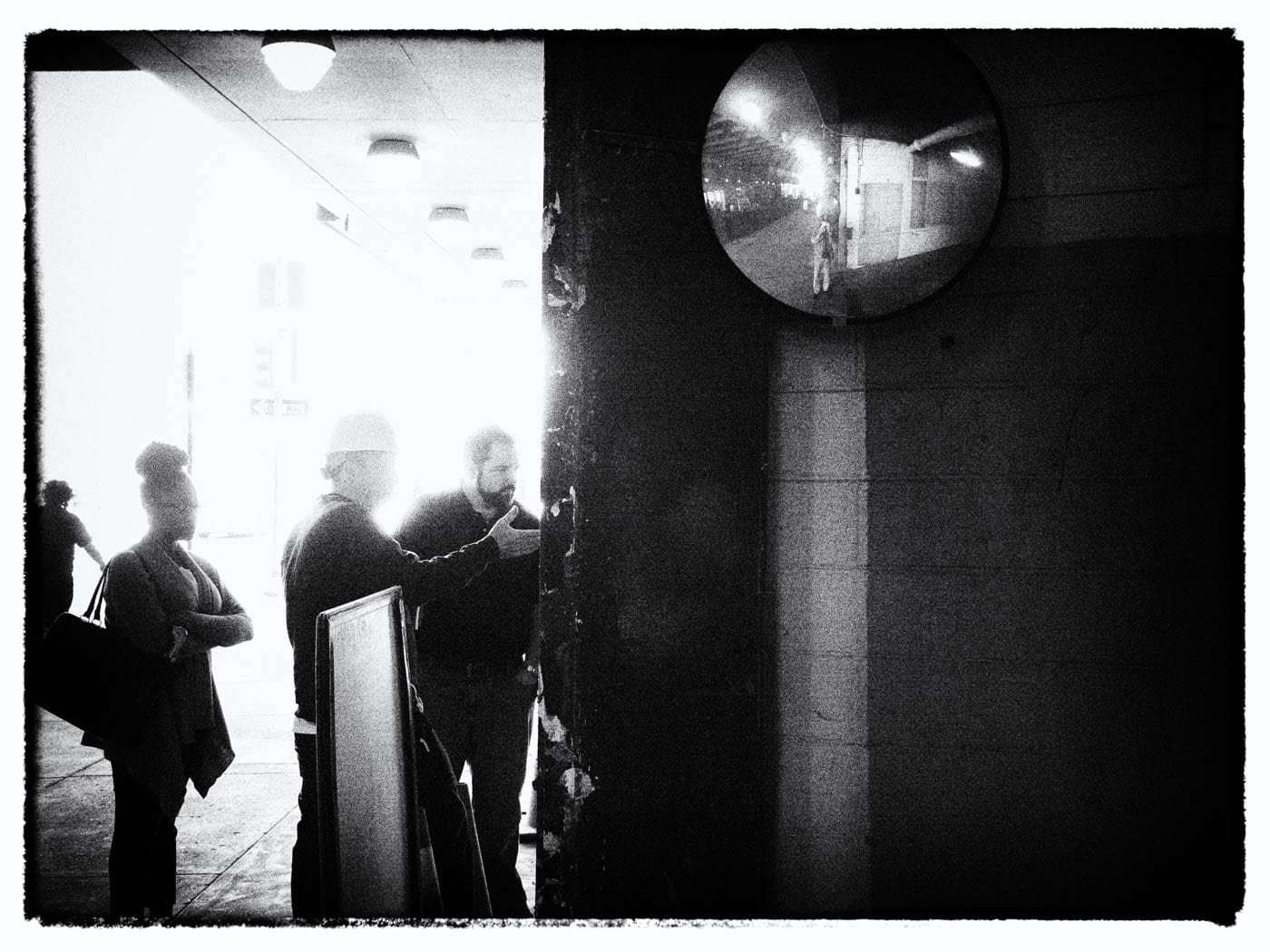 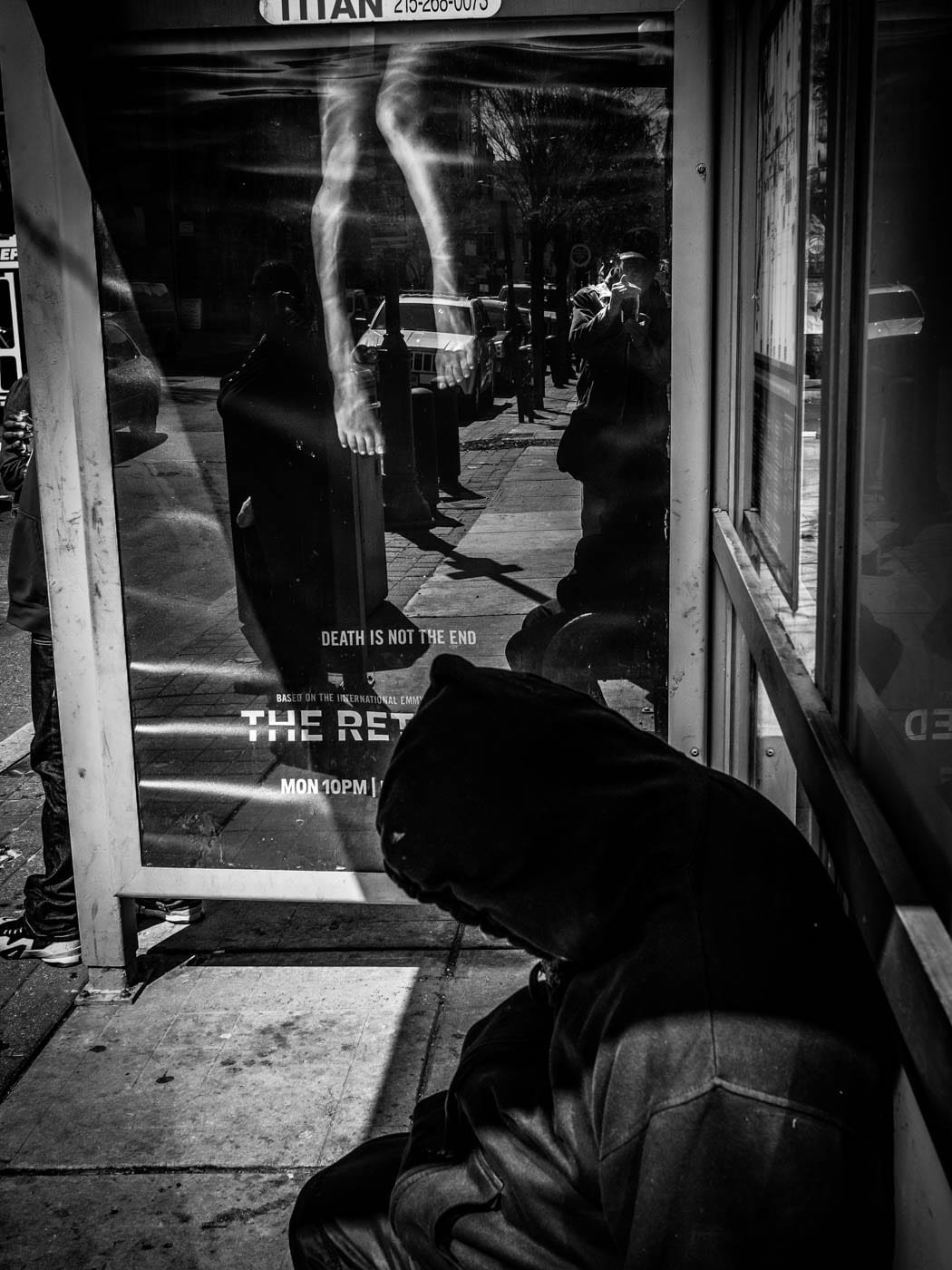 After 15 minutes he started to understand and he thanked me for the free lesson. OMG, a lesson, ok dude, your welcome. I didn’t know it was a lesson and then, then all the sudden it occurred to me that everything in the universe has the ability to teach and to learn. So even on the streets making photos the energy you receive is equal to the energy you send. So your intent is to make photos but ya know, you aren’t in it alone. Those that think they ARE EITHER SUPER EGO MANIACS OR JUST FRUSTRATED WITH LIFE. If life is a give and take miracle then it stands to reason that photography is also. So that means that we think we are the origin of our work but that’s not true. We are not alone in life. 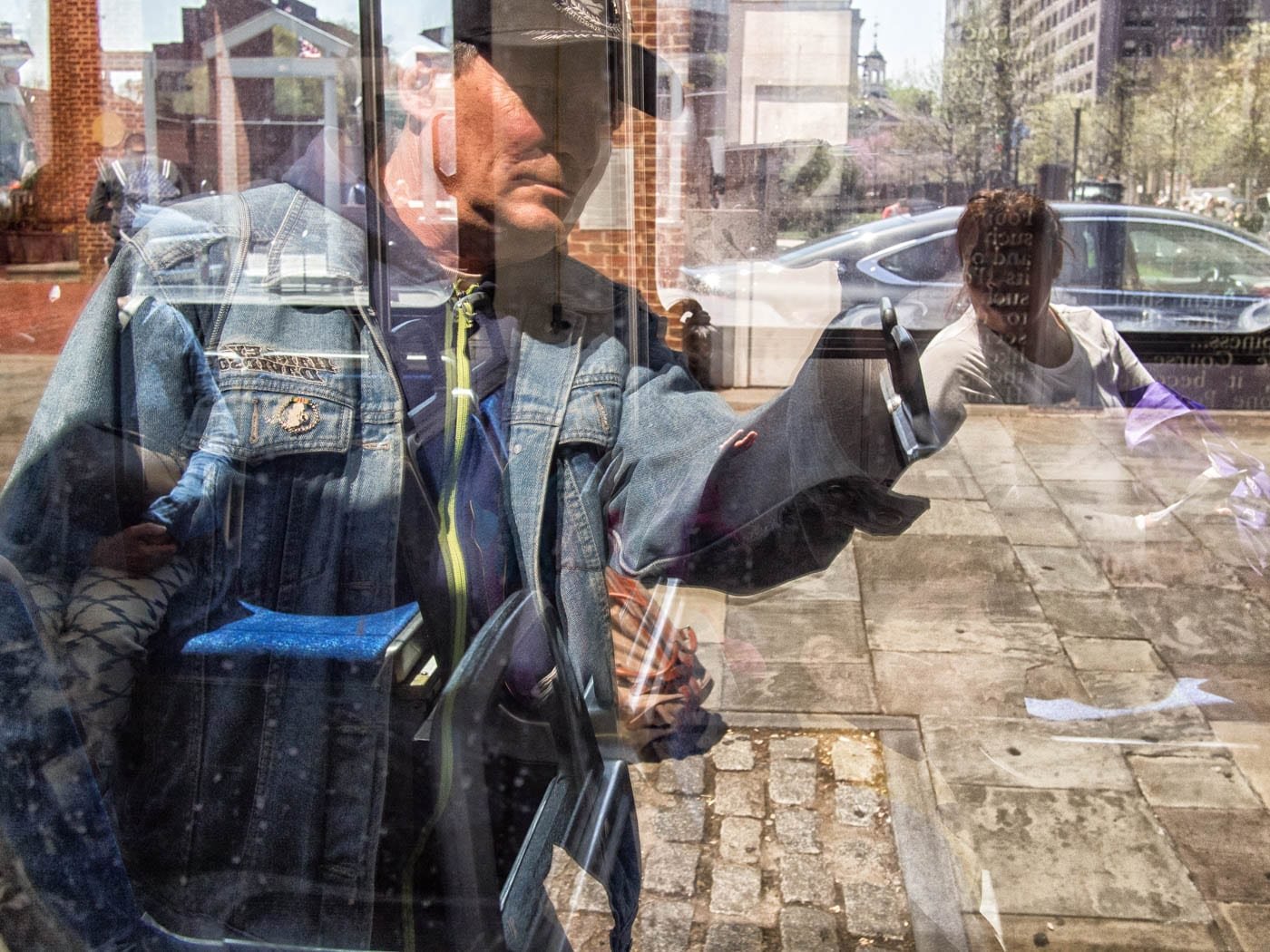 Our photographs and I am only talking about photography, are a collaboration between life and ourselves. We hope for and strive to find a synergism with the street and make the photos that represent that synergism. We can not rightfully state that we are the Origin of our work. There are those amongst us that think they are the Supreme Image Maker and that life had nothing to do with their work. Bullshit!

If your out there and your not tuned into life and the street, then you may as well drink that shitty coffee because your better off not destroying your energy. If you are like every reader that ever was or ever will be on this blog, then you are aware that you don’t take any photographs, you collaborate wit Mother Light and The Street and you make your photos. 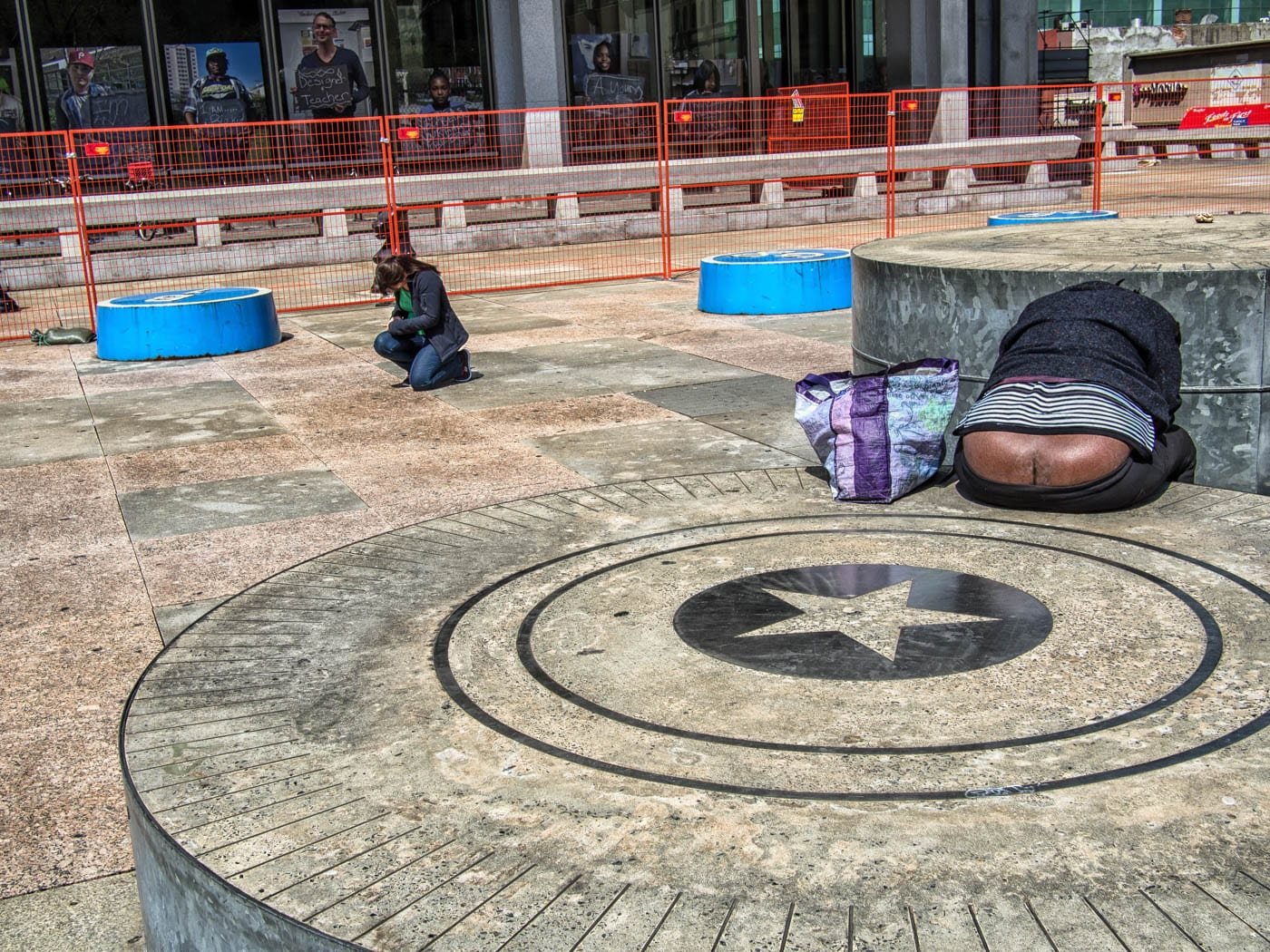 Tomorrow is another day and if I wake and am healthy, I’m hitting the streets. I hear tell Life is out there and I’m gonna look for it.