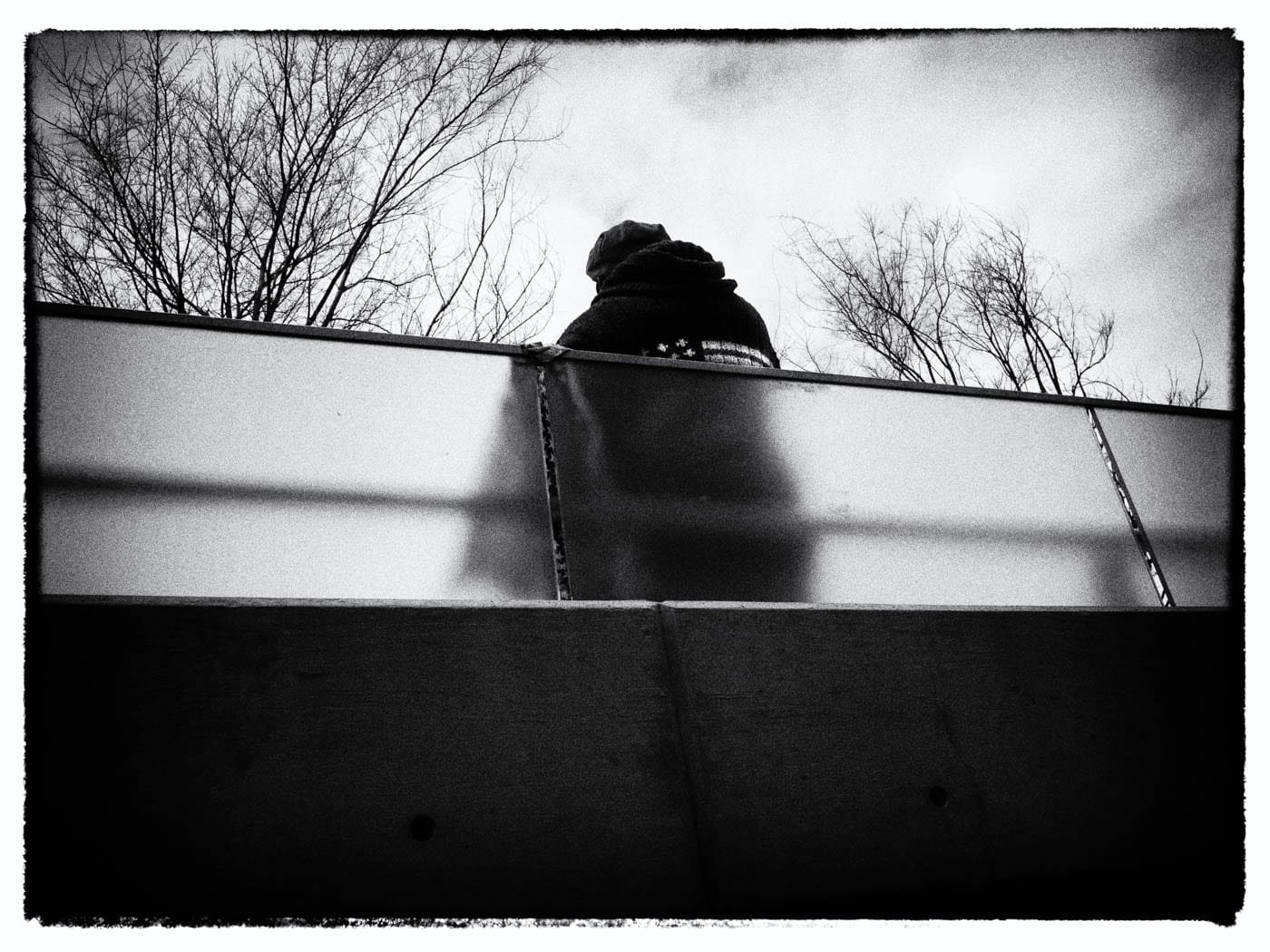 A recap. I used to be an Admin at MU43.com and I really enjoyed the group and helping it grow. It also helped me with Micro 43 gear because the members there tested everything and posted results. So I was at home in the beginning because I loved the Pen EP-1 and ten the Pen EP-2 oh and let’s not forget the Pen EP-3 besides the Panasonic cameras and lenses.

Word came down the pike that I was leaving the forum and many wished me well and I went with BB to Amin’s other forum, Serious Compacts. Great place and crowd and many members belong to most of Amin’s forums.

Well time moved on and I heard the Pen EP-5 was being released and the specs turned me on. Ok, right from the git go, my preferred viewing system on a camera is the screen. I wrote and lectured extensively about that. So I waited a while to see what ppl were saying about the new Pen on the block. Maybe 6 months went by and finally I got a deal and bought the body. I still had a few lenses I didn’t sell so that was cool.

The camera is delivered and it’s beautiful. Olympus makes the Flagship Pens better than almost any other maker. 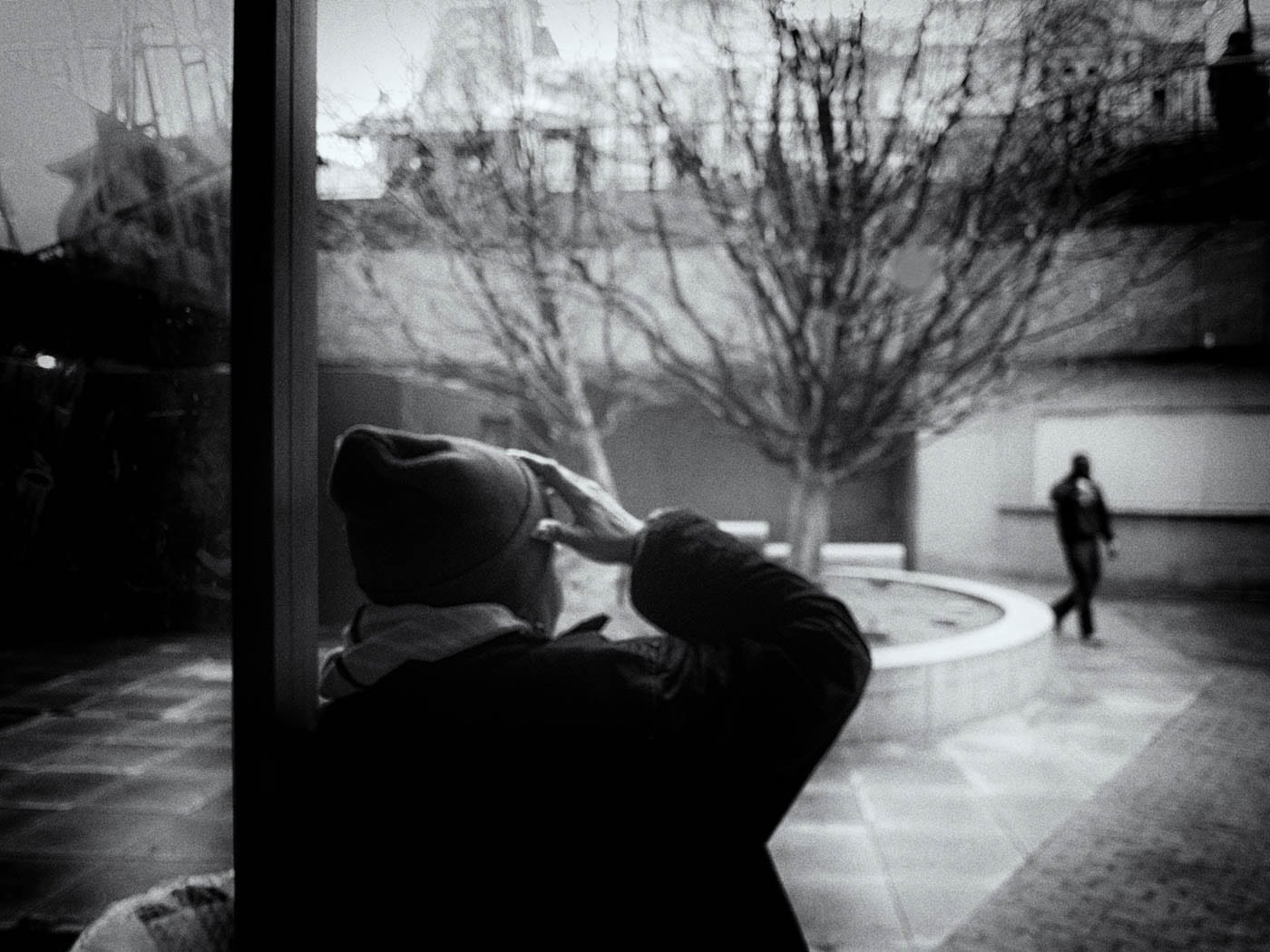 I open the box, put the 14mm on and wow, very happy. I decide that this camera is female and that it’s name would be Ruth after my mother. I knew it’s a good name and I was happy. Well after a week shooting and learning how the camera works and how it makes me think and work, I come homw and she’s on my shoulder. I swing her off the shoulder and there, there in the oddest place, there in the oddest place in the universe is a corner on my desk that wanted to see the camera up close. Smash!. Now there’s not much on  THE LORD’S  green earth that upsets me anymore. actually one thing that does is my own stupidity especially when I can’t blame someone else for what happened. I tried blaming the strap, the desk, the corner, can’t ever blame the camera. Mom always said,“I may not always be right, but I’m never wrong”. So I had to eat it and hold myself accountable. 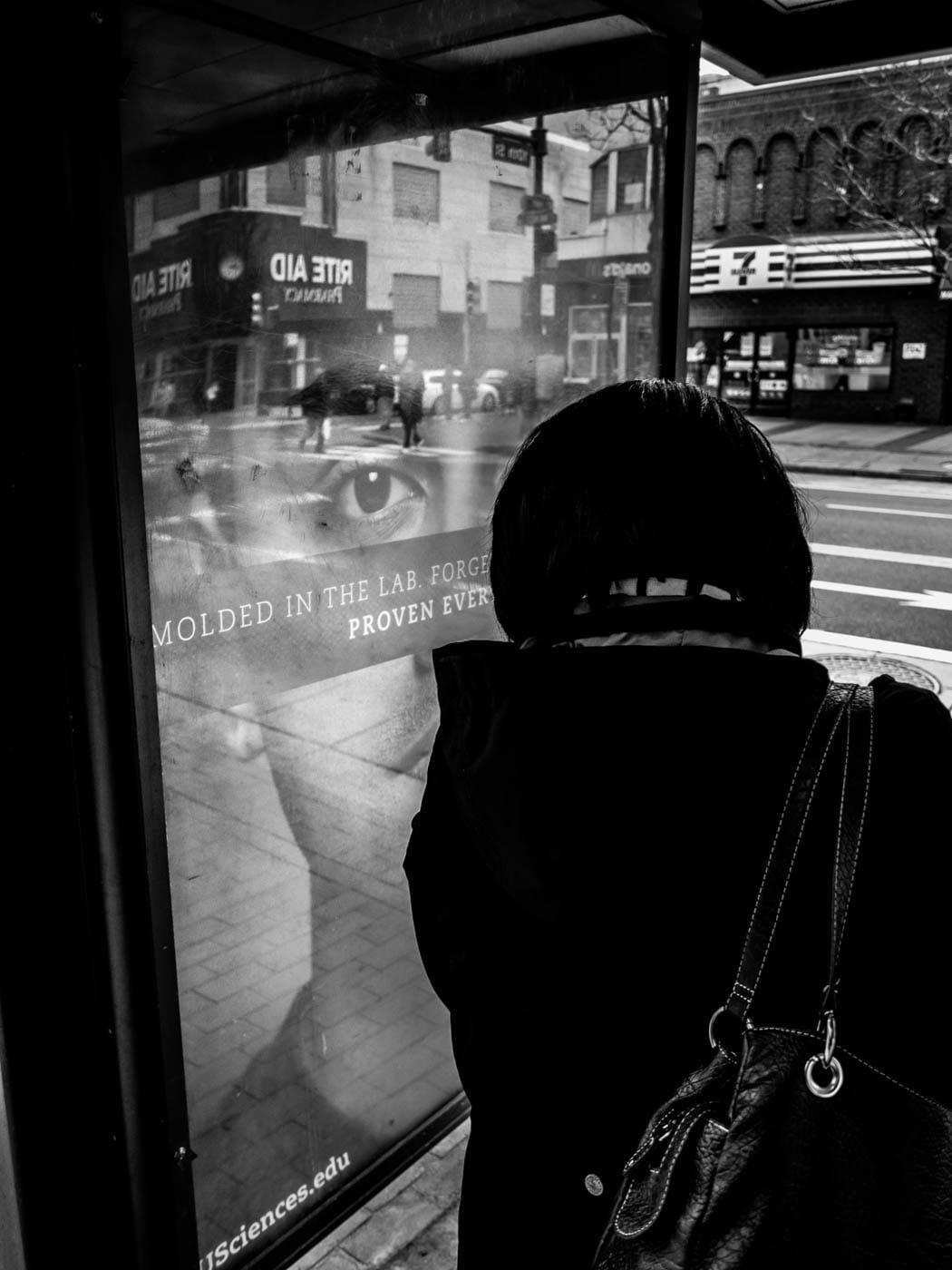 So I contact Olympus and get a return authorization. I know that this is not covered but I don’t care, I want it fixed. The camera goes to Oly and the give me a price and I pay. The frame is mangled also that holds the tilting screen. Ok, fix it. Well about a week later the camera comes back in a beautiful box and I take it and put it on the shelf. 18 months later brings us to about now. The Pen EP-5 named Ruth has been lying in the  shipping box from Oly and I never opened it. I don’t now what’s going on in my photo psyche at the moment but I do know I was to open the box and call the Pen-5 to duty. Box opening any camera is great but doing it with a Pen, well, there’s an excitement that surpasses opening an M camera. Oh, yeah, I opened many of them and this was more exciting to me.

I had already charged a battery the evening before. The elves and fairies were dancing in the air. The unicorns were standing by. Big Fish and all his friends were standing behind me waiting for the sacred moment of feeding the Pen-5 named Ruth here power to come to .

We got a call that Dr Frankenstein was  on the way and he wanted to say the words that all Cameras worthy of a name love to here when the battery is inserted.“It’s alive, it’s alive”.

Tanya yelled up, Gene Wilder…uh..uh.. Dr Frankenstein is here. We were all at the ready. Everyone waited patiently to see Ruth the Pen-5 come back to life. So I took a deep breath, Winslow patted my shoulder to relax me. Like a surgeon, I opened her carefully. Her  insides were exposed and I was careful to protect her. I put the battery in my right hand, picked Ruth up with my left and slowly inserted the power of life into her. There was nary a sound, not even a breath from anyone as the battery slowly butwith intent made it’s way in. Then, as if a miracle happened, the power of life battery was at home inside Ruth.

Everyone was supportive. Big Fish said, “Shooter, go for it son”. I looked around and all 1500ppl in my office were smiling at me giving me emotional support. I turned to Ruth the Pen-5 and put my hand on the switch to bring the power of Eye, Heart and Mind to focus on the moment of Power On Procedure. So I took a few deep breathe and felt Winslow patting my shoulder in support. I  knew I wasn’t alone. I mean damn, 1500 ppl in my office and ppl doesn’t mean ppl, we had  dragons, dinosaurs, fishes, fairies of all sorts and elves. 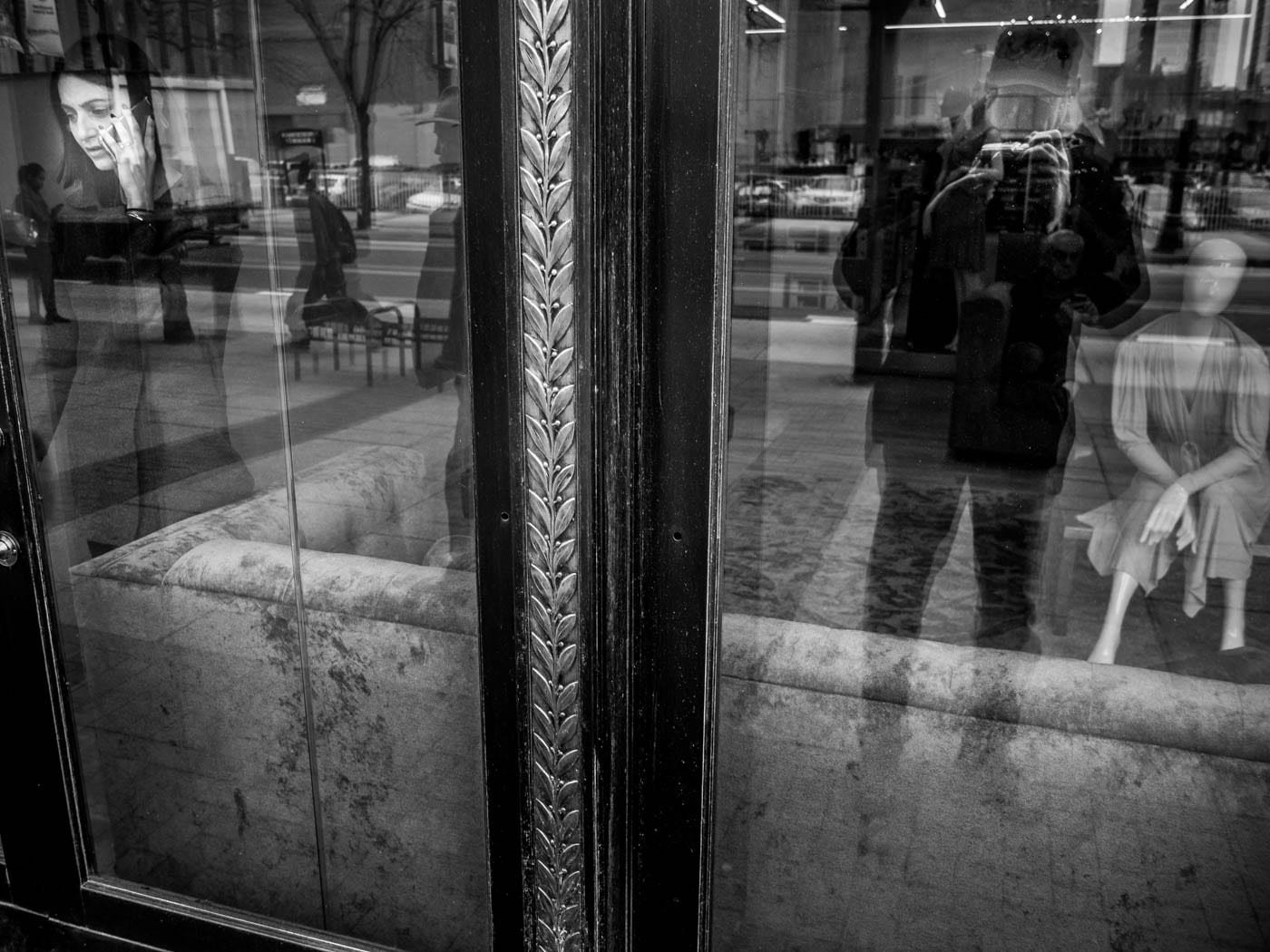 So, being the Veteran that I am I mustered up the courage to….FLIP THE SWITCH! Well, at once when the flipping procedure was completed, I could hear, awwww such a shame, will he be alright,..so sorry shooter, bummer and 21847 different things all in the matter of a few seconds.I looked at Ruth the Pen-5 and felt this sick feeling all the way to my soul. She didn’t start. Just a machine like some guys call a tool. No soul, no warmth, nothing, just a tool. PPL started leaving and after 45 seconds, I looked around and I was all alone, except for the dragon shit in the corner.

I get the return authorization and off she goes. I a phone call last week that they can see that I never used the camera from the shutter count  but the warranty period is still over. The guy tells me that there’s serious damage to the circuit boards etc. Then he says, “Look shooter, if you pay $???? we will send you a brand new not reconditioned body just like yours. I kinda felt bad but relieved. I give him my credit card number and in 2 days, last week, there, there in the UPS man’s hand is a box that houses my new Pen-5. I quickly run up to the office and unpack the box. Now listen here folks, I didn’t tell all the friends about this so it’s kinda secret.

So I quickly put the battery in and low and behold, “She’s alive, she’s alive”.