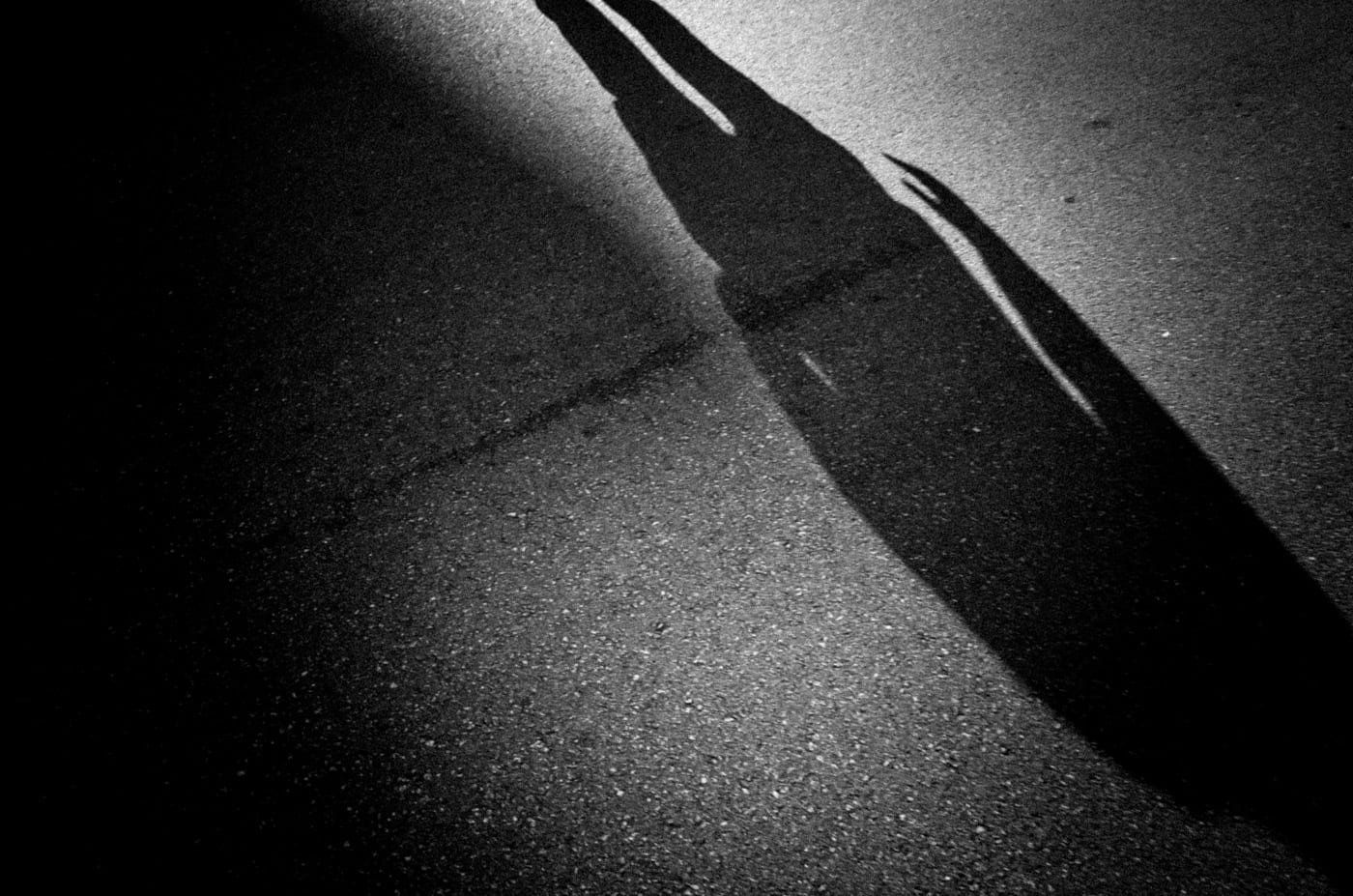 ….it’s true, it’s true I tellya. I have all these’s thoughts and feelin’s in me head and then I go out with my camera and the start to manifest out there on dem streets. That’s what I’m doing ya know, out there trying to find what’s locked up inside and find it outside. That’s my story and I’m sticking wit it, what’s yer excuse? See, it ain’t so crazy, this photo hunting process. I mean if your the kinda person that thinks, or maybe feels things, well maybe it’s a good thing to be a photographer. Ya don’t want to keep all that stuff inside ya and not share it right?

Here in Philly today, they made it the first day of fall. I much prefer to call it Autumn. The light just comes in at an angle that excites me. Of course that means the shadows do the same thing but opposite. I start to see all these things in the light and in the shadow and it’s not easy for me to just walk on by. I am compelled to find a photo. Well, maybe more then that, I am compelled to find my photo. I mean I need to be amazed or surprised by the new reality. The shot above does that for me. It shows me something different from the reality that gave it birth. Now it’s true that this happens with every single photo that was ever born once we realize the complexity of the very existence of photos. That in itself doesn’t bother me at all as I understand things photographically. 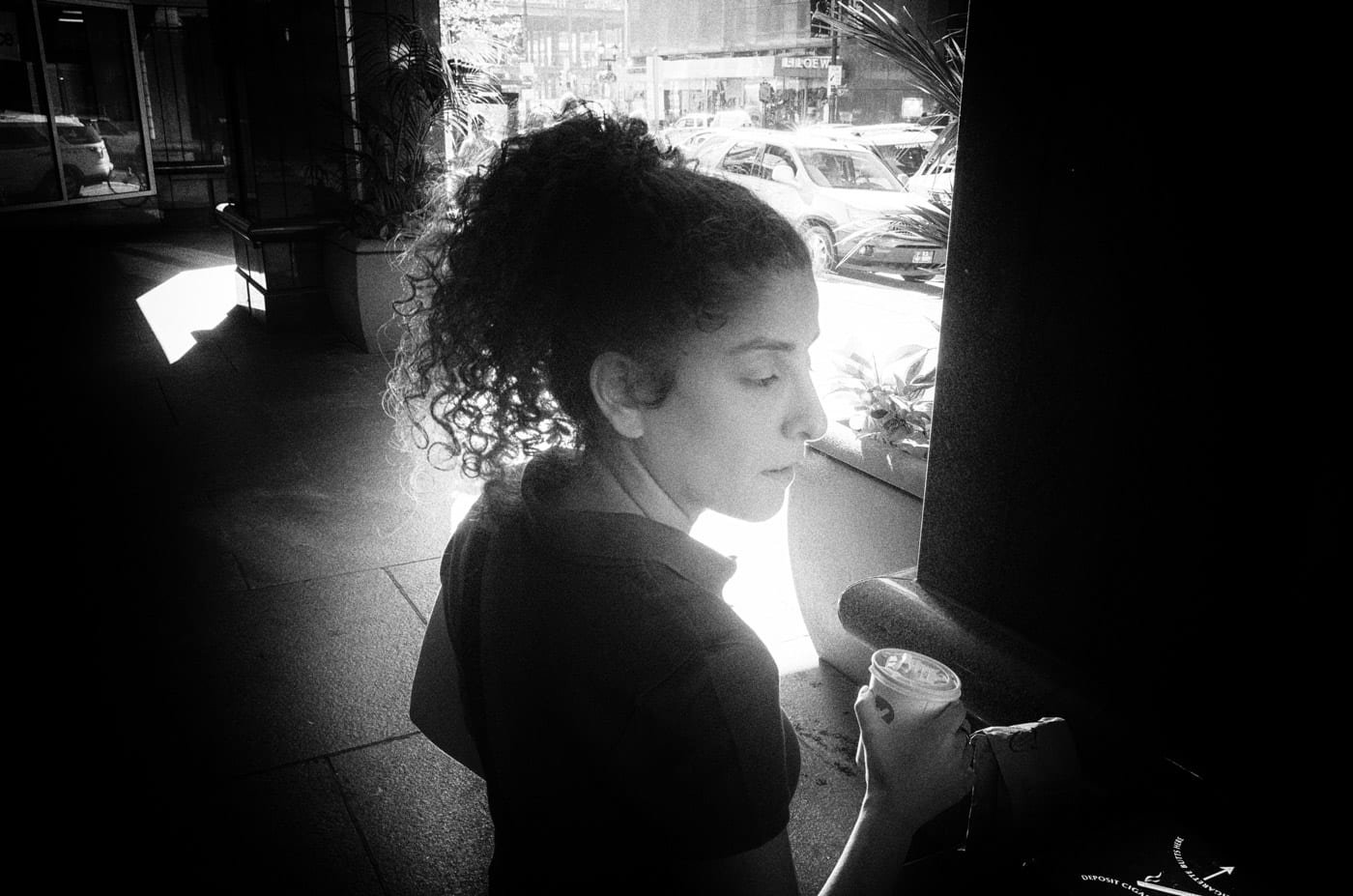 What gets me is that I see or feel these things in reality before I make the photo. So, what is going on out there, no, what is going on in me, no, what is going on in me that makes a photo from out there, that becomes the reality of what I felt or saw? I was walking on Market going East and as I approached the Marriott, I was just passing Star-bucks, well, I see this woman holding a coffe and I turn into the alcove to see what’t there. As I approach her, she doesn’t even look at me. First thought is, I’m nothing in all existence for her. Eh, dunno and don’t care. I see the light from the street and it has that over exposed glow I crave, Then she moves to the exact spot and …. CLICK! 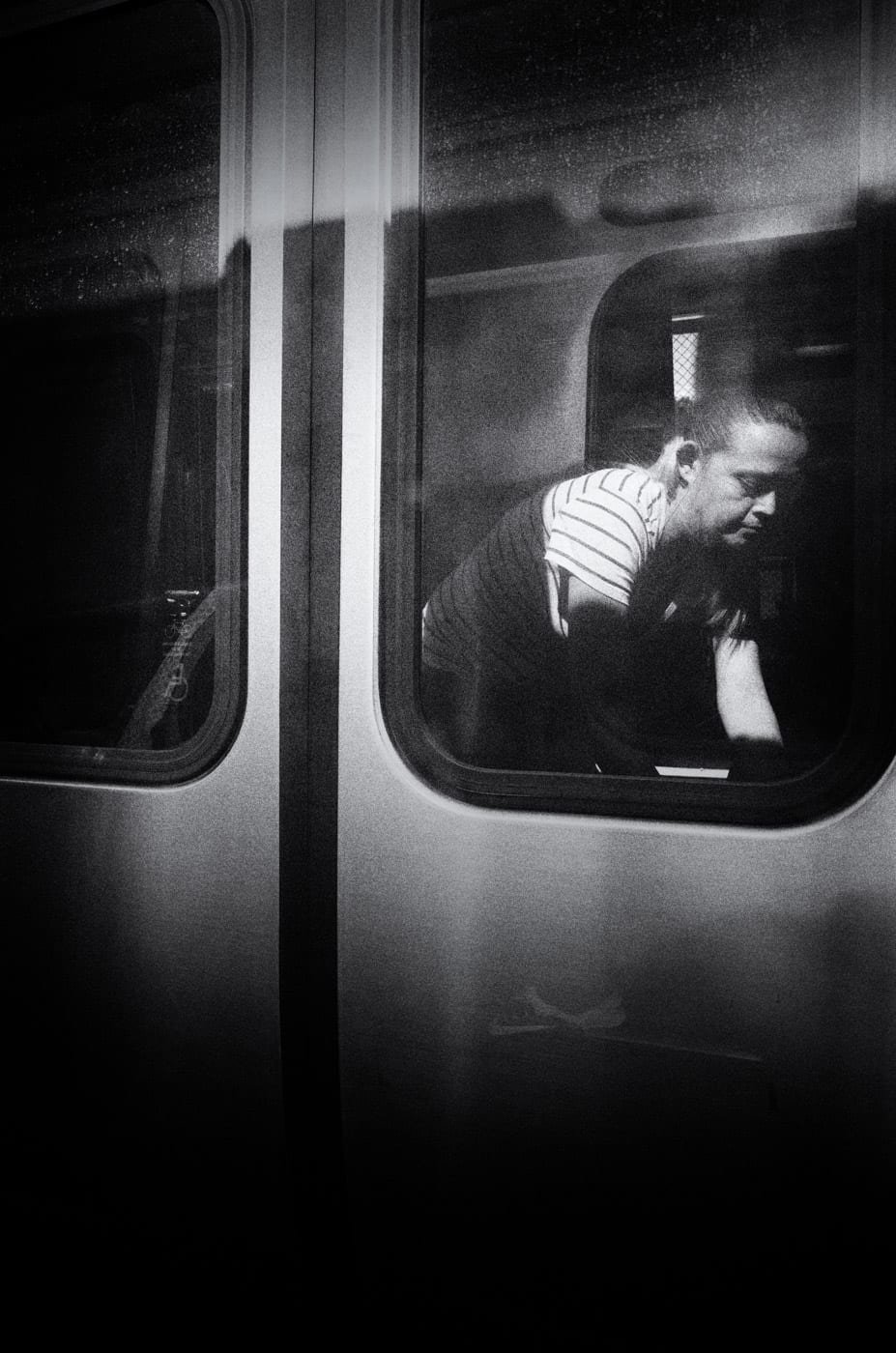 There’s something about Public Transportation that I absolutely love. All forms and all places. People react in many different ways as they travel form point to point. I, as a shooter like to tune into these reactions and make and record my own. Usually we are in a confined space and that in itself sets up some conditions that effect everyone and me as the shooter. It’s like I’m at a stage show and all the people are actors doing their role in the play. There’s really no need for a director but as the cameraman, I get to choose lens and camera and how to work it all with the lighting. That guy a few years ago named Shakespeare, he invented the world as a stage and we are merely players. He kinda set the scene for all of us to see the world that way.

So I was looking out my window and my camera was in it’s belt case. It was Mom the Ricoh GRII. I saw a train approaching on the other track and had  feeling tho bring her our to do her thing. Now, my train is stopped and the other is actually going backwards of mine. I know, I know, I don’t get it either. So, I hold Mom and all the sudden, I see this woman and the light……CLICK! 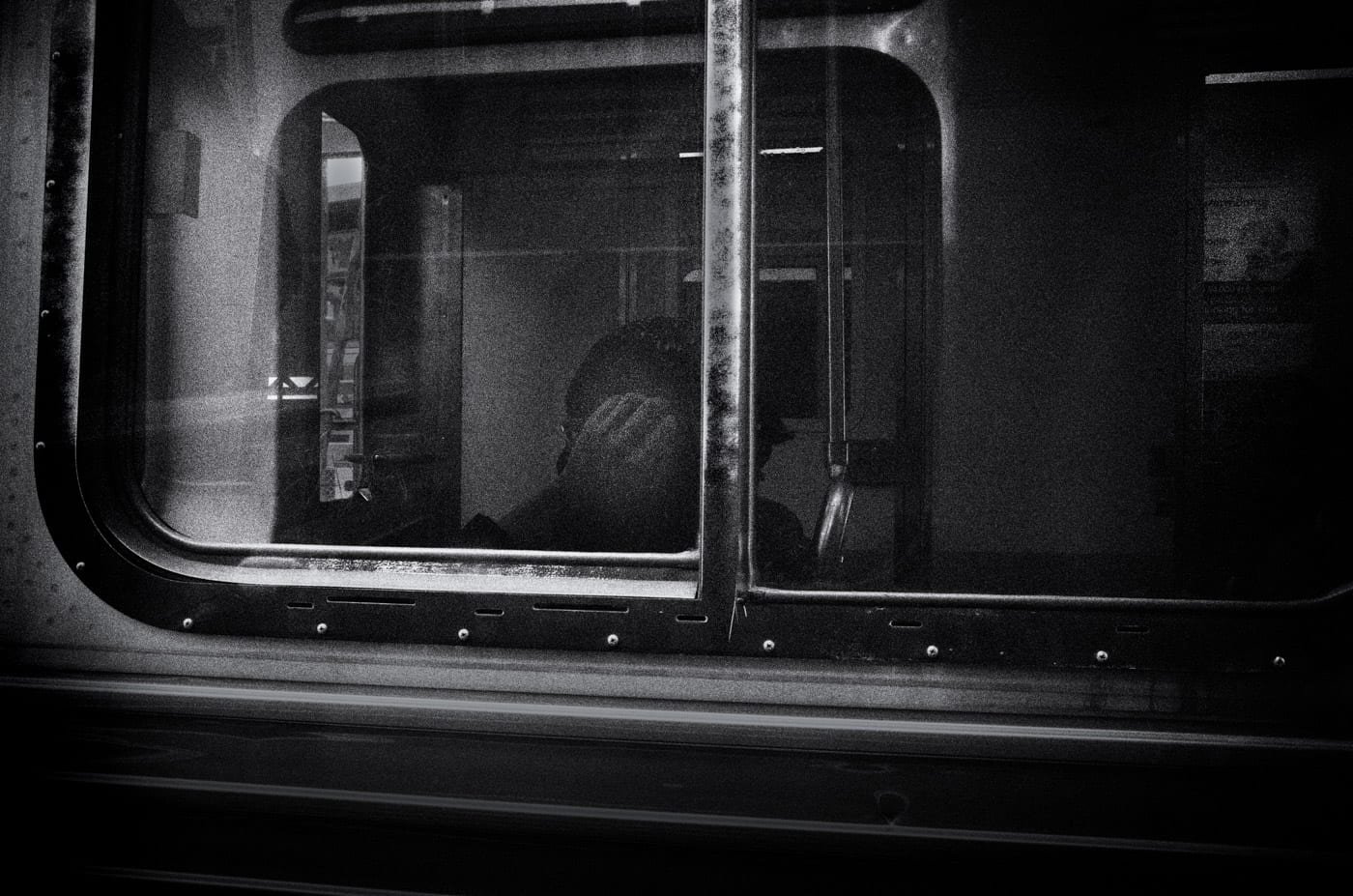 Be blessed all… seey’s soon