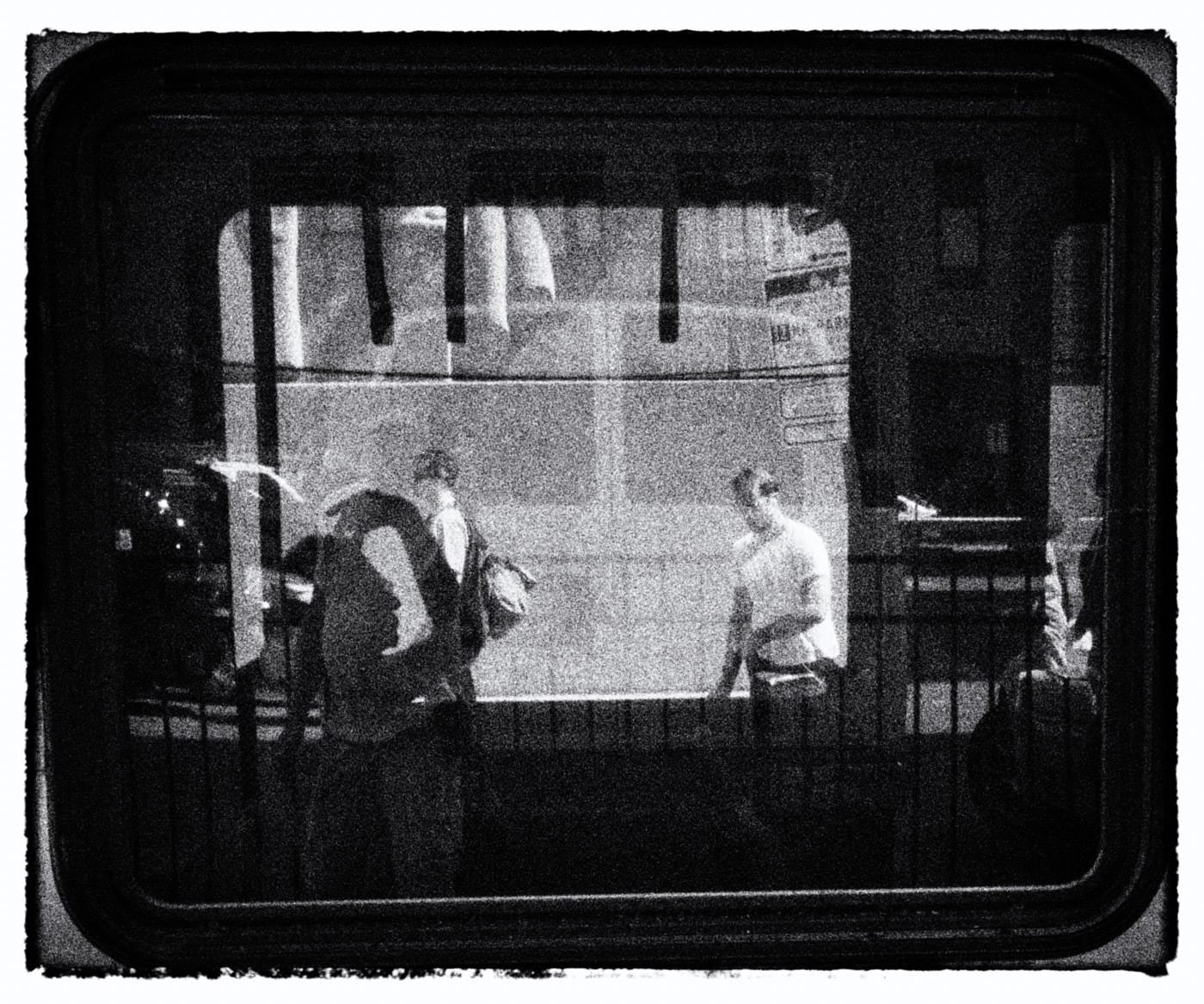 There is an elegance to breathing. It’s the one thing that keeps us above ground. It’s the common denominator to all human beings, even those that may not be as human as others, breathing.

There is a musician that said, “Love is the Seventh Wave”…I think his name is Sting, some Bass player or something. What he said tho, is very important because it establishes the rhythm of life. So then if there is a rhythm to life then breathing is the elegance of the living and hence, the Elegance of Life.

Well, that simple enough to digest so why am I writing this stuff now? Because photography has a rhythm to it. Making…(we doin’ need no takin; ’round here)… photos somehow has to have a rhythm to and we need to explore that. I been aware of this maybe phenomenon, for a long time and I just been going over things I learned thru my life.

I spent time with Edmund Bacon. We did a book together called..”Murder of the Little Stream”. Basically, it’s about how the City of Philadelphia wanted to expand the Northeast section of the city. They all smoked their cigars and sat back in leather chairs and decided that they would fill the Neshaminy Creek and PennyPack Creek. The engineers and city planners and architects and Mayor and the whole gang were convinced that was what should be done. Then they would make many, many boxes for the residents to live in. It was a plan without Rhythm or Heart.

Then riding in on his Magic Unicorn waving the Flag of Humanity, Sir Edmund Bacon smashed the door down to the dungeon where all bad and stupid people and thoughts were in hiding. . He said, open your minds, open your eyes and open your hearts and let me shine the light of history future for you.

One day Ed had a task for me. He always had a task and I always looked forward to them because I loved the guy and thought he was an Angel of Mercy on the earth. Ed said, I need a photo of an egg with the red veins in it. I didn’t want to ask why even tho I was very curious.

My wife at the time and I drove about 50 miles to a place that had such eggs. (I think they are called fertile but don’t hold me to that)…We bought a dozen eggs. I was very excited because I knew there was a good life lesson coming soon.

So we got home and I set the View Camera up. The camera was an 8×10 Deardorff named Margaret. So, my wife made a plate with a clear background and together we started making the photos. I didn’t exactly know what Ed wanted but i was sure the he would tell me what he didn’t want.

So, I shot the whole dozed eggs individually. I made silver contact prints on Azo. We went to Ed’s and we all sat down and I handed the prints to Edmund. He flipped thru the prints rather fast and I was upset but waited. Then, then the 10th print, the one I prayed was right, the 10th magical image caught Ed and I noticed a tear in his eye.

He looked at me and said, stand up Don. We both looked at the print and he told me the story how when he was a little boy, he cracked an egg open and saw the veins like this one. He starred at it and immediately know that the cities we live in are like an egg or a cell.

He explained to me that the yoke is the center of the city and thus, the center of life. The clear white was the surrounding areas and the veins are the roads and highways that transport life to all in and around the city.

He looked at me and said, I know you understand. Yes, Ed, I do.

Ed and I used to walk Market Street and I mean walk. He could walk miles without tiring.He would tell me about how he designed Market East and show me things and then he asked me, “Don, why do you make photos in Center City all the time?”.

I explained to him that Life has a rhythm and it’s not always in time with others but I feel and breathe this rhythm and it gives me life. Center City is the yolk of the egg and I live on the clear white part and I take public transportation everyday to get here like the veins in the egg.

So I suppose the point I’m making is that, we all have a place in the world. It is your duty to your soul and your essence to discover yourself and where you belong. Your camera will do the work asked of it and make the photos you desire. …but if your not in sync, or rhythm with yourself then you can’t be with the world.

So, my friends. Don’t let things get you out of place. If you feel that maybe you don’t fit in with those around you, hat your work isn’t up to par, well…. just sit back and imagine that they are all wrong because you are your own person and you need to be right for you, if you fit in with others, good if not….. as long as you recognize you and what you do….nuff said