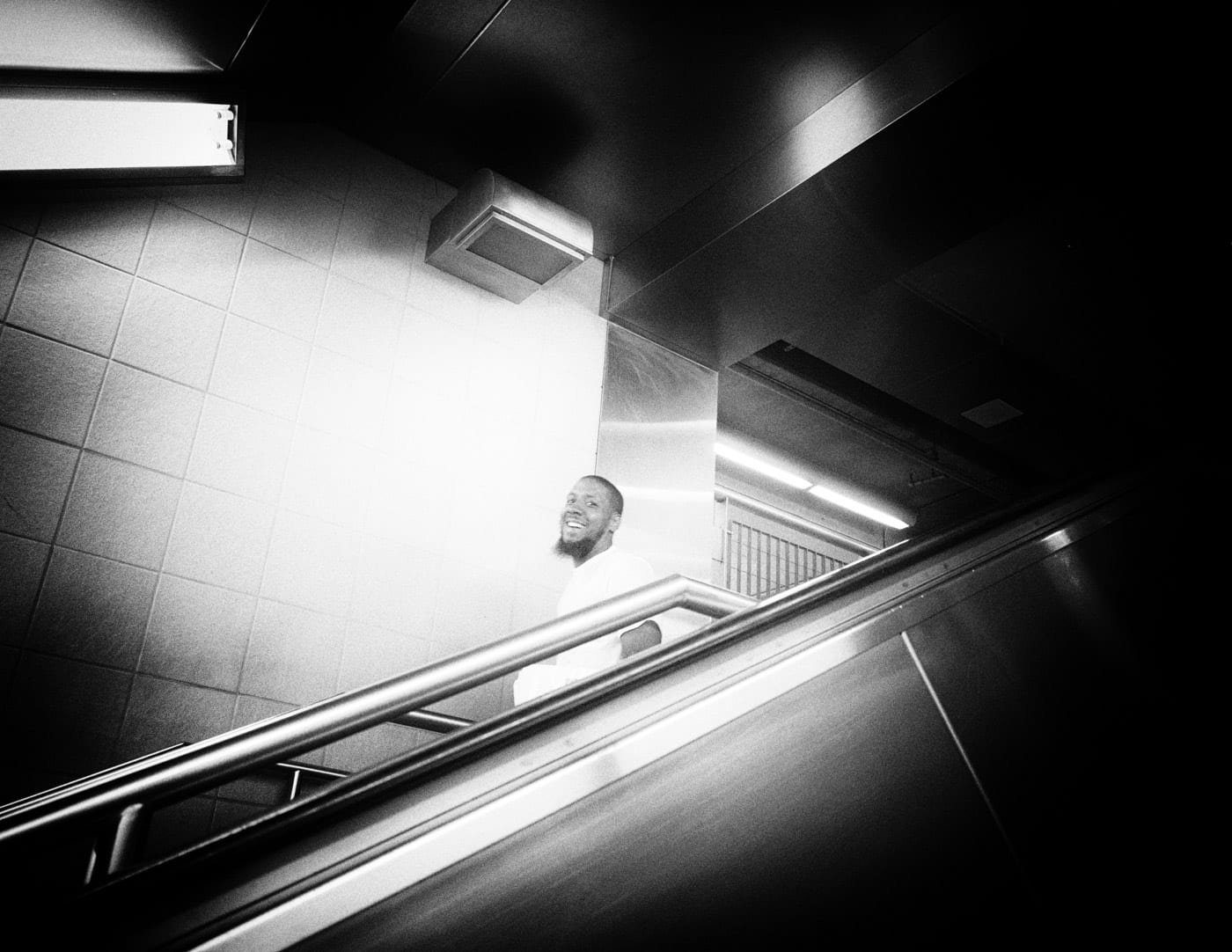 So, I’m the sneaky streetshooter with my fancy dancy Pen F and the screen tilted. I’m like I Spy for sure. No one  would ever know that I’m making a photo of them. Then at the top of the Escalator, there is a guy looking at me with intent. I aim the camera and no one, not even the CIA can tell what I’m doing. This guy can. He smiles, actually laffs at me…. cool, he made me. I need to be reset back at the factory. Turns out he took the Streetshooter, no on can make a photo of me without me knowing it course. This is available at your local beverage store.

It’s not all gloom out there. There are still signs  of life on the street. (“The world around you, never catches up to you”)….(“Share a little joke with the world”) Both quotes from Jefferson Airplane….The point is, that we need to be observant of our vision and our feelings. The photos are out there if you are open to them. People are out there too and we need to be open to them more then anything else. 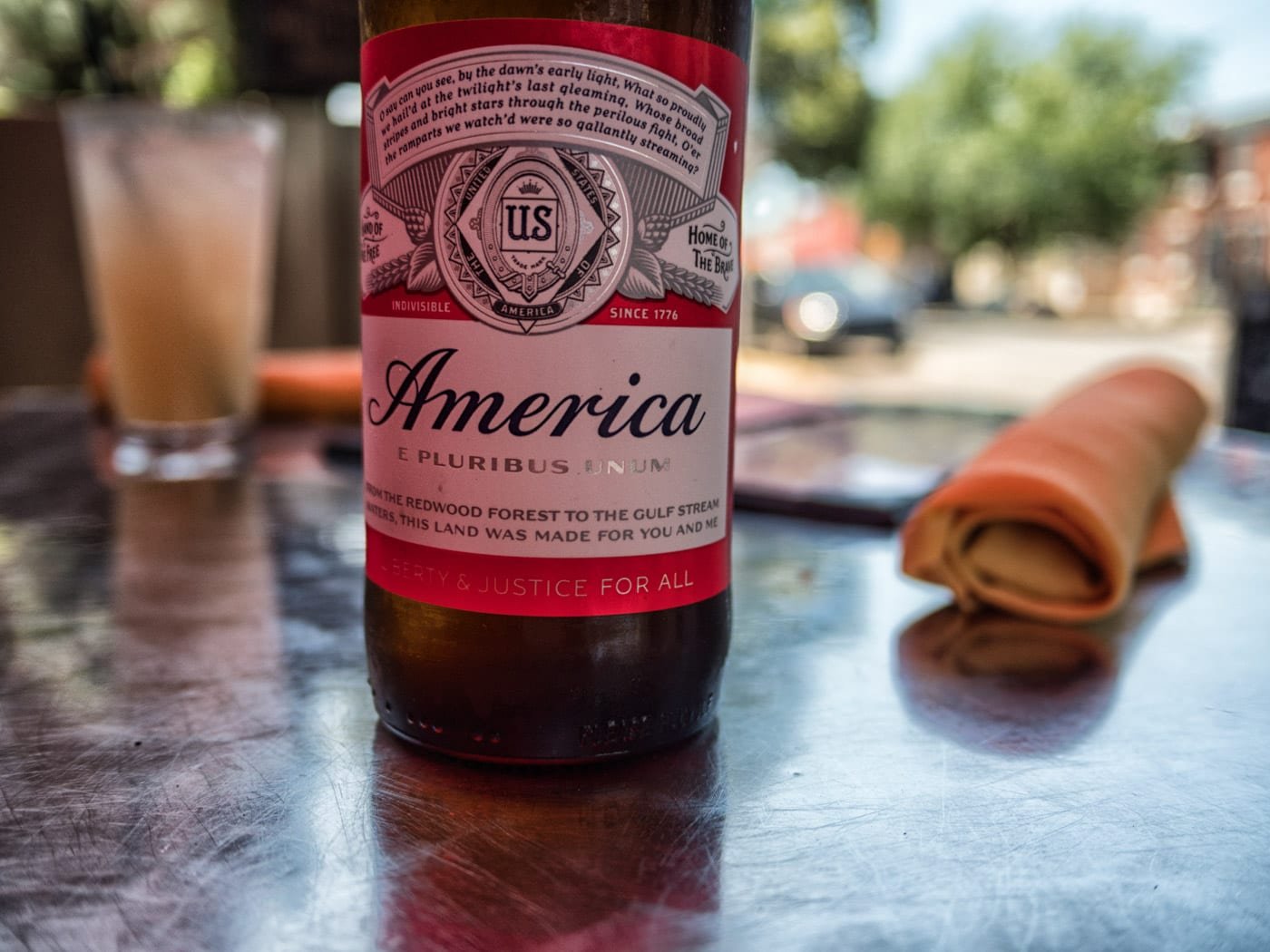 I was at lunch with William Thatcher Dowell and we were talking about everything we wanted to. Youse will all meet him in a few issues.I hadn’t had a beer in months and decided that this was the moment. So the waitress asked me what beer I wanted and she started naming brands that my daughter and son would know but not me. I looked her dead in the eyes, with a look of knowledge and I said, BUD. She put the bottle on the table and I picked it up and took a long swig. Ice cold BUD. All American beer. I put the bottle down and saw the label.

Serendipity was shaking on my shoulder and telling me to make a photo. Oh yeah, youin’s probably forgot, Serendipity is my Olympus Pen F. We had the 14mm, (28mm) on and I got her into position and we framed and made the photo. After I left, I thought about the photo and decided I made a mistake leaving the bottle. So, I will start the journey of finding the America Bud bottle. I guess I’ll have to go to many bars, clubs and pubs. Of course I’ll have to taste the offerings on a hot summer day. All those High Falutin Beers that all a everybody drinks but me cause I ain’t the fancy dancy shooter. Well, less’n I make a connection with a guy that that sees me making a photo that I thought no one could tell…..

I’m on the streets tomorrow and promise a better post…..