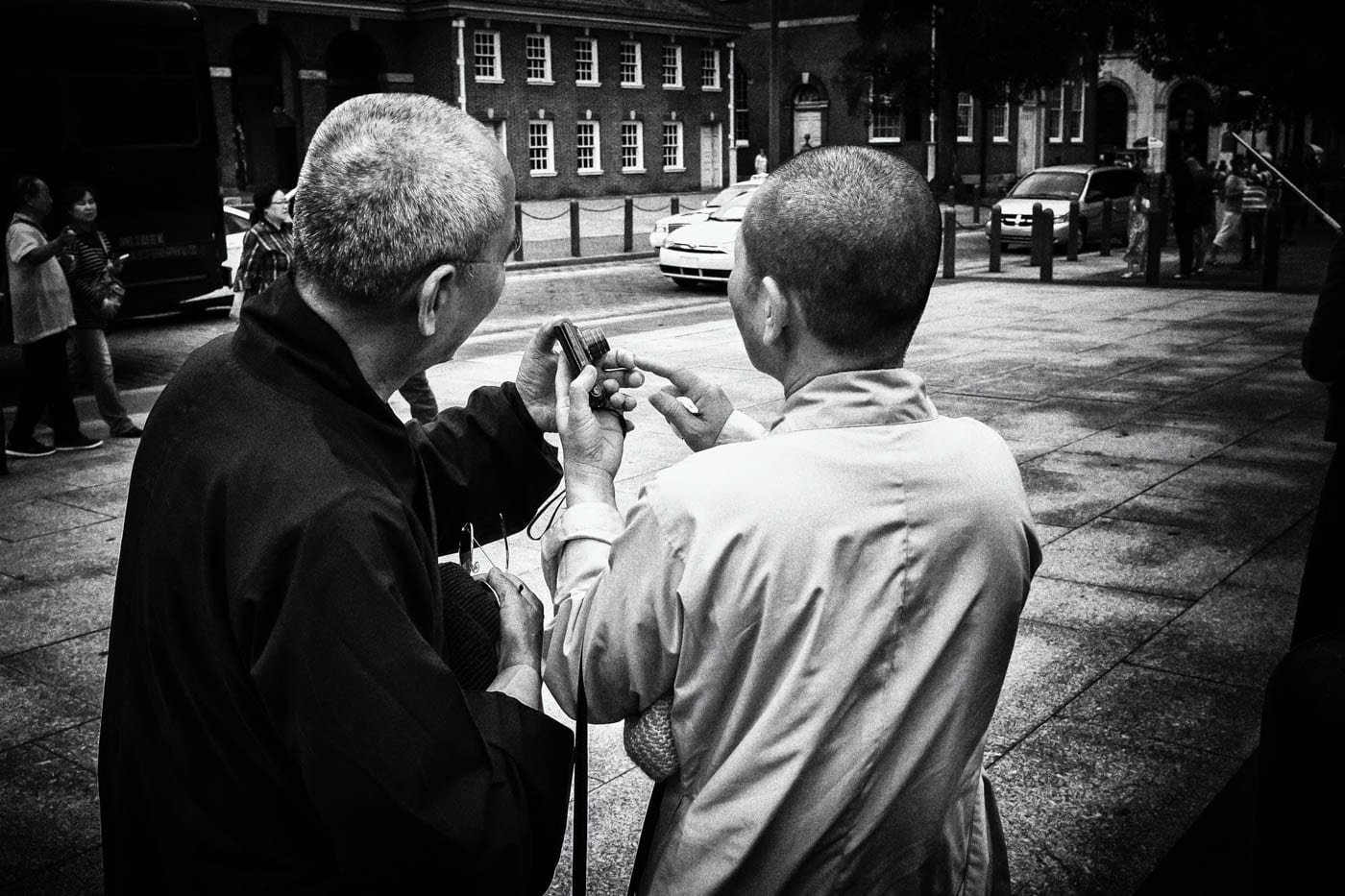 They say that a picture is worth a 1000 words and that may be true but pictures don’t hold the viewer for the time that words do. They bot provide info to the viewer and both are beautiful so I suppose that’s what they compliment each other so well. This may be an observation others have had also, not sure. So I think I will just post some photos and then write my thoughts and feelings about them.

So I was in the Historic District walking around and there are always tourist from all over the world. For me, the tourist I get excited about the most are the Monks. Maybe not just Monks but those of the Spiritual and or Religious order. I am immediately humbled in presence of Tibetan Monks. I always bow my head and feel that the good of the universe is close by when I do.  I walked by close to these 2 Monks, smiled and they smiled back. The one with the lighter robe looked at me and I realized he recognized my VietNam Veterans hat.

A few minutes later after walking around, I saw them again but this time in front of Independence Hall. I moved behind the carefully and as I did they were talking about the mysteries of photography and how this stupid camera worked. See, I don’t understand Tibetan language but we all know Photography is a universal language. I am pretty good in that language and as I got closer, Andre’ the Fuji X100s shaked in me poor hand and insisted we make a photo and we did. Then the Monks turned to me and without saying a word, handed me the camera and I went to the menu and put it in Single Shot. I made a photo of them with their camera and then we bowed and went out separate ways. 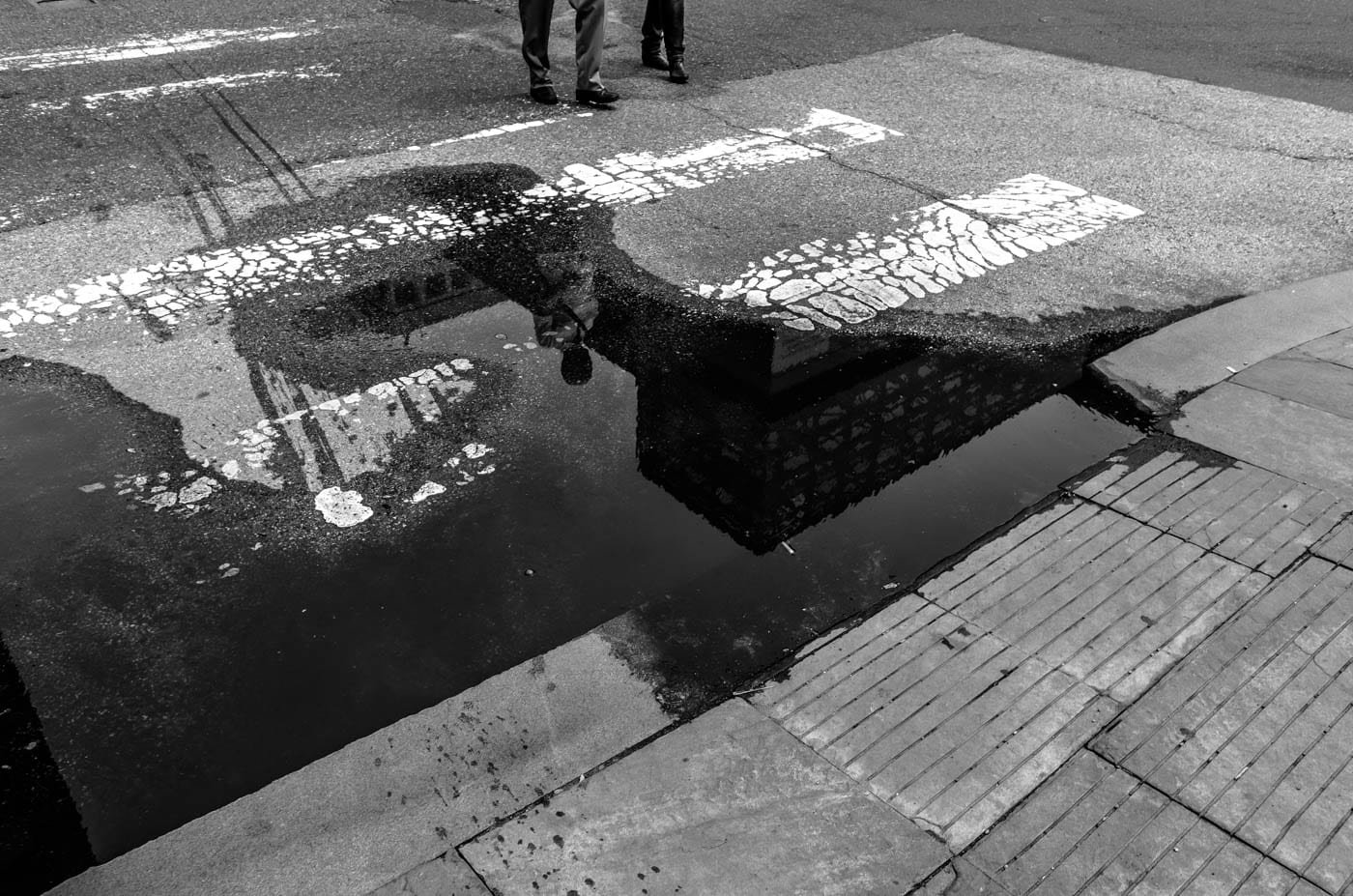 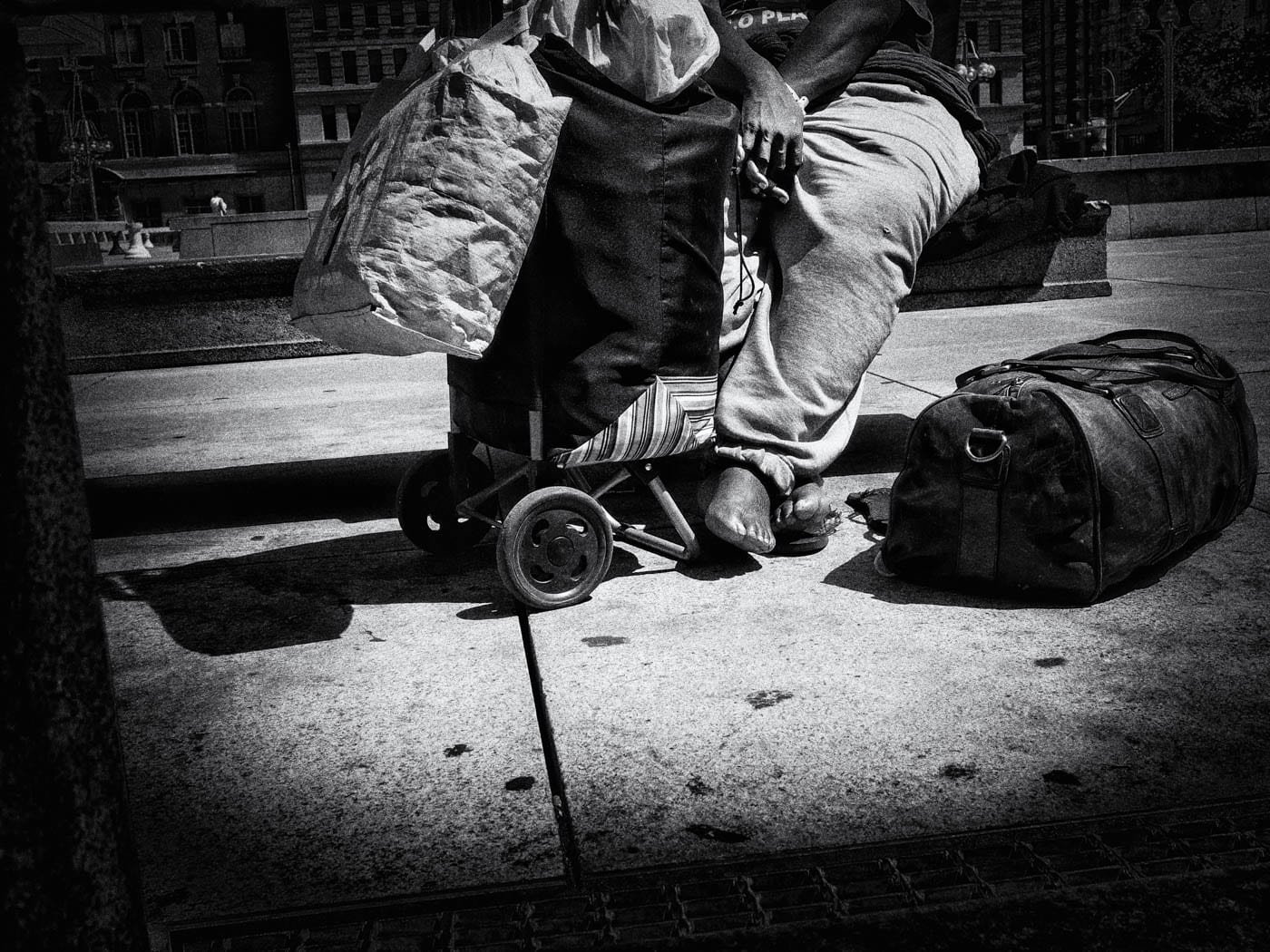 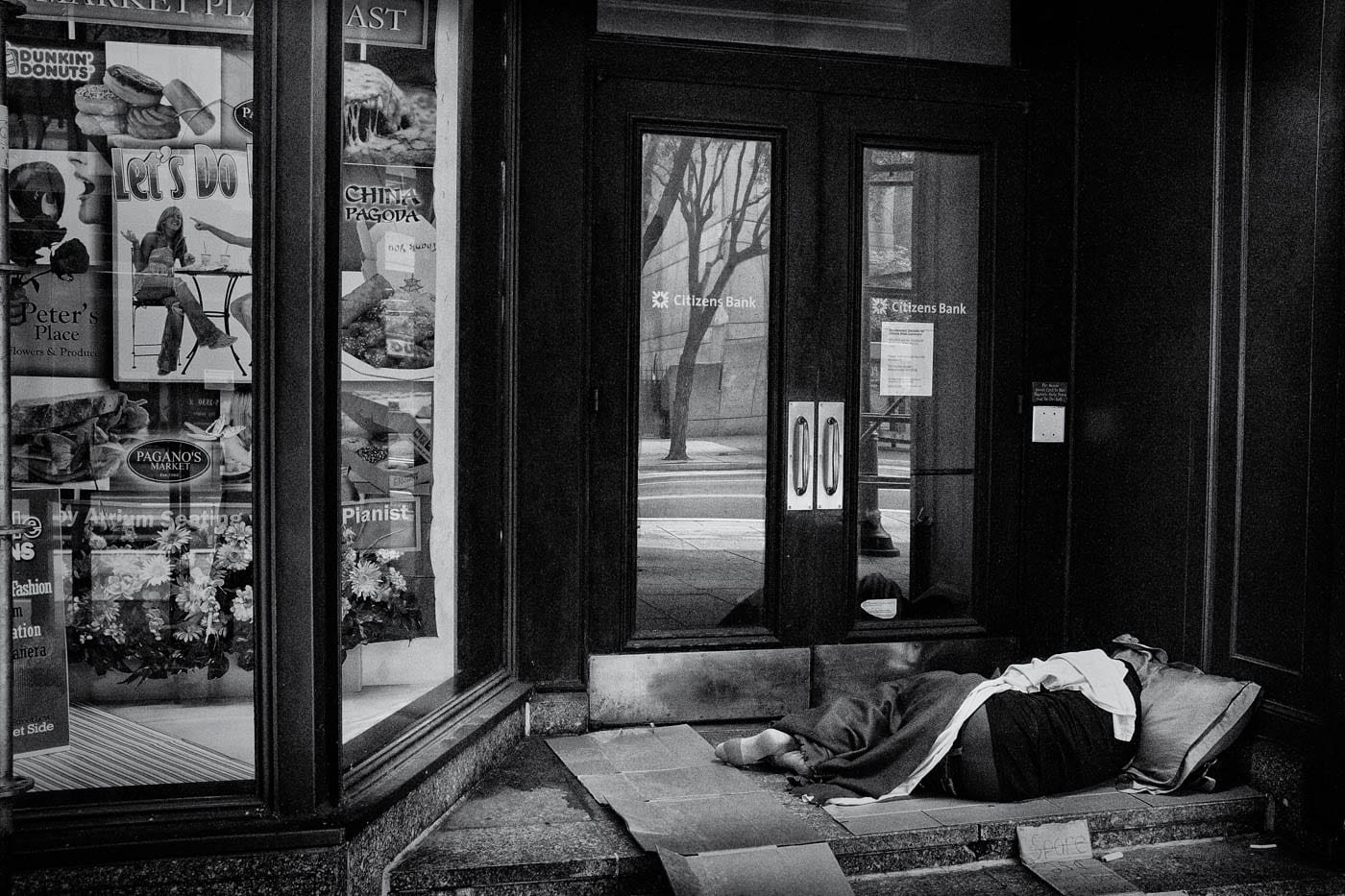 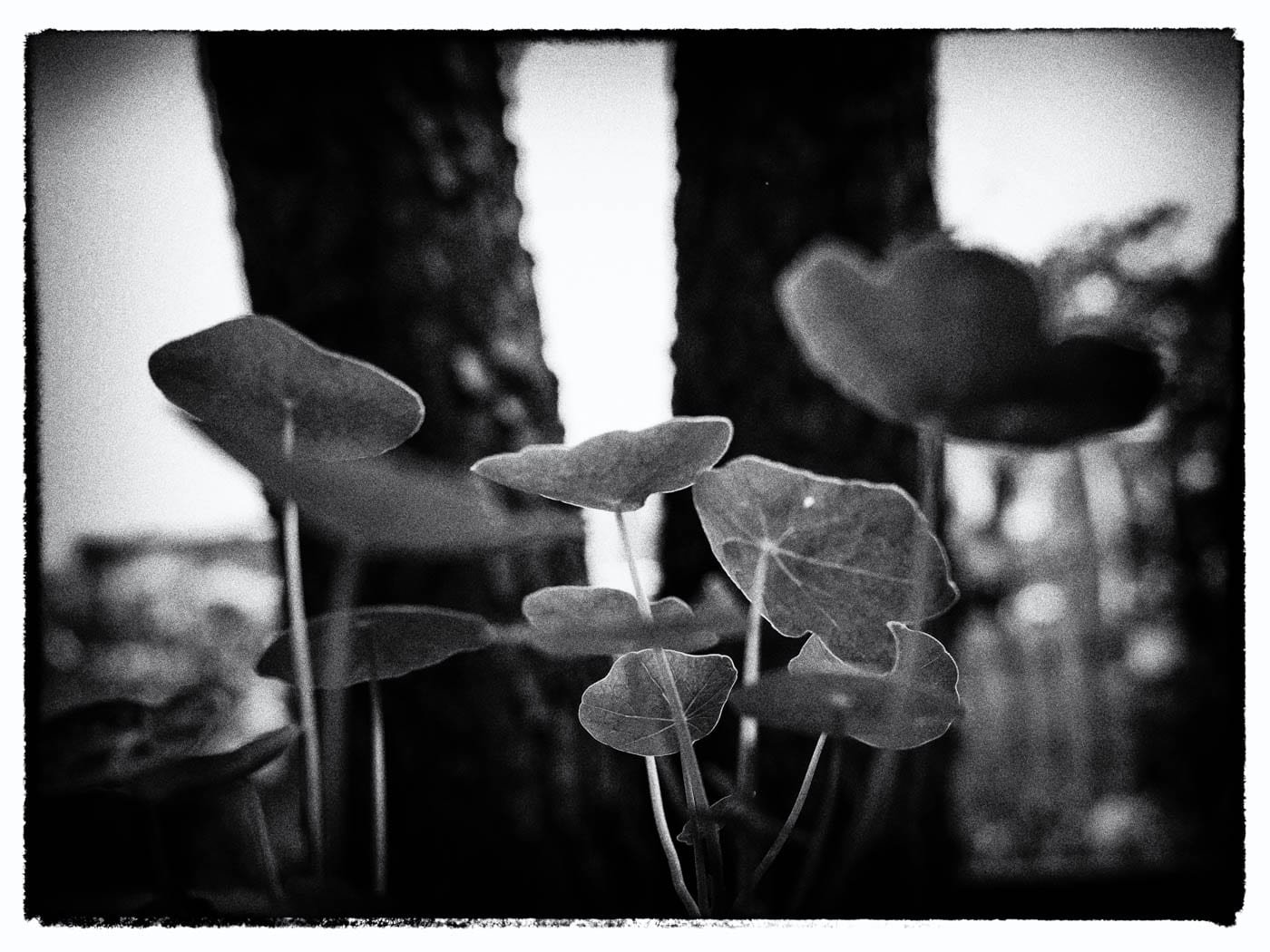 The above images are some of the breathes I had recently.

12 thoughts on “Streets of Philadelphia … A Visual Diary … Page 1”