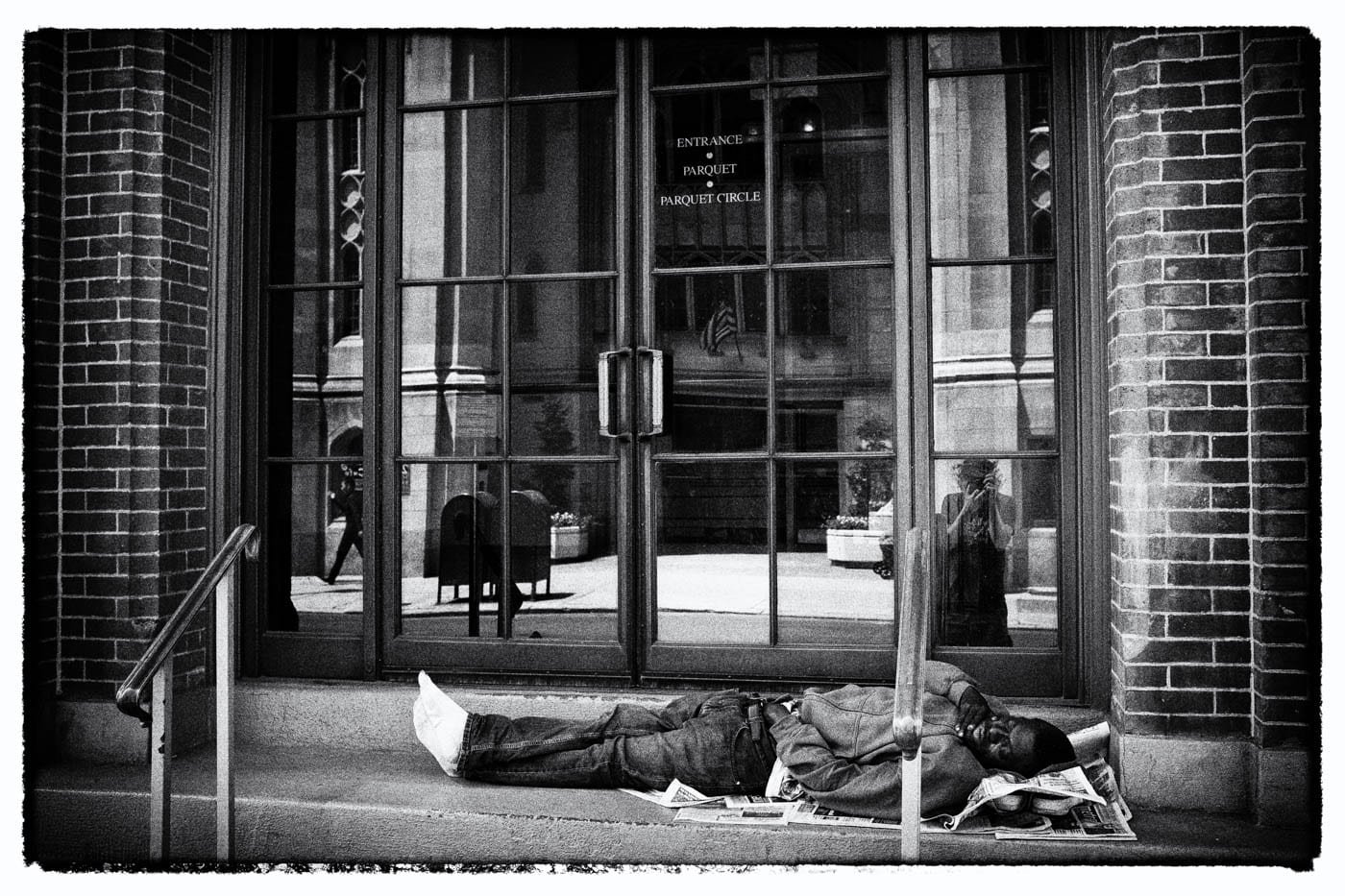 The more things change, the more they stay the same. The place is where the cultured elite citizens of the region come to enjoy mostly Classical Music. It’s the Academy of Music. So maybe this guy isn’t really homeless. Perhaps he is a token patron of the arts. See, maybe the good people that frequent this place have him laying around so that all can see how the wealthy cultured people take care of the people of the city. He’s doing his job and doing a good job at that. They gave him a place on the nice hard concrete and even a bed of news papers. Oh, how lucky he is. I know you think I’m being sarcastic and maybe even making a joke. I’m not. Did you ever see a down on his luck homeless man with  clean white socks. Of course not silly. 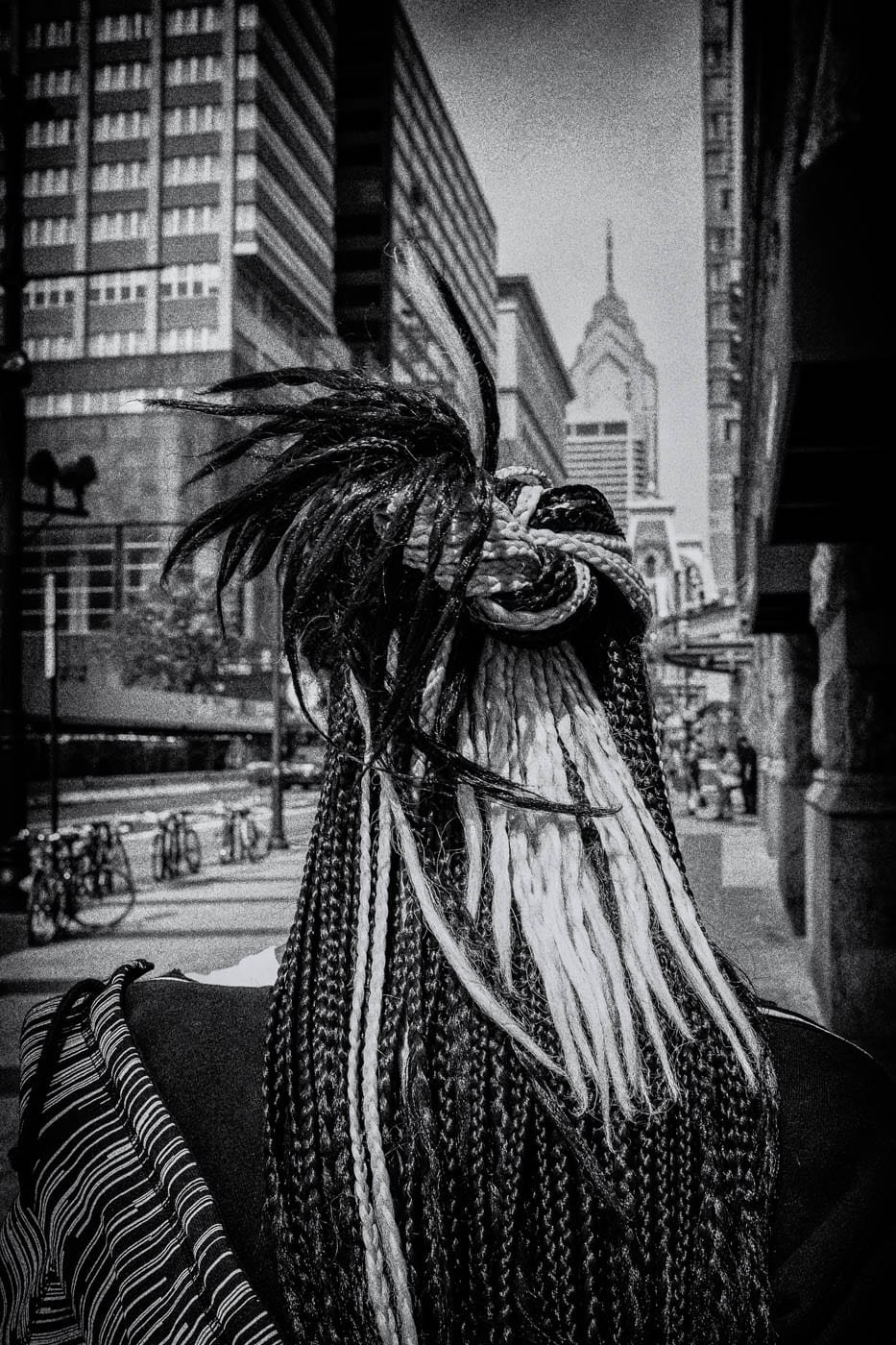 I’m walking on Market street and I see this girl and she’s very pretty. I looked at her and she had this hair like I never saw before. She looked dead at me with that Philly, I don’t give a shit Mr, I’m the shit and you ain’t look. So I was about to walk away and she turned away from me and then her hair came alive. I moved in close with  Andre’ the Fuji X100s and click. She must have known I couldn’t resist because she turned and smiled at me. I looked her dead in the eyes and said, I thank you Princess. That brought an even bigger sweeter smile.

Ya know we all search for pieces of our identity out there and for some reason, I felt a connection with her. No, not cause she was pretty, it was I think because we saw each other as humans and race and age didn’t mean anything at that moment. There are many things to discover on the streets but the most beautiful is Humanity and what’s left of it. 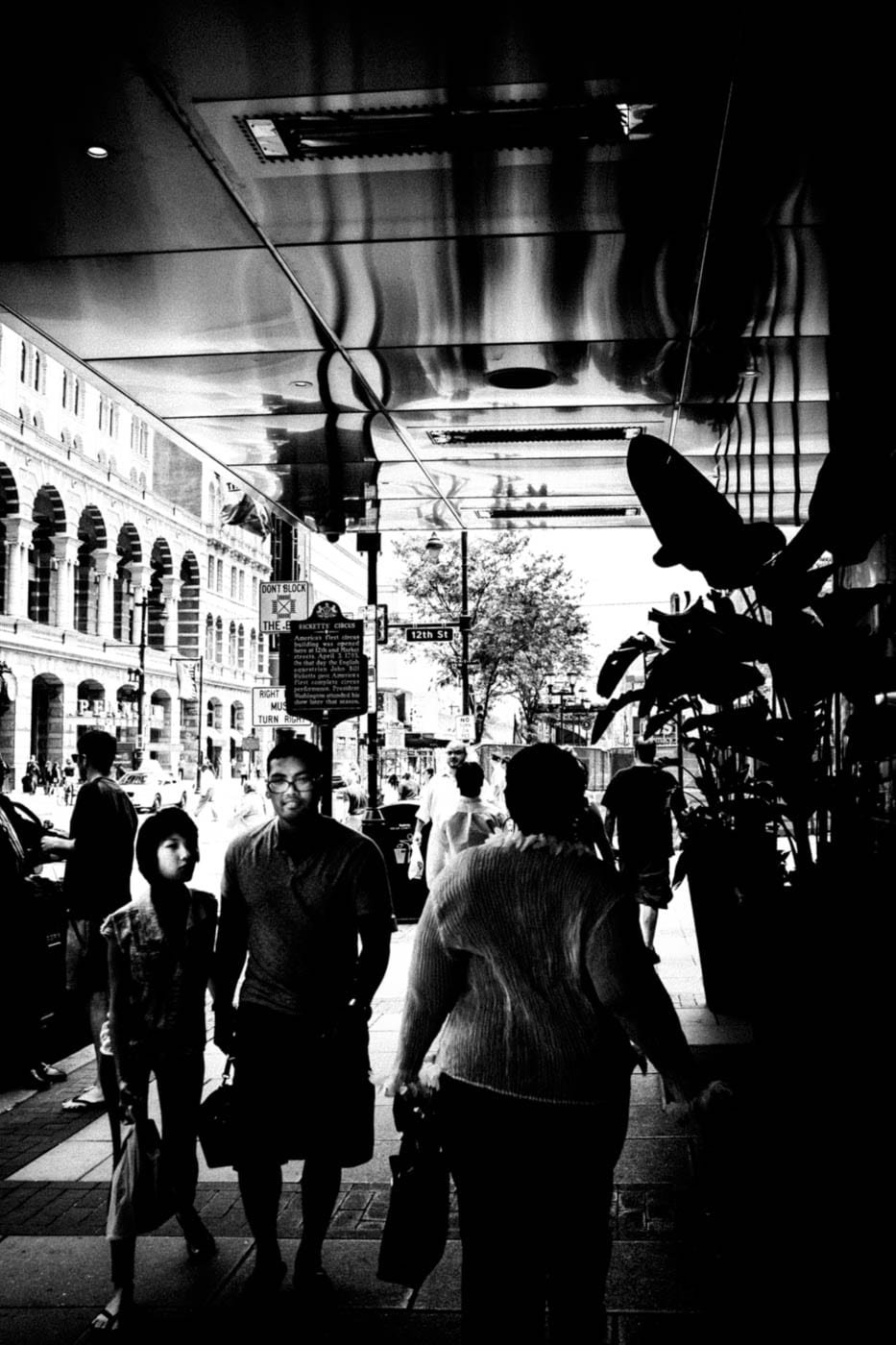 What I love when out making photos is the pure joy of being in life. I’ll be honest. I don’t care about what anybody thinks and I don’t think about anybody when I’m working. What I do think about is what’s going on in the world. I have an implant from CNN and BBC. CNN is on the left lobe and BBC is on the right lobe. So while I am walking, I can do a Samantha thing with my nose and change stations. The thing is that I hear many people teach about the street as if it’s a shooting gallery. I mean, go out armed with you camera and take photos. I almost do that too, no exception except the Make vs the Take. The important thing for me is to be in life and not on the outside of it, taking photos. So I see life as a reference point when making photos. It always is but we are talking photography. Making photos gets me into all kinds of moods and places and doing things. When I feel disorientated, I come back to life and start over.

That’s why my cameras are my friends and not my tools. When I’m working, my camera is an integral part of what I am doing and a part of me. Just having it with me puts me in a place that all things are together and all things are possible. I don’t get that feeling ever from anyone or anything. 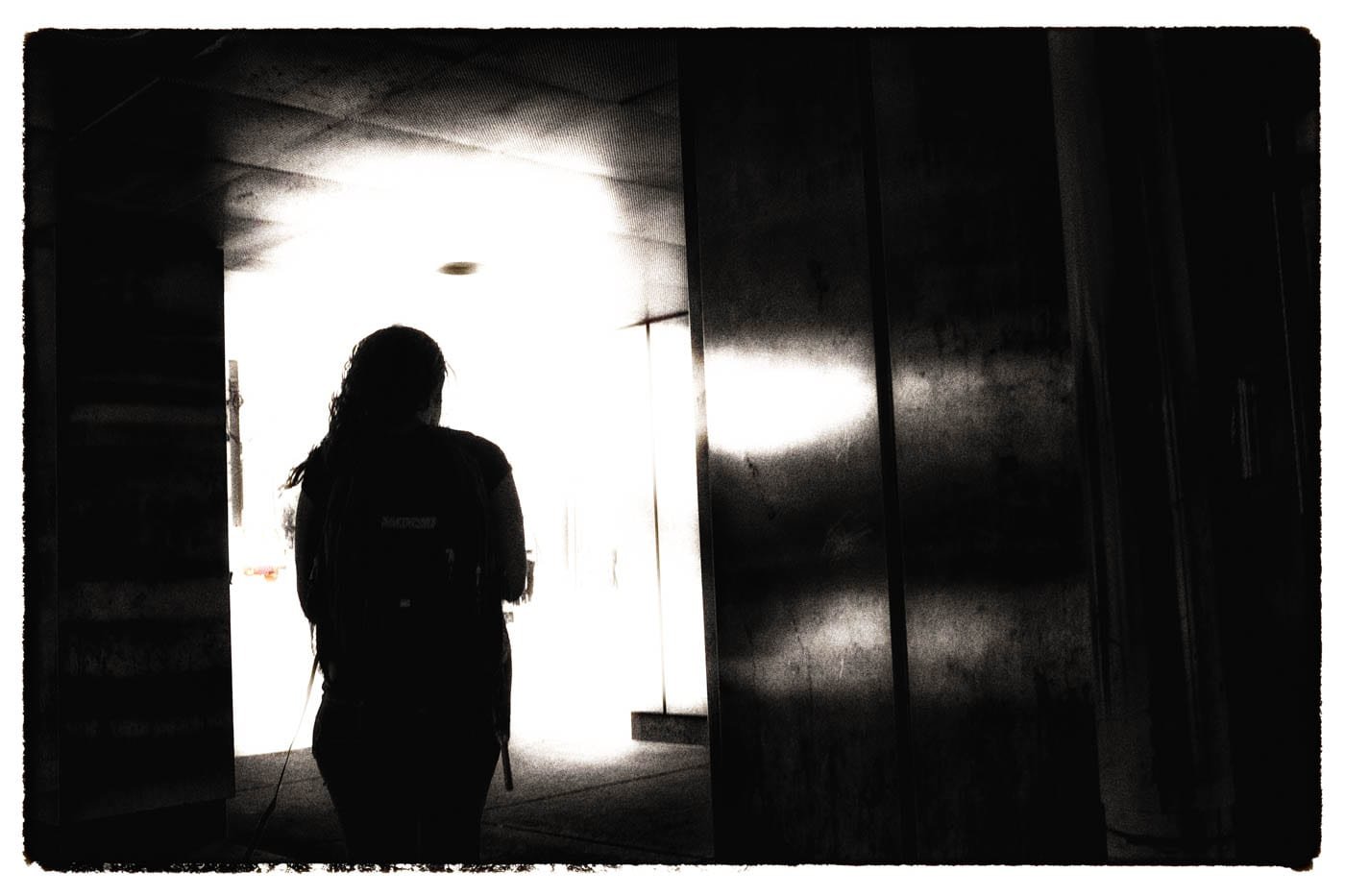 Minor White taught about Pre-Visualization. The idea is to SEE the photo in your head just before exposure. So, back in the day, there were no digital cameras. We went out to make photos and then went to the darkroom and made the Negs and Prints. Now with the advent of Digital photography, Pre-Visualization is all the more easy and important. The above photo ws seen in my head before exposure. So I see the frame and get it with the camera… but before exposure, I see the image being born in LR. Once I see that in my head, it’s time to check frame and release. That most likely takes a second or so. There’s something very satisfying about pre-Visualization. The idea of seeing the image before exposure and then at the finished stage, it’s exciting.

A friend of mine decades ago said that it’s not Pre-Visualization but Preconceptions. I disagreed then and I still do.

4 thoughts on “Streets of Philadelphia … A Visual Diary … Page 2”