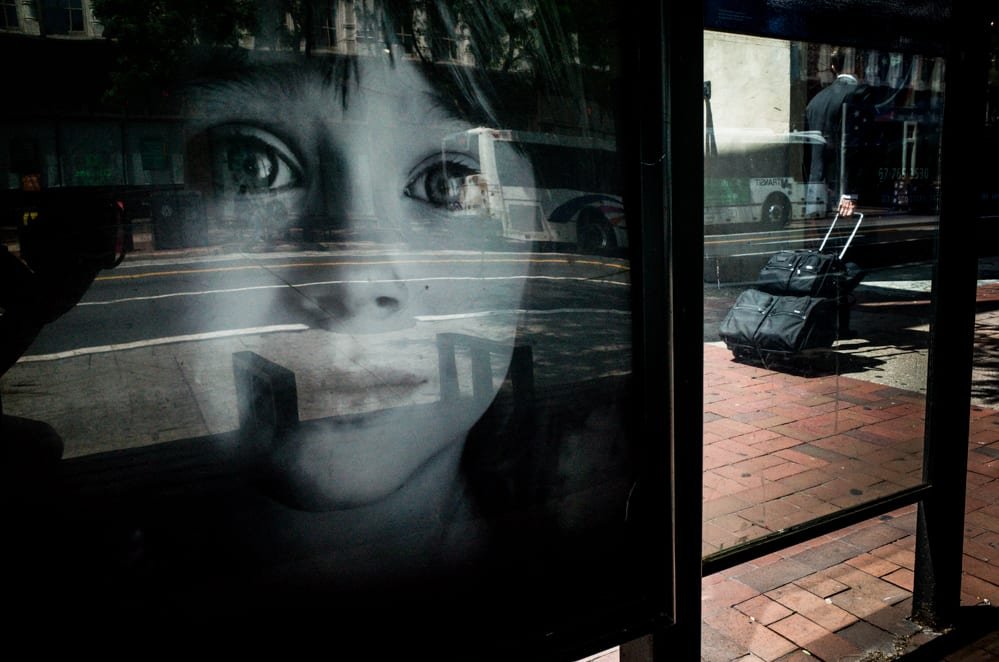 I don’t really like surprises when I’m working. It actually annoys me and breaks my concentration. Well I was heading to Independence Mall going East on Market Street. I hit 6th Street and the GR, (Tanya from here on) started shaking in my hand. What is it I asked Tanya. Well, ya gotta understand that where I’m standing there’s more Federal Marshall’s, Police and guys dressed in black because this is the location of the Federal Court House. I probably looked stupid standing there talking to my camera let alone calling it’s name Tanya….

Tanya is in my right hand and she’s pulling hard right. Just like a woman, she’s gotta have her way. Ok, I won’t fight anymore. I looked right and low and behold….there’s a poster staring me right in the face and the light is calling to me.

~~~~Shooter come hither Shooter~~~ well, how could I resist, actually how could I not obey. Oh yeah….I love that word OBEY! I’m looking across the street at this little girls eyes and I start to walk over to her. There’s a bench under a roof for the bus stop. I sit down and rest a second and the little girls eyes just pierced my heart to my soul. I sat as I watched people going about their business. The buses came, taxis drove by, cars, firetrucks, police cars and I wondered why no one stopped to read the words on the ad for fighting Cancer. I felt like she was all alone and not a single person cared about her or her plight.

Then a bus slowly started to come into the REFLECTION and I saw the wheels like her eyes and then this man walked right into the frame not even aware of this little girl. Tanya got pissed off and fired a shot. She told me not to put the words in the frame because if people don’t get the message from the little girls eyes…then nothing would ever wake them up anyway…..

So the photo above is going Viral at Flickr because people at Flickr and all the members gotz class….. Below is a shot Ray Sachs made of me the other day …..oh yeah, that’s Tanya around my neck…… 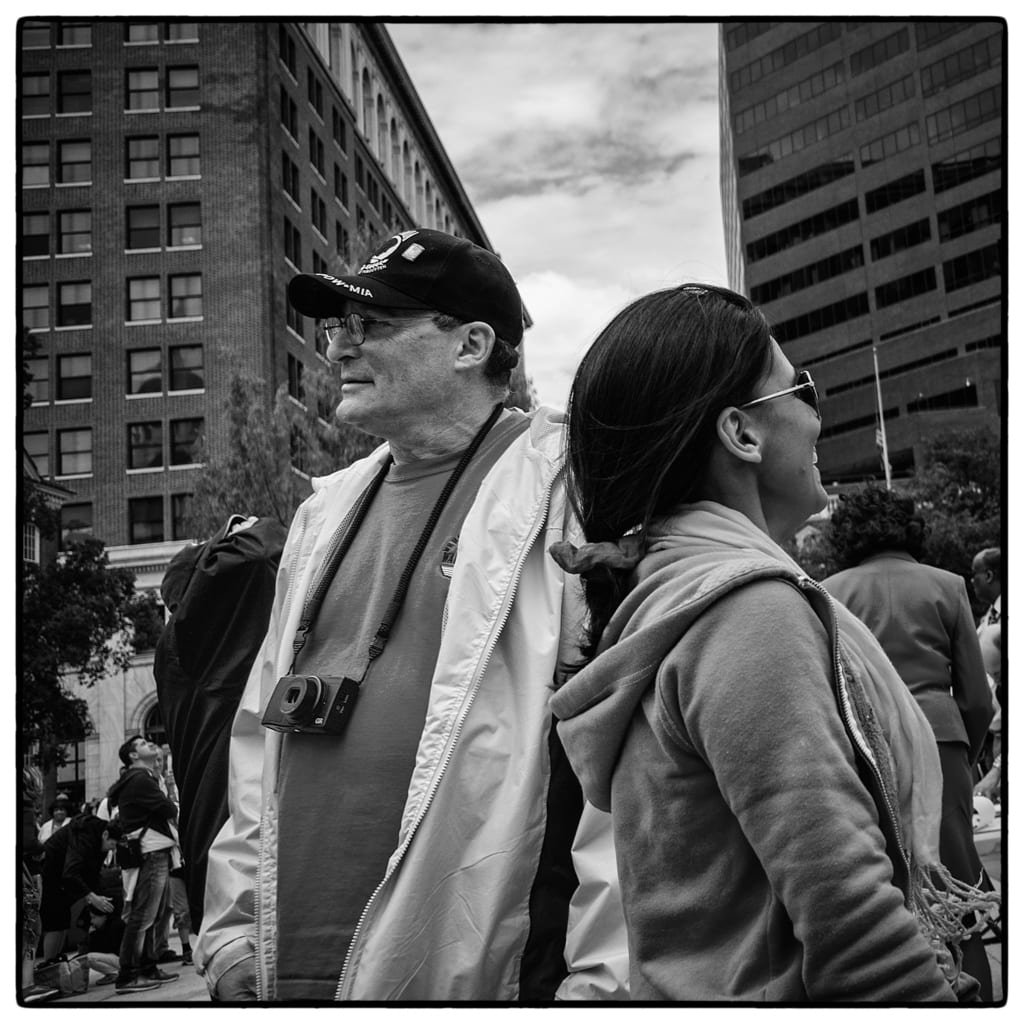