Notice: Function WP_Scripts::localize was called incorrectly. The $l10n parameter must be an array. To pass arbitrary data to scripts, use the wp_add_inline_script() function instead. Please see Debugging in WordPress for more information. (This message was added in version 5.7.0.) in /home/u647418100/domains/streetshooter.net/public_html/wp-includes/functions.php on line 5833 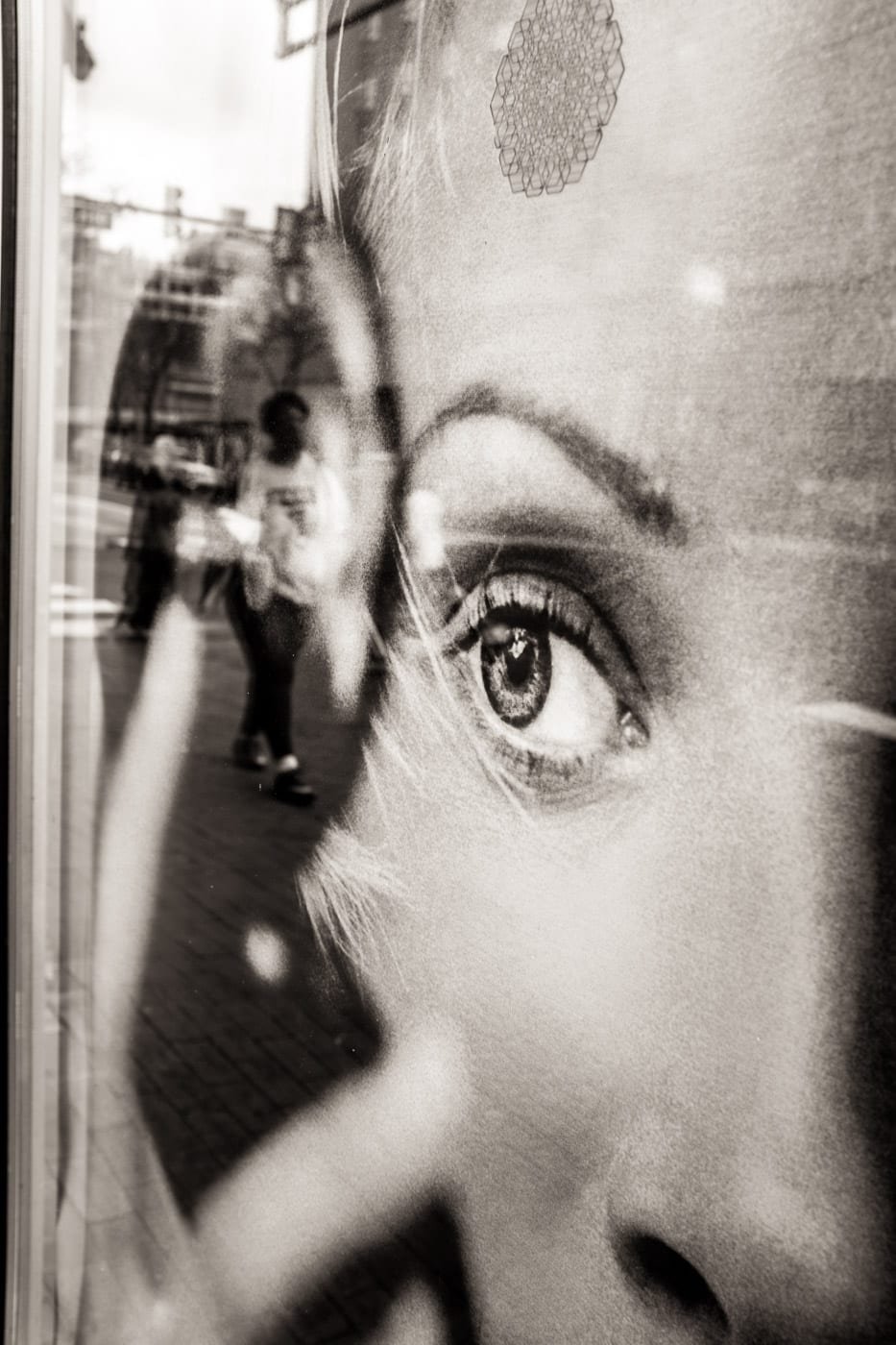 There are a few ways to see photographically. I’m just gonna touch on a few of the most important that I know.  So shall we break this down to:

Seeing the reality in front of us … or seeing the reality in our mind. They are not one and the same and no camera ever invented can join or translate the two and get the desired result.  So, what becomes the issue for us as shooters? I can speak for me and I see things kinda like this.

If I get an idea in my mind and wish to make it come to birth as a print, (I use that term loosely) … it could be said that I had a pre-visualization.  Ansel had a method of pre-visualization that back in the 60’s and 70’s served to isolate most large format shooters from small camera shooters. The idea was to tune everything you know at the precise moment of exposure, how the end result would be. You could see  the image in your mind’s eye and you worked methodically to make the image as visualized in the mind. I did all that. I got everything so precise that it became routine for me to make photos. Remember that song, “Along comes Mary”? Well along comes Minor. I went to a workshop with a friend and ya know, it was cool. I was still under the mental and emotional influence of Nam. At that point in my life, I didn’t really care about too much. Minor was leaning back on a tree and a few gutsy people sat around him. He had a presence about him that was very spiritual. I am pre-visualizing about photos of Minor and just letting my mind take hold of the situation. A young woman came over and told everyone that a class was getting ready to start. Everyone but Minor went to the class. Minor leaned back against the tree and I stood there just looking around. It was just the 2 of us there. I looked at Minor with respect and a kind of reverence but no fear. I would never no fear my entire life to this very moment. I remember Ding showing me Minor’s works and he had a kind of stillness about him. It was like Ding felt he was in the presence of something otherworldly and he passed that on to me. Ding asked me how I felt about Minor’s works and I said, it’s like Minor’s images are from a place inside him that he taps into. He has a resevour of energy and love and is capable of making the images with that source instilled in them. Ding patted  me on the back and I immediately understood that the sourse was Minor’s heart. 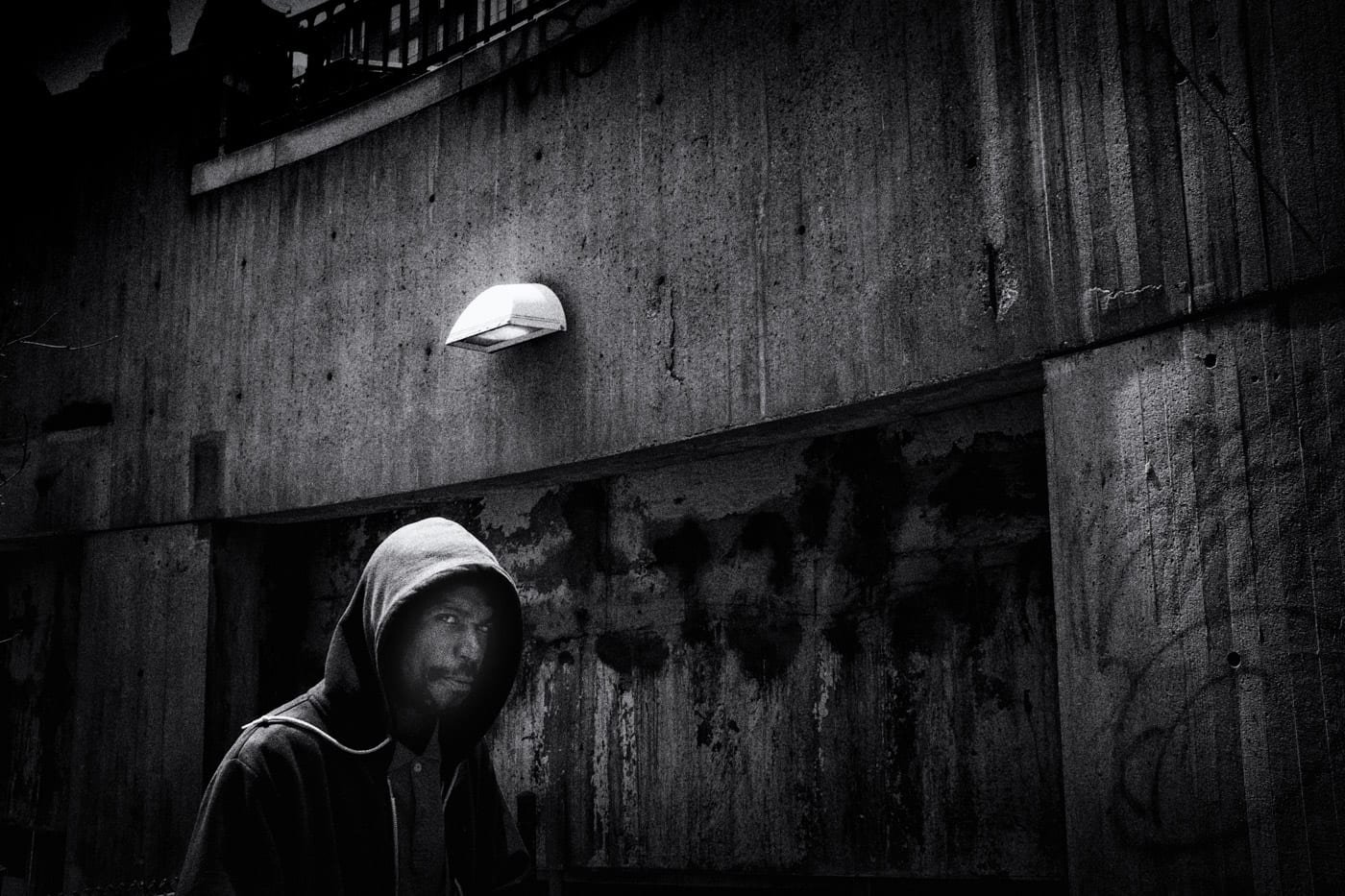 Minor asked me to sit and we started to talk. He asked me”How’s life”? I told him I left it in Nam. That was a gateway answer. We started talking about the military and he wanted to know about every second of my experience in Nam. His eyes peirced my soul with intensity. Then I directed the conversation to photography. I said, Minor, I’d really like to talk just about photography. He said I thought that’s what we were doing. (ya ever see a dog look at you and tilt his head from side to side? that’s what was happening to my mind.) Minor said, what do you think photography is? I couldn’t answer. He told me, from this moment on, photography is about your life. It’s about some people that read you and understand you. You have to find the photos that you believe in. Many won’t cut the grade but regardless, they are all from your heart. In time, hopefully, you will learn to see from the heart and see from the mind and then to understand the difference. Minor said Ansel made photos that were representative of the subject matter. This is natural because he captured the beauty of the natural landscape. Steiglitz made photos that were representational and also that were as he called them, equivalents. I see making photographs as making them for their own value. For me, the photograph is it’s own life, separate from the subject matter. It is it’s own personal reality. 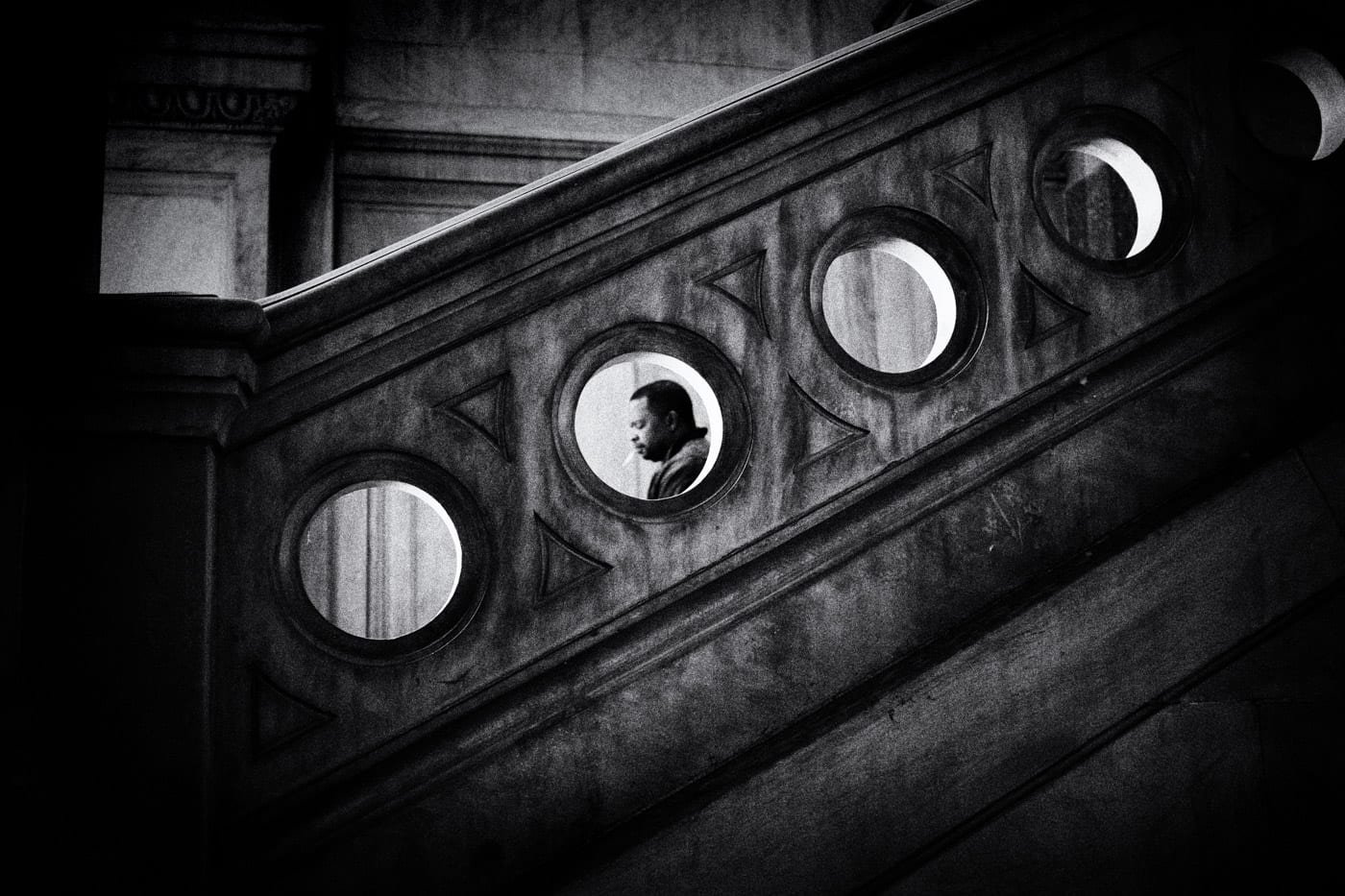 I told him I was an advocate for Ansel’s Zone System. He smiled. He asked me if I liked working so methodically and pre-planned. I said I didn’t really know another way to think and work. He looked at me like I imagine an Angel would look at me. Really seeing my heart and total worth as a human. Then he grabbed my head and shook it and said dump all that shit in there down the toilet. I was at a loss. He then placed his hand on my chest over my heart and told me, that is all that matters. I told him I didn’t really understand. Minor said you can think your way thru life and maybe find a rewarding end. You can FEEL your way thru life and then, there is no question. The answer you seek will be in the images that you Felt with your heart. That I understood. I never saw Minor again but he’s got a space in my heart and mind for all time.

I asked Minor if I could make a portrait of him. He agreed but said he had one stipulation. That was that, I never show the photo to anyone, ever. I took that lightly and made the portrait. I used a 4×5 and processed the negative. When it was dry, I showed it to him. He loved it and said, you caught me. I was proud. Then he said, we have a pact together correct? I looked him in the eyes and immediately understood the intent, in a way I never did before.  I told him I will never ever show the portrait to anyone. As I was bgetting ready to drive back to Philly, Minor took my hand in his and grasped it between both his hands. He said, I hope you find peace in this world. My dad died when I was 6 years old. I kinda felt that Minor had some of him inside him. It was like I had tears fom my heart and Minor found a way to let me cry without anyone else knowing. We did our farewells and the last words he said to me was…”The Pact”. The reason I told ya’s about this is: I became acutely aware of the word INTENT and some intrusions on it. In my mind, there exists a difference between B&W and Color. Not just in the spelling of the words but the real meaning associated with each. I suppose I have adopted and implemented the B&W in my work. I was never really attracted to color and maybe there are some reasons not entirely my own. None the less, I have lived other shooters ideas about things and made some of that my own. Remember Minor telling me about the HEART? Well, I didn’t always pay attention but something was brewing inside It wasn’t a craft beer either. I started to wonder about the photos from my mind’s eye and the photos from my heart. The real issue I wanted to discover was the actual combination photos of the mind and heart. Was I perceptive enough to spot anything remotely associated with either? I asked that question over 45 years and never understood the answer clearly. What I taught in class was…..when viewing your photos, can you recall the precise moment of release and all that was there with you at that time? See, there are many things to confuse the intent of your heart and or mind. See how I went right into color vs b&w, without notice? Well, that’s how it works. Exterior stimulus with effect the inner workings of out heart and mind. We need to have the knowledge that something is happening here, what it is isn’t exactly clear. 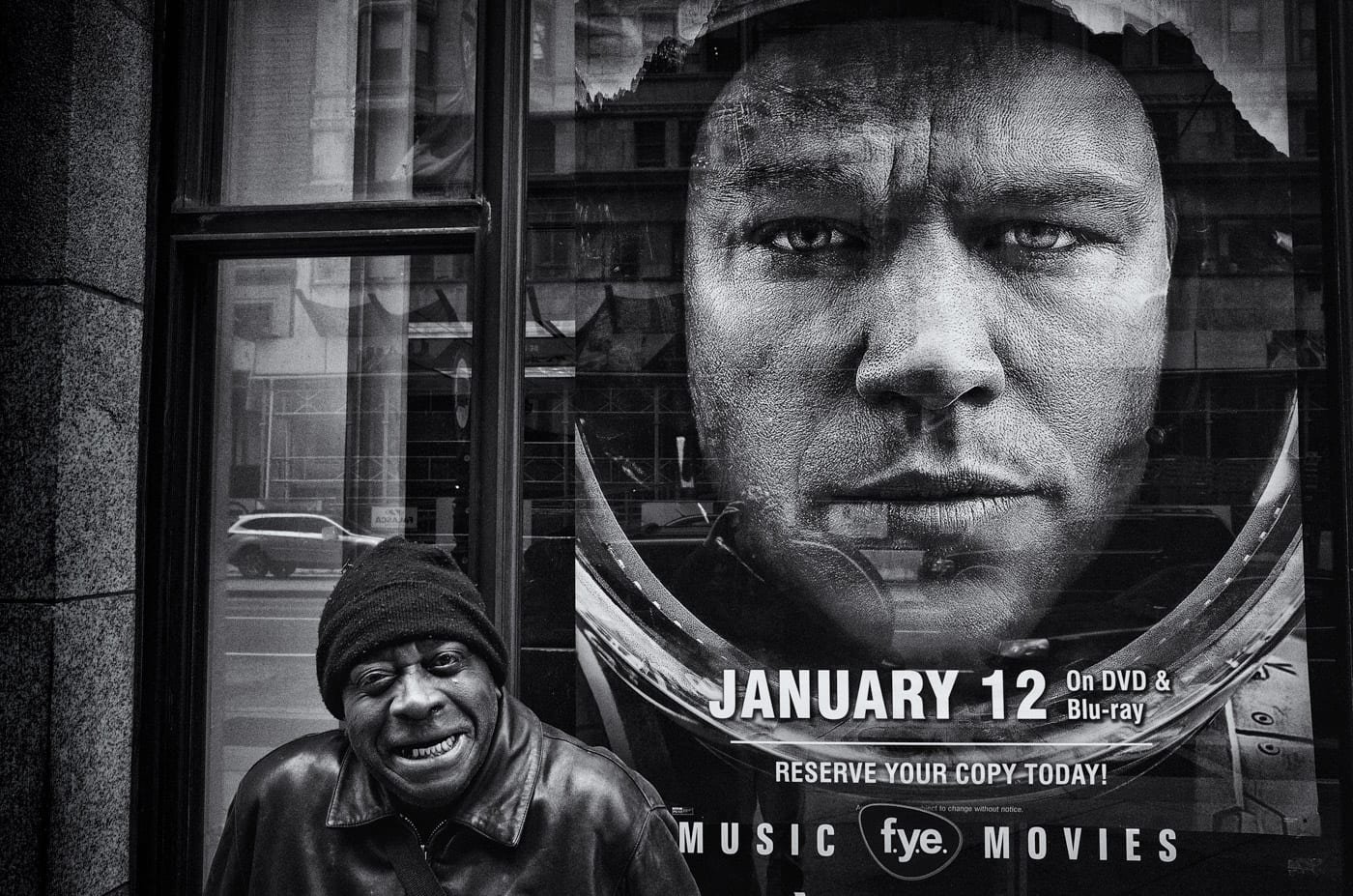 Ya know about those pre-conceptions I mentioned? Well, they don’t come from you, they come to you. They instill their rubbish into your heart and your work. They are the poison that others send to you and … us, without the ability to stand for and with our work, will fall prey to the effects of those preconceptions. Is this heavy doo doo? sure it it so get your camera and get your butt out there and make photos. Just stay focused on the 2 main ways of seeing, The Heart and The Mind.

Ya know, maybe it’s also about working for you or for them…hmmmm

… with an open heart and an open mind. I always believed and taught this concept. It’s actually the sword to carry thru life. Afterall, basically, it covers any situation you may come across.