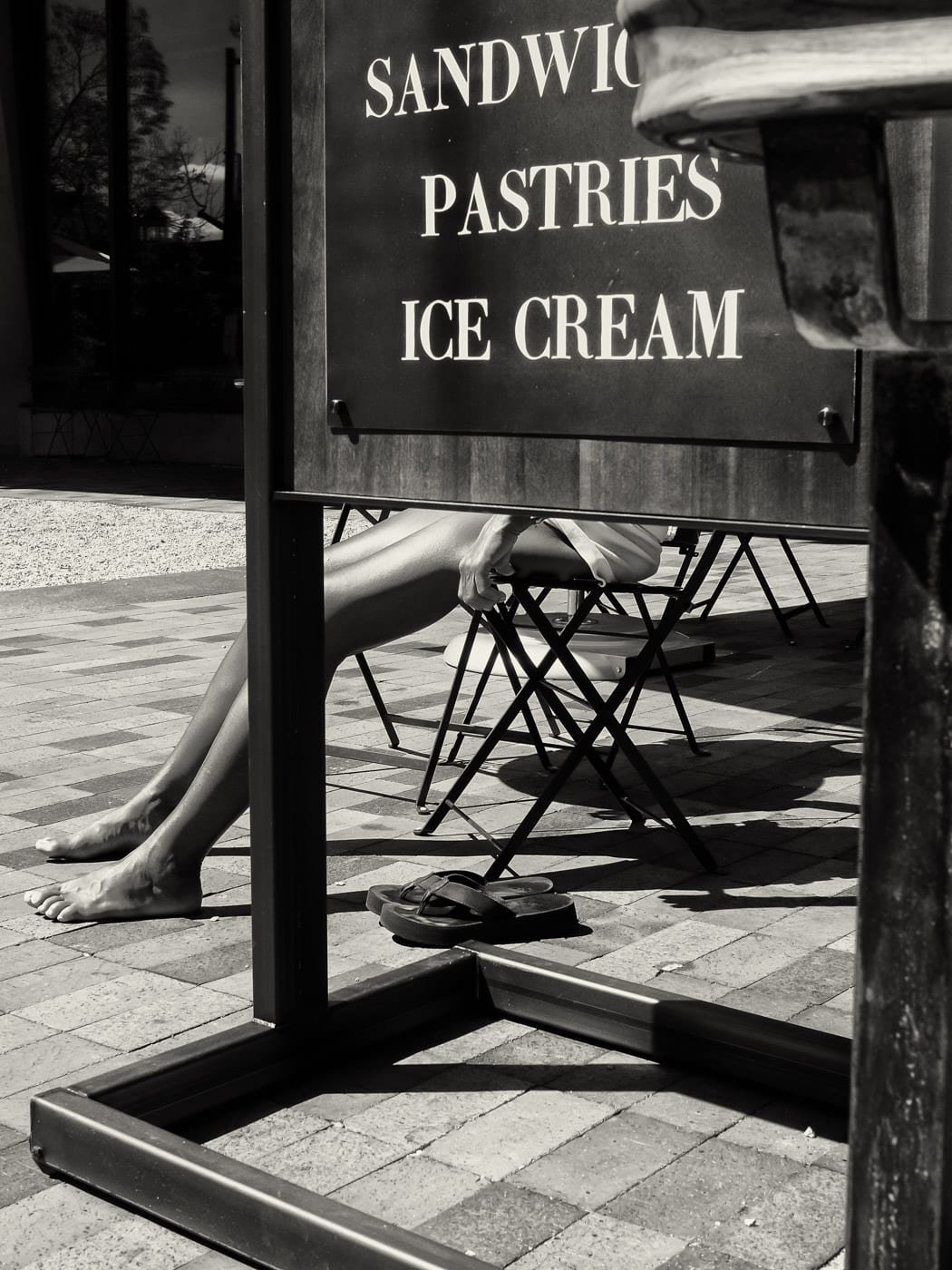 So Jeff and I are studying my photos. He starts grouping them in ways I never did. Then he makes a comment of an observation. He says, “Don, you have a thing for legs and a good eye for interesting ones”. So we looked at my photos and I had about 60 with me. As it turns out, there were arounf 20 leg shots. All sorts of leg shots but good photos. Jeff says, “You got a whole game going on here”. Your doing a Gambe’ Game. That defined a  body of work I had been doing for many years and still do to this day.

I was very excited because I felt a revelation had happened. It’s ok thatI was doing these images but it became very exciting for me to understand what I was doing and to see my intent with these images. Then we looked at other photos and I started to understand the way Jeff was grouping them. Now mind you, I had grouped my work on my own and I had good training with editing from Ding. This was different. Jeff was very precise in his grouping and in the way he explained the work to me. It was like watching a surgeon working on your body and you start to understand. 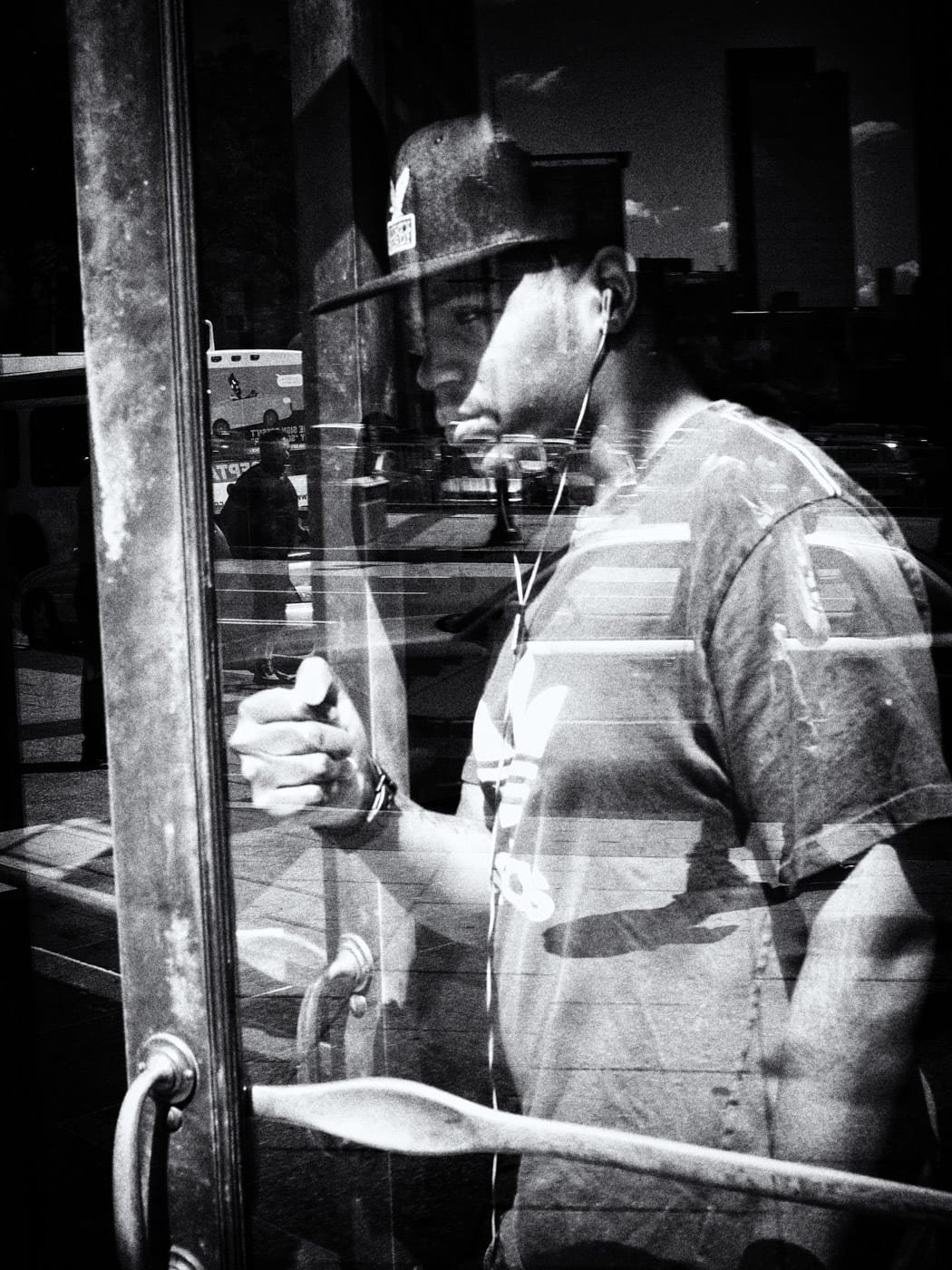 After a little bit of moving and working, it was obvious that there were triggers that got me to make photos. Besides the triggers it became evident that I worked in a methodical manner and was aware of working on series without really understanding the series. Many things were uncovered and I felt like for the 2nd time in my life, I had an understanding of what I was attempting to do with a camera.

Some of the things we discovered  were that I had groups as Jeff called them, not series. He felt that these ideas would eventually become series but for now, groups are a better idea.

So if for example these common denominators are prevelant in my work, it should become easier to find the next photo. Don’t friggin’ believe it. Maybe I became more familiar with the territory and the mechanics and even the trigger mechanisms but, esthetically, none of that meant anything. What I wanted was a definition for intent. I wanted to know why and what I was doing. Not really the mechanics of it all but the motivation that fuels me. 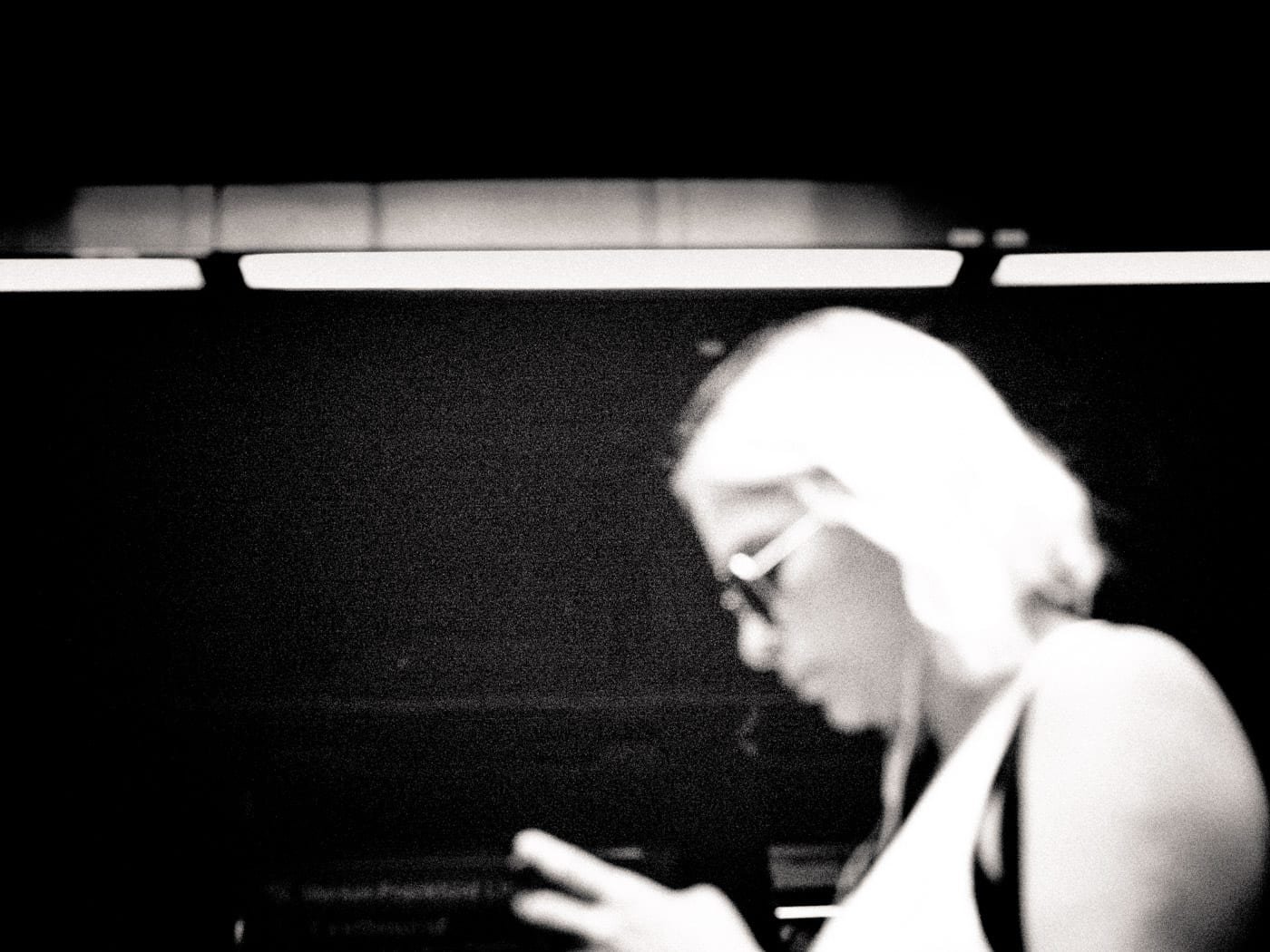 I wanted to seek and find resolution of all this minutiae. I still do because it’s part of the insanity of being human and even more so a shooter. I learned that no matter how hard I try to find the word to explain everything all that remains is the photos. I ask myself millions of questions annd mostly never find a solid answer. When I look at my photos, I start to see the light of what I’m doing. I understand my work and often wonder why many don’t. Maybe it’s not importany about resolution or answers. Maybe the beauty of art is not in the finding of answers but in the way your work presents more questions. Can it really be that simple? I don’t know but I am trying to just love the work and not trying to find answers or the acceptance of others. My photos guide me and now with an understanding of what it maybe means and maybe just a little means, I have some resolution.

You can’t control anything and once you accept that and stop trying to get control, then you actually get some control.