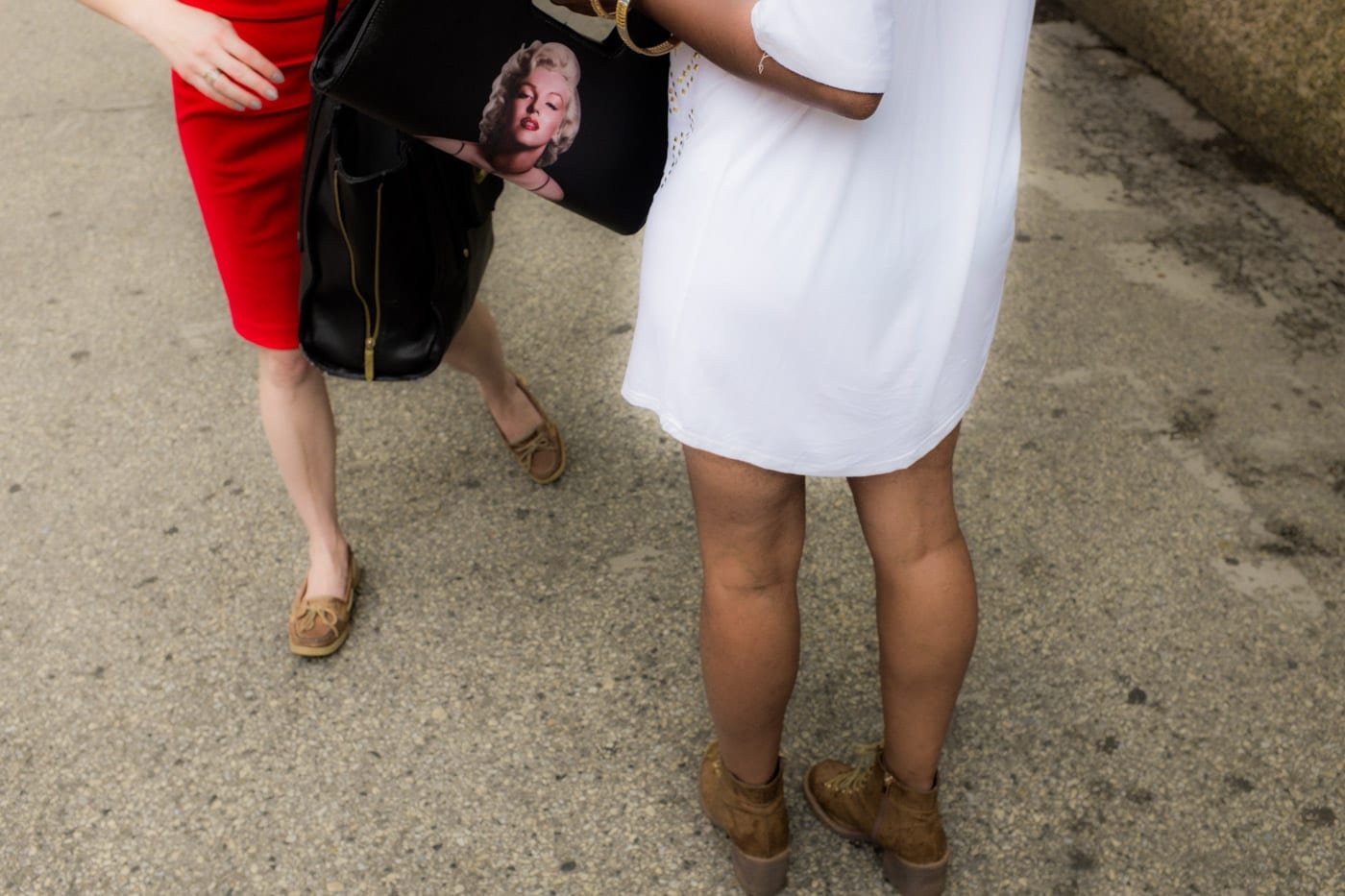 Damn hot & humid. For real. I see tourist with du rags on their head, towels over the shoulders and people selling Ice Cold water running out. Amazing. Personally I love the hot weather but I have an issue when the heat mixes with the humidity.

So, Andre’ the Fuji X100T and I were out on a walk-a-bout. We covered a few miles and made some photos. Some won’t get posted because they belong to a project I am working on, Faces and Spaces. The happen to be the better images because my intent is flying high on that project and I just see it. This stuff is basically Flikr & Facebook stuff. I try to support the community at both places and I feel it’s important to do that.

So, we are cruising around City Hall and going thru the walk ways. I used to do that with Ed Bacon but now I just have the memories of him telling me all sorts of facts as we walked around the building. Then as I went thru the West corridor heading to the East corridor, I get  a glimpse of a young woman walking with a bag in her hand and it has a face of  Marilyn Monroe. Now, she’s young and I’m not so young.This means she can walk faster then I can even see but I wanna make a photo so I focus on her and realize, it ain’t gonna happen cause she’s far ahead of me. The, the Angel of Grace floated down to her and put some other woman next to her. I thought geeze, I need to get the Angel a present. I walk close and know it’s just a one shot deal and I know what I want and get close and ….CLICK! 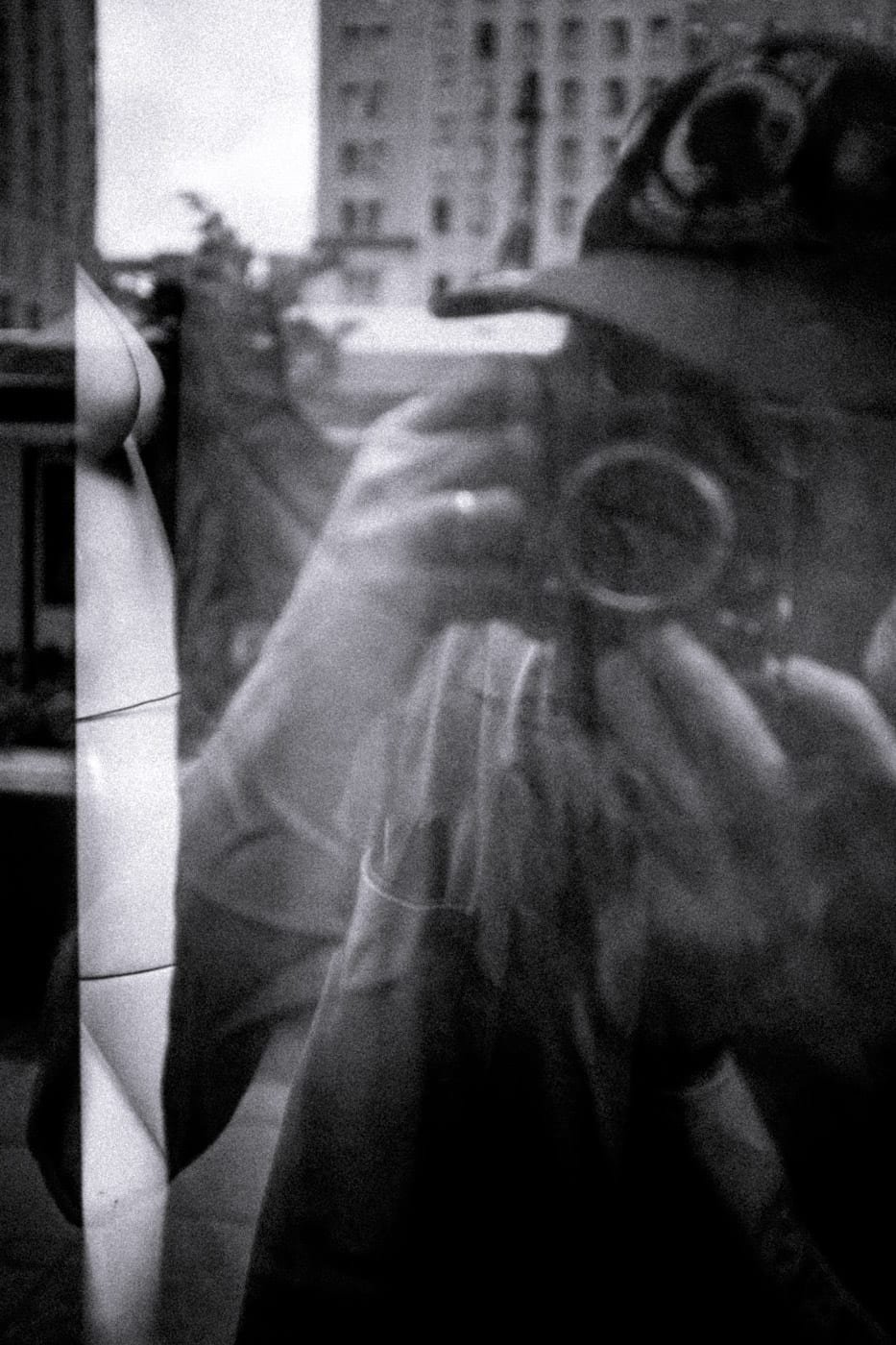 The great thing about photography is seeing how things get when they are flat. It’s a real amazing experience and then to make it B&W, well…..

I remember going to museum and Ding showing me photos. Sometimes I would see a self portrait of the shooter and could not stop looking at it. I wanted to understand that person just by seeing them in a photo. Then I learned that I would realize that person by the body of work they produced.

What I found and still do, is selfies, selfies by anyone interest me. I have many of myself for all these decades. Maybe when we look at someones work, we see what that person felt and saw and responded to at the moment. When we see a selfie of that person, for some reason, they become human and they are real for us. It’s a trick of photography. A trick of freezing time. A trick of Life after Death. 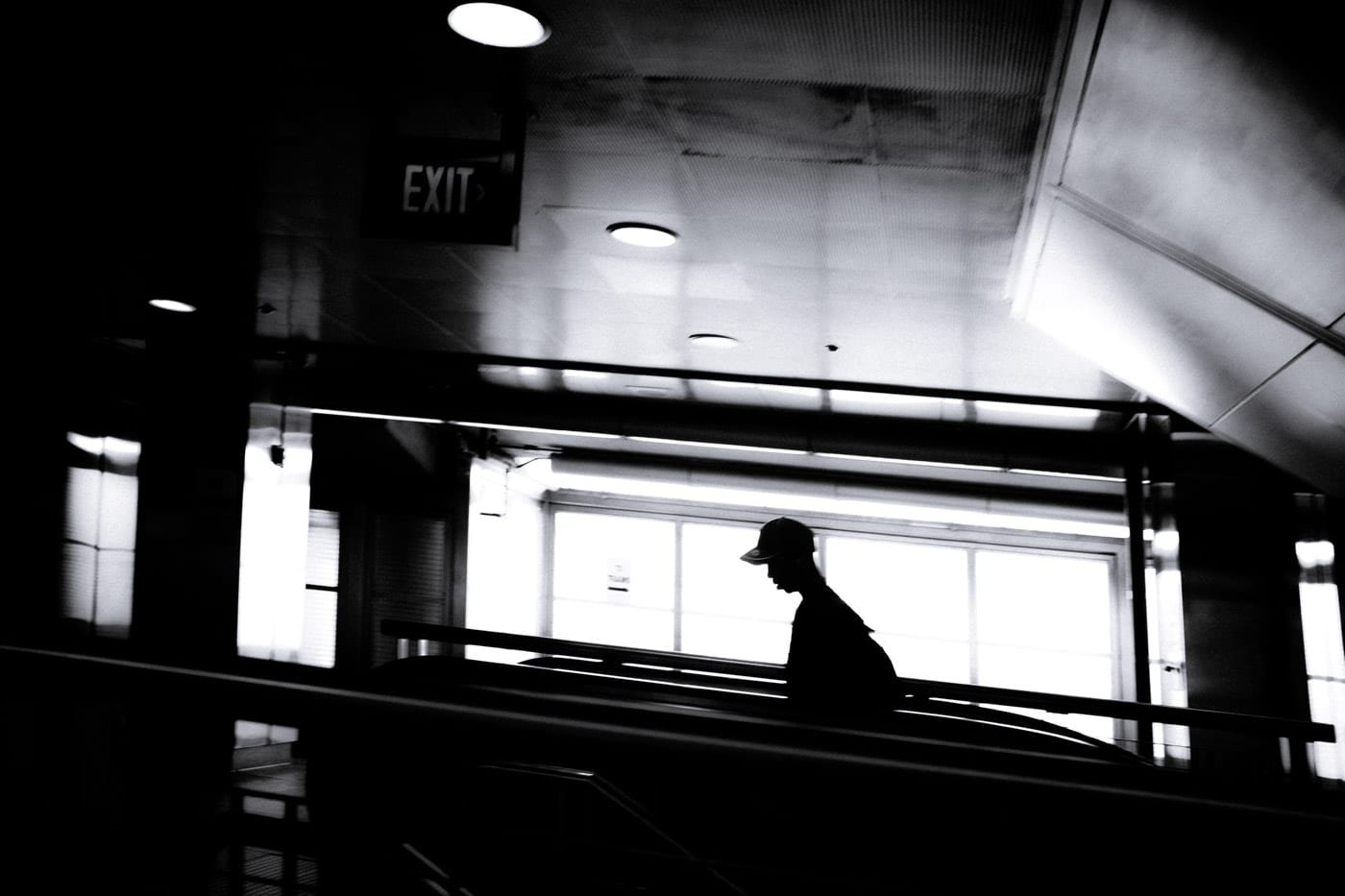 I used to wonder what people that were not photographers saw and what they responded to in photos. Now that an exercise one can only dabble in but must at certain points in our life. I remember many moons ago I had been at the Museum and Ding picked a handful of my prints that her liked and felt were worth owning.

I was excited. I went home and when I got there my in-laws were there. I showed my prints that Ding wanted to my wife and she smiled and was proud and happy for me. My Mother-in-Law came over and asked me…:Donald, why do you always make pictures of nothing?

11 thoughts on “It’s The Time of the Season”