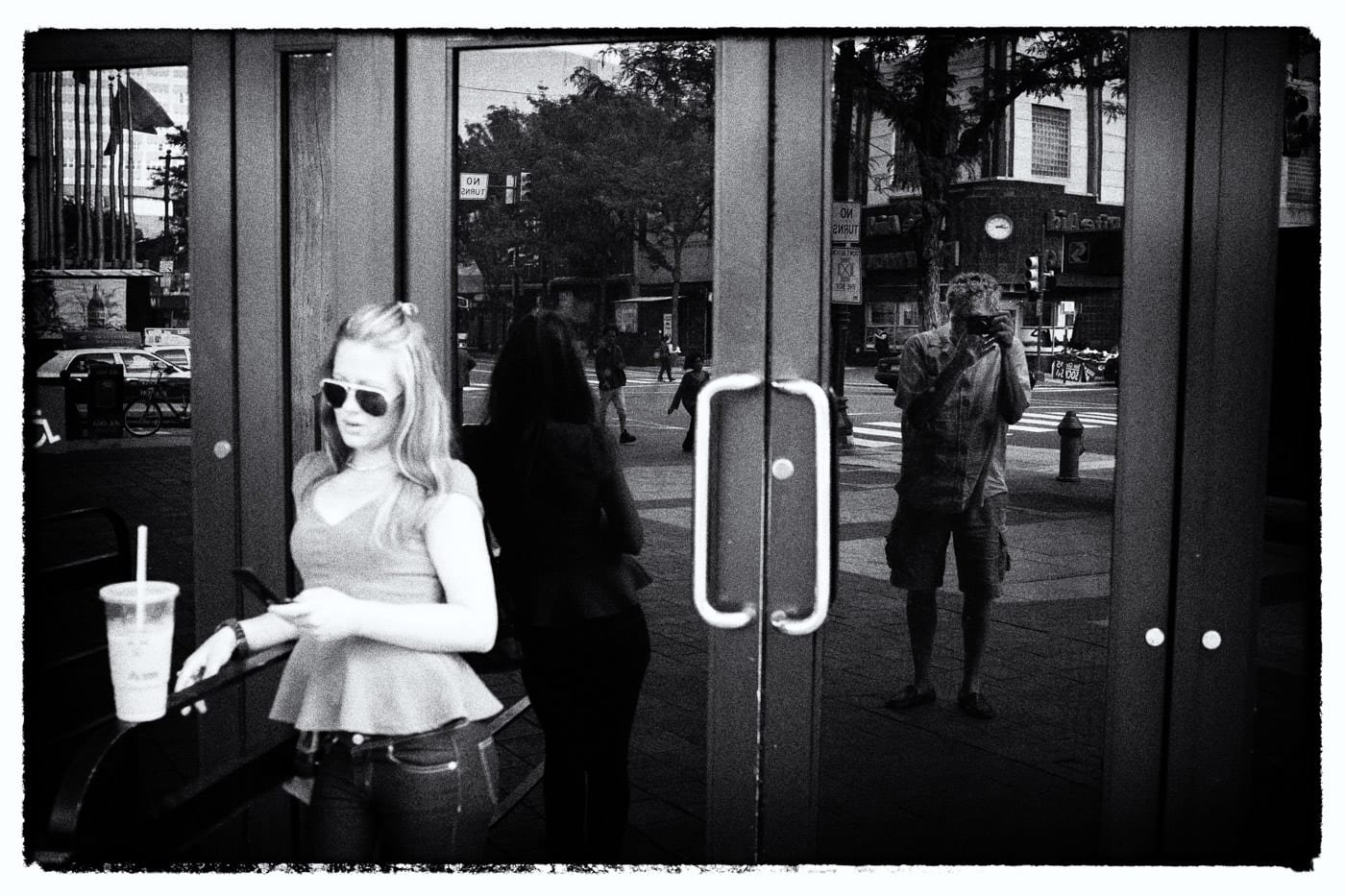 It was January 1970. I was a grunt in VietNam. I carried an M16 like everyone and  also  45ACP because I could hit anything at 100 yds. I also carried a Leica M4 with a 35mm Summicron. I met a Photojournalist from Australia and he took a liking to me and told me to use his Nikon F with a 200mm f/4 lens. He told me it was safer because I could be further from any action. I really appreciated his well wishes for me but my friends were up front so that’s where I was gonna be. My photos were at the front and not at a safe distance.

……move forward in time until now and things haven’t changed for me. I’ve spent a lot of time on the streets, I guess it’s life more than street but there are those amongst that need to label so I’ll humor them by being a streetshooter. Anyway, The Fuji X100s has the ability to transform your way of working and thinking to more of a cerebral experience. It’s the way the camera frees me up and let’s me work without intrusion. See, I kinda get into a zone or region that isn’t maybe so safe sometimes in different ways but the camera stays with me and supports what I get into. 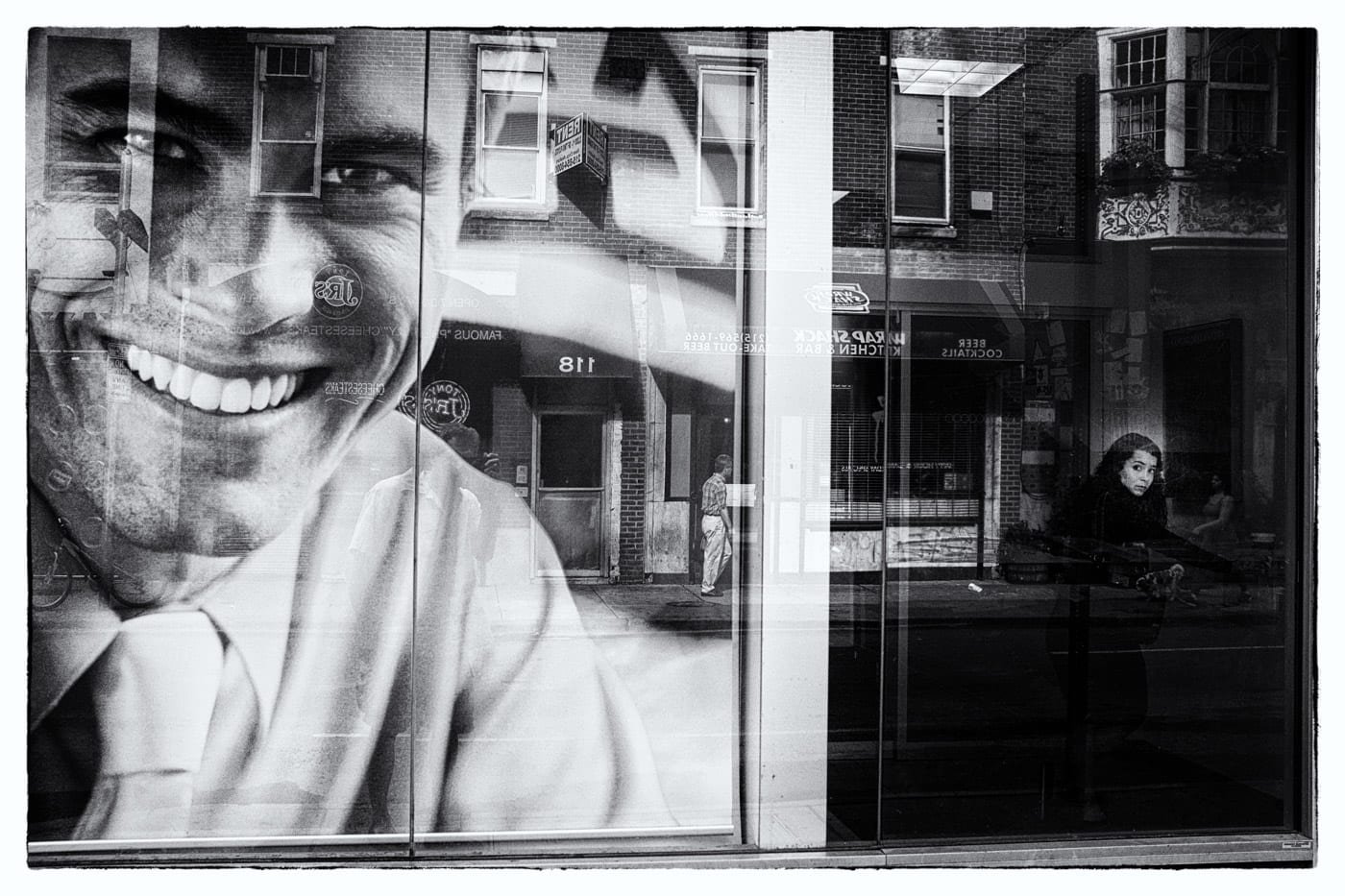 Not all cameras can do this and many shooters aren’t aware that any camera could do this. Really, I mean if you use cameras that cause issues and after a while you kinda get complacent about those issues, if you used a real friendly camera, you may not notice how friendly it really is. We get conditioned by the marketing people and in order to break away, we need to de-hypnotize ourselves. Not easy, especially if you don’t know your hypnotized. What wakes me up most times is the camera. Yup, it’s true. See, I walked around the streets of Center City Philadelphia almost every day for decades and always found images to make. Sometimes I would walk and not see a lot of interesting things because I was over saturated by the places I’ve been to a million times. 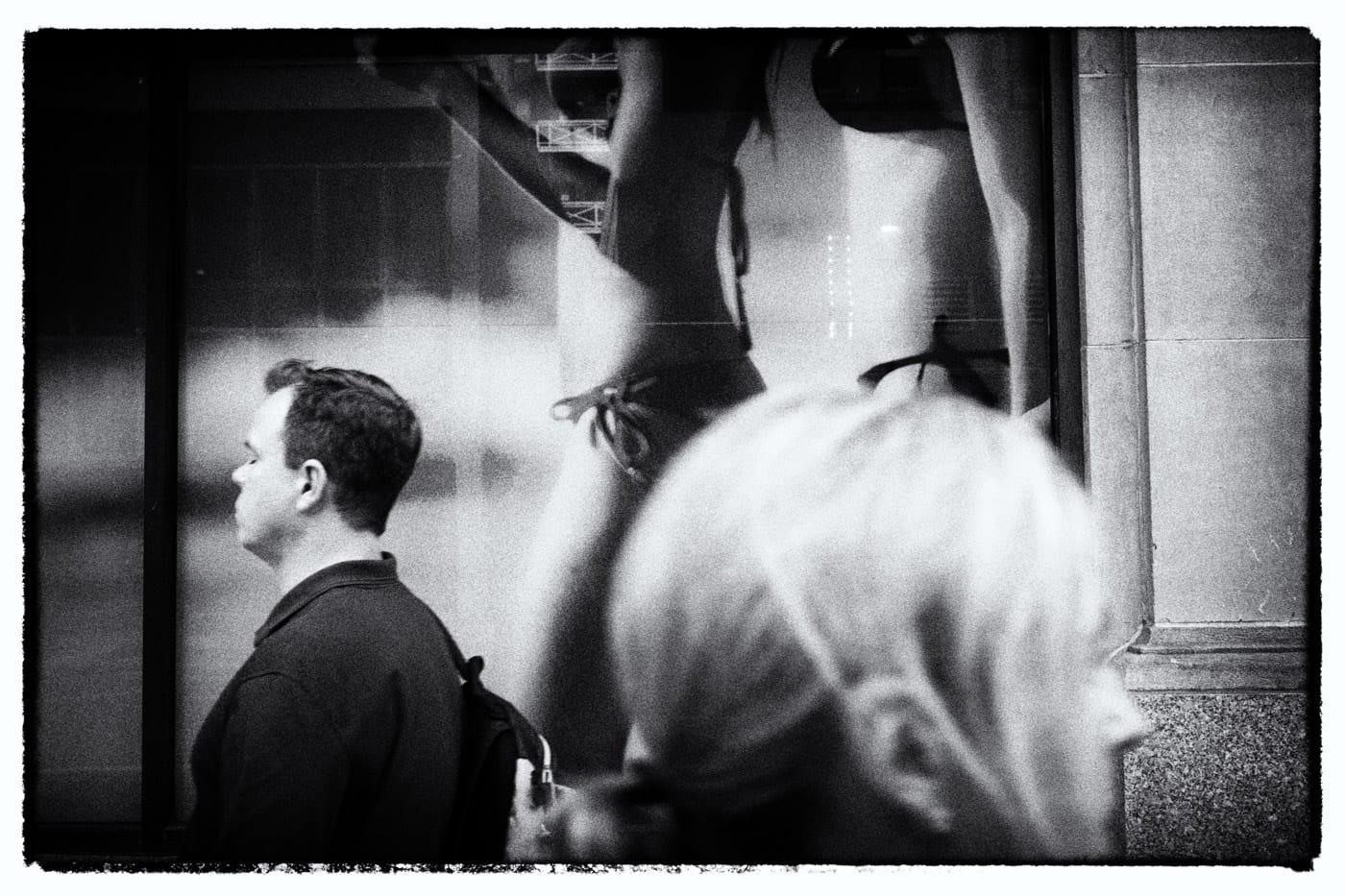 Well, Andre’ The Fuji X100s tells me, “Listen kiddo, you don’t get to be bored. lazy or complacent…I’ll kick your ass if you don’t keep working”. Now listen, anytime a camera tells me it’s gonna kick my ass… I listen. So even tho I have seen the places, light, views etc all these times, I have just begun to see them with Andre’. He’s challenging and helps me to see something as if it’s the last time I’m seeing it. 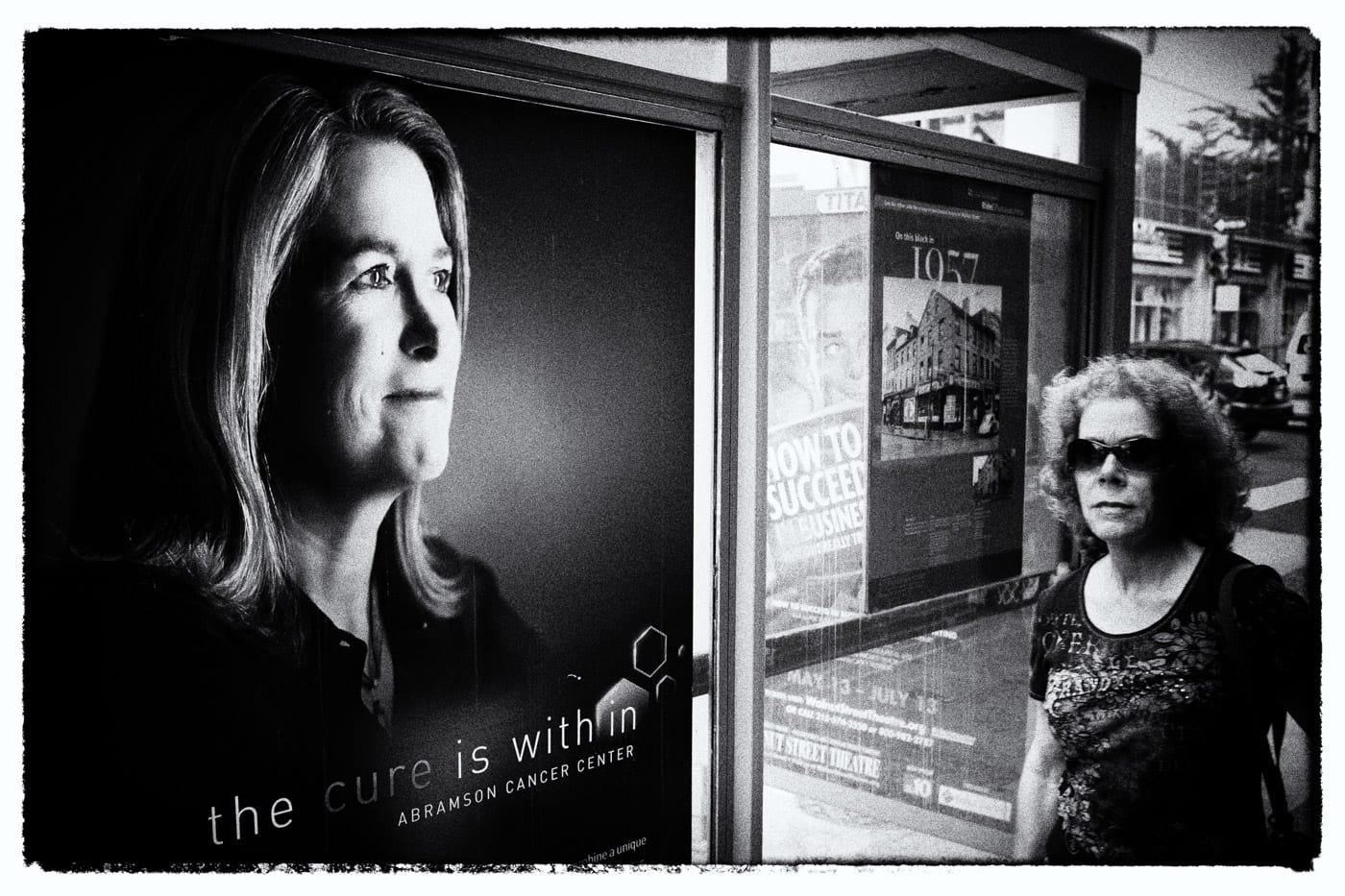 So I walk the same streets I’ve walked for all these years and I’ know the light bouncing off the buildings and I even see many of the same people I’ve seen and met many times over but how to do this?

If no two seconds of life are ever the same and there is a constant movement thru the universe and closer, the movement thru life, how is it possible to get bored making photos? 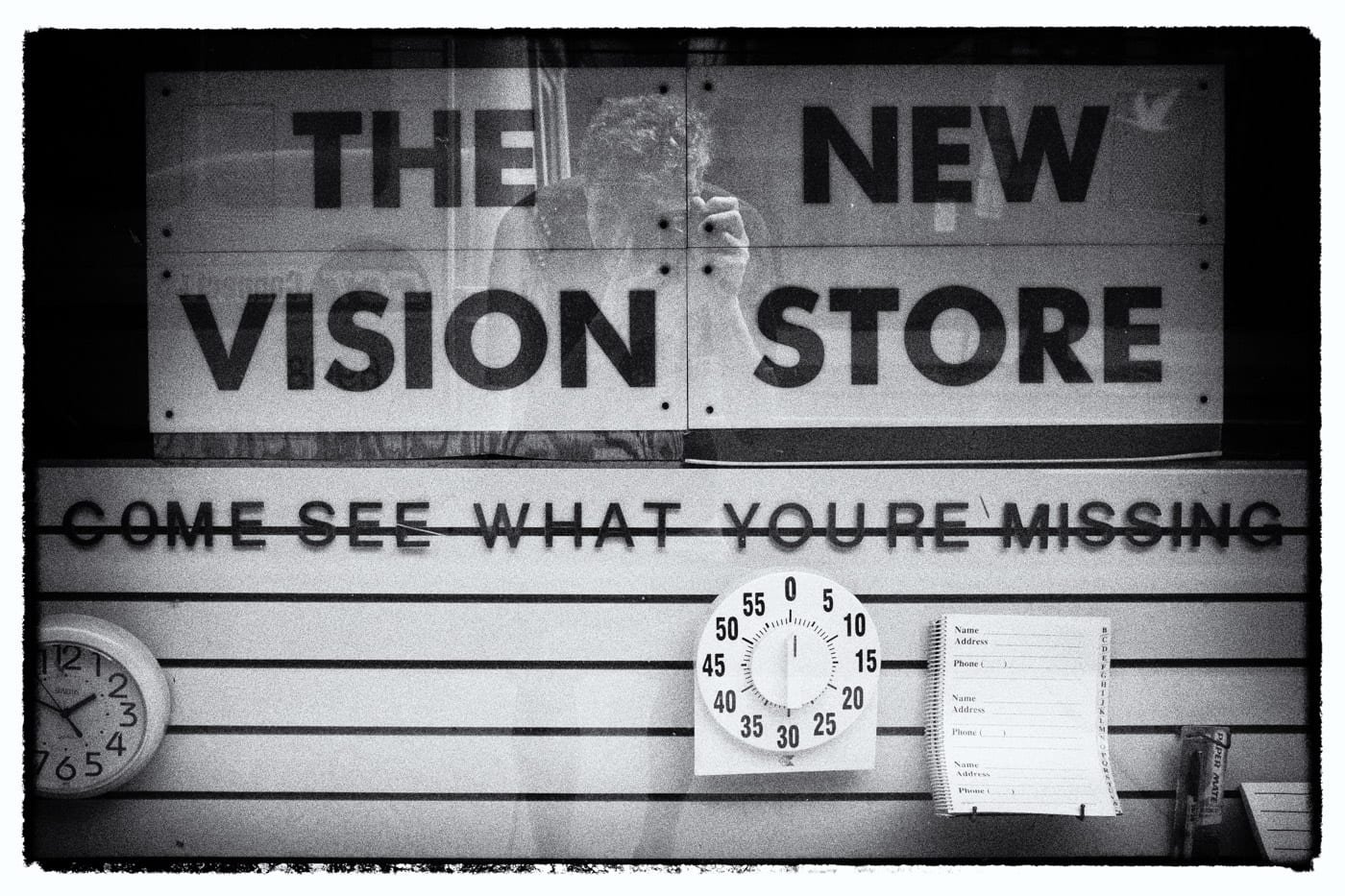 I’ll bet it has something to do with your outlook in life. If you have the outlook that you want to find yourself out in the world, and feel your presence pushing air and moving light and you want to breathe images, your a photographer, what could be better than that? 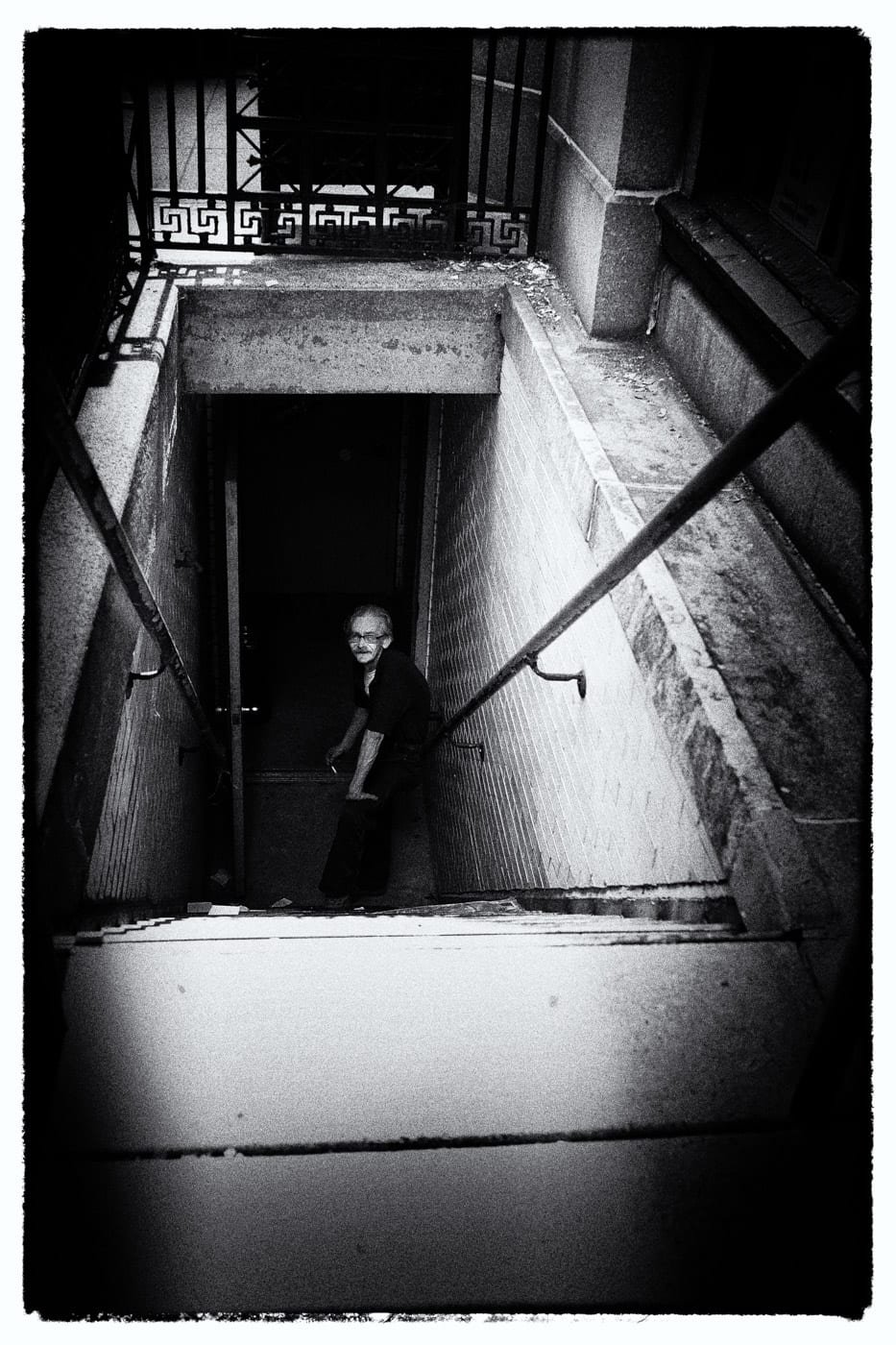 Be a Human Being with a camera, that’s what’s better and My friend Andre’ the Fuji X100s helps me be a better Human Being.